Note on Gas Chromatography and its Physical Methods 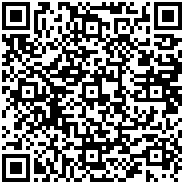 A gas chromatograph is made up of a narrow tube known as the column through which the vaporized sample is carried by a continuous flow of inert or nonreactive gas. Components of the sample pass through the column at different rates depending on their chemical and physical properties and the resulting interactions with the column lining or filling defined as the stationary phase. Typically, the column is placed within a temperature-controlled oven.

When the chemicals reach the end of the column they are electronically detected and identified. S/SL (split/split less) injector a sample is introduced into a heated small chamber via a septum with a syringe–the heat aids in the volatilization of the sample and sample matrix. The carrier gas then sweeps the entire sample (split mode) or a portion of the sample (split mode) into the column. In split mode, the split vent exhausts a portion of the sample/carrier gas mixture in the injection chamber. When working with samples with high analytic concentrations (>0.1 percent) split injection is preferred, whereas split less injection is best suited for trace analysis with low analytic concentrations (0.01%). The split valve opens after a predetermined amount of time in split less mode to purge heavier elements that would otherwise contaminate the system.

Gas source inlet or gas switching valve gaseous samples in collection bottles are connected to a six-port switching valve which is most commonly used. While a sample can be expanded into a previously evacuated sample loop the carrier gas flow is not interrupted. The contents of the sample loop are inserted into the carrier gas stream upon switching. An inert gas is bubbled through an aqueous sample causing insoluble volatile chemicals to be purged from the matrix. At room temperature the volatiles are 'trapped' on an absorbent column (also known as a trap or concentrator). The volatiles are then directed into the carrier gas stream after the trap is heated. The selection of the carrier gas (mobile phase) is critical. In terms of efficiency hydrogen has a range of flow rates comparable to helium. If flow rates are optimized helium may be more efficient and provide the best separation. Helium is non-flammable and compatible with a wider range of detectors and older instruments. As a result, helium is the most commonly used carrier gas. However, the cost of helium has risen significantly in recent years prompting an increasing number of chromatographers to switch to hydrogen gas. The continued preferential use of helium may be due to historical use rather than rational consideration. The Flame Ionization Detector (FID) and the Thermal Conductivity Detector (TCD) are two commonly used detectors. While TCDs are advantageous in that they are non-destructive their low detection limit for most analytes prevents their widespread use. FIDs are primarily sensitive to hydrocarbons and are more sensitive than TCD. Because FIDs do not detect water or carbon dioxide they are ideal for environmental organic analyte analysis. The Flame Ionization Detector (FID) detects analytes two to three times more sensitively than Thermal Conductivity Detector ((TCD).  The Thermal Conductivity Detector (TCD) is based on the thermal conductivity of matter passing around a tungsten-rhenium thin wire with a current flowing through it. Helium or nitrogen serve as the carrier gas in this configuration due to their relatively high thermal conductivity which keeps the filament cool while maintaining uniform resistivity and electrical efficiency. As analyte molecules elute from the column and mix with carrier gas thermal conductivity decreases while filament temperature and resistivity increase resulting in voltage fluctuations and eventually a detector response. Detector sensitivity is proportional to filament current and inversely proportional to the detector's immediate environmental temperature as well as the carrier gas flow rate. Electrodes are placed adjacent to a hydrogen/air-fueled flame near the exit of the column in a Flame Ionization Detector (FID) and when carbon-containing compounds exit the column they are pyrolyzed by the flame. Due to the ability of carbons to form cations and electrons upon pyrolysis which generates a current between the  electrodes this detector only works for organic/hydrocarbon containing compounds. The increase in current is translated into a chromatogram peak. FIDs have low detection limits (a few picograms per second) but they cannot produce ions from carbonyl-containing carbons. Helium, hydrogen, nitrogen and argon are all FID compatible carrier gases.