Outlook on Anaerobic Digestion Process and Methods to Evaluate Biogas A 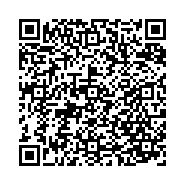 Nowadays the water treatment plants are assembled with anaerobic digesters for biogas production where the sewage sludge is digested and in turn the energy recovered is used for electricity generation and heat production. Ultimately the sludge volume reduces, which is the major aid to treatment plants and additionally the digestate residue can be reused as a soil conditioner to enhance plant growth and health. Moreover the fossil fuels are dipping to the critical point of exhaustion today which leads to investigations all around the world, to find sources for renewable energy production. Biogas is a renewable, alternative fuel, and to enhance the methane production and to make it as a commercial product, led to the development of innovative techniques and research within the field of anaerobic digestion. There are several methods available to determine methane potential and the automated methane potential test system is the latest among all these methods. On the other hand, gas chromatography is a conventional technique used mainly in this field of science for long time and therefore the whole research on anaerobic digestion and biogas production has been relied on this technology. In this study methane potential of different substrates and substrate mixtures of interest were detected using two different measurement methods, i.e. by Automated Methane Potential Test System (AMPTS) and by gas chromatography (GC). Among the investigated substrates citrus peel seemed to be the most difficult one, therefore the optimal inoculums substrate ratio (I/S ratio) was also determined when utilizing citrus peel. Moreover the characterization of the digestate residue was also performed, to be able to detect any inhibitory effects of the reject water on nitrifying bacteria in the water treatment system [1,2]. As the investigations were connected to the water treatment plant, the determination of heavy metals and the ammonium and phosphorus content was also important to carry out.

The interest in manufacturing natural gas by decomposing biodegradable organic materials can be dated back to the 17th century. Scientists, Stephan Hale and Robert Boyle reported a process there a flammable gas was released when the sediments at the bottom of lake and streams were disturbed. Sir Humphrey Davy noted that a mixture of gas including methane and carbon dioxide can be produced from cattle manure. The first anaerobic digester was first built by Lepers in 1859 at Bombay (India) and an early design of digester, the Imhoff tank, was patented in Germany in 1907 [2]. The anaerobic digestion process is actually a breakdown of organic materials by microorganisms in the absence of oxygen. Anaerobic digestion reduces the landfill gas emissions into the atmosphere and also the produced gas, a mixture of CH4 and CO2, can be used as a renewable source of energy. This process can be used in the treatment of organic waste from different sources, both municipal and industrial waste. This technology is being considered as an environmentally sustainable technology [3]. Biogas consists of 50 to 65% of methane (CH4 ), and 35 to 50% of carbon dioxide (CO2 ) and traces of H2S and H2 . The proportion for different components may differ based on the substrate used [4].

The methane production by anaerobic digestion process is divided into four different stages; these stages illustrate the sequence of microbial events taking place during the degradation process. The four stages are hydrolysis, fermentation, acid formation acetogenesis and methanogenesis [5]. The digestion of organic materials starts with breaking down the complex polymers due to bacterial hydrolysis (breakdown by enzymes). Many organic polymers including carbohydrates and proteins are accessible to many bacterial forms and are converted into sugars and amino acids respectively and further converted into acetic acid. The acetic acid, hydrogen and carbon dioxide, further taken up by the methanogens which finally convert them into methane and carbon dioxide called as biogas. The methane present in the biogas is also known as biomethane and the process as biomethanation. Some of the methane forming bacteria can also utilize organic compounds like formate, methanol, methylamine beside acetate and inorganic compounds like hydrogen and carbon dioxide [5,6]. The anaerobic digestion chain proceeds efficiently only if the degradation rates of all four stages are equal and if any of the stages is inhibited the methane production will be decreasing or stopped.

Along with nutritional composition and temperature, there are several factors that maintain the stability of a process, such as pH, Alkalinity, Volatile fatty acid composition and content and Volatile acidity/alkalinity ratio [7]. Other parameters like particle size and inoculum/substrate ratio will affect the digestion rate. Stirring is also important to maintain the temperature and to provide mixing of substrate and bacteria [8].

Microorganisms require different compound for energy generation and cellular biosynthesis. The growth of microorganisms requires the basic compounds such as the carbon, nitrogen and phosphorus, micronutrients, vitamins and some trace elements and the composition of nutrients in the substrate should be sufficient for efficient microbial growth in the digester. When the nutritional composition is insufficient, this leads to low methane production [9]. The carbon requirement is higher, when compared to nitrogen and this can be determined as the optimal carbon-nitrogen ratio [4]. The optimum range of C/N ratio for anaerobic digestion is 16:1- 25:1, where it is believed to be good digestion occurs and more gas is produced [8].

The optimum pH in a digester should be maintained in the range between 6.8 and 7.2. At the beginning of the digestion process, the pH decreases as the volatile fatty acids are produced and as the process continues, these volatile fatty acids are consumed by methanogens leading to an increase in the pH. Thus it is proved that the digester stability is maintained when the alkalinity is high in the process and to keep this stable, the composition and concentration of substrates should be managed at optimal level. The alteration in pH ultimately has an effect on enzymes that play a key role in microbial activity [5].

During anaerobic digestion, the contents in the digester should be regularly mixed. The main objectives of mixing, that it provides stability to bio-processing in terms of physical, chemical and biological homogeneity in digester. Mixing increases the digestion rate by distribution of bacteria and important components required for microbial growth, such as nutrients. As continuous mixing is costly and due its drawbacks in processing, the most preferable mixing would be three to six periods per day for 1 to 3 hrs.

Decreasing the particle size increases the biodegradability, where physical pre-treatment methods are being used to decrease the particle size before the digestion process [12]. As the particle size decreases, it gives more surface area for specific enzymes resulting in better growth of microorganisms and hence better degradation of substrate. In commercial basis, the 1mm size of a particle was proved to be not an economical approach [5].

Techniques to Determine the Methane Yield

There are different techniques to determine the methane yield of a substrate [13]. The techniques for gas measurement are as follows,

BMP is an analytic method for determination of methane potential for different organic substrates. The method developed at the 1970`s, its frequently used and well documented in the literature. BMP is done basically by mixing the substrate with active anaerobic inoculum in anaerobic batch digesters, usually on a lab scale. When analyzing with BMP several factors should be taking into consideration. The most significant factors are: Pretreatment and handling of the sample and the inoculum, the inoculum to substrate ratio, the temperature, the steering, the particle size of the substrate, replicates, blank and controls.

There are different approaches to monitoring the methane produced, the gas monitoring usually (not always) involves GC. Common methods that involve GC measurements are: Collection of gas in a “gas bag” for volume measurements and GC uses to detect the gas composition [14-23].

-Monitoring with pressure gauge for volume measurements and GC uses to detect the composition.

-First, a sample with defined volume is analyzed by GC (overpressure) and after equalization of the pressure in the reactor a second sample is analyzed by GC. This method was used in this study and will be described in detail under “Gas measurement using GC” [24].

Gas chromatography (GC) is a diagnostic technique for separating different compounds based on their volatilities. This technique provides both qualitative and quantitative data for each separate compound present in a sample to be analyzed. Mostly the test samples are gases. In case those samples are in any other form, they are vaporized into gaseous state before injecting into the GC [24-31]. The compounds injected, will be divided into a stationary phase, which can be a solid or liquid, and a mobile phase (gas). By differential partitioning of the sample into the stationary phase, the compounds can be separated in time and space. A sample to be tested by GC should be volatile enough and must be thermally stable [32,33].

The methane and carbon dioxide content was measured throughout the process period at regular intervals of 3 days, thus 10 measurements has been taken during the process period of 30 days. A pressure lock gas syringe (VICI, Precision Sampling Inc., USA) was used to take samples from the headspace of the bio reactors [42-52]. Samples of 0.25ml, taken from the head space, were directly injected into gas chromatograph (Auto System, Perkin Elmer, USA) equipped with a packed column (Perkin Elmer, 6’ x 1.8” OD, 80/100, Mesh, USA) and a thermal conductivity detector (Perkin Elmer, USA) with inject temperature of 150°C. The mobile or carrier gas used in this GC operation was nitrogen with 25ml/min at 60 0C. For each bioreactor two measurements were taken, one with overpressure and the second after releasing the overpressure. The excess gas formed in the reactor was released with the help of the hospital surgical needle under the hood. The amount of gas released from the bioreactor can be calculated from the measurement of methane content in the headspace before and after the release. This method for calculation of methane potential with GC is similar to the method described in “Method for determination of methane potential of solid organic waste” [52-63].

Bioprocess Control Sweden AB (BPC) was founded in 2006. It is a privately held company in the area of advanced control technologies for the commercial biogas industry, within instrumentation, control and automation of anaerobic digestion processes [64-71].

At the end of 2009 Bioprocess Control launched the Automatic Methane Potential Test System I (AMPTS I). In April 2011 an update version of the AMPTS was made commercially available. The new instrument, AMPTS II, is an analytical device developed for on-line measurements of ultra-low bio-methane flows produced from the anaerobic digestion of biological degradable substrates [71,72].

The instrument setup can be divided into three units

Unit A (sample incubation unit), consists of 15 glass bottles with a volume of 500 ml. The bottles are closed by using an aluminum screw thread installed with a motor allowing continuous stirring during the trials [73-82].

Unit B (CO2-fixing unit), consists of a multi-point magnetic stirrer, magnet, rubber stopper with two metal tubes and 15 glass bottles of 100 ml for each reactor. Generated biogas in the sample incubation unit, has to pass through a separate bottle containing an alkali solution and thus this setup is used to trap CO2 and H2S. Each bottle of the CO2-fixing unit is prepared with 80 ml of alkali solution (3M NaOH) and a pH-indicator (0.4 % Thymolphthalein) to provide sufficient OH- ions for fixing the CO2 and H2S (Bioprocess control AB 2010) [82-100].

In unit C (gas volume measuring device) the volume of CH4 gas released from unit B is measured by using a wet gas flow measuring device with a multi-flow cell arrangement (15 cells). The measuring device works according to the principle of liquid displacement and buoyancy enabling to monitor ultra-low gas flows. Digital pulses are generated when a defined volume of gas flows through the device. An integrated embedded data acquisition system is used to record, display and analyze the results (Bioprocess control AB 2010) [100-104].