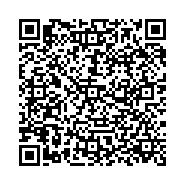 Feline Immunodeficiency Virus (FIV) is a lentivirus that affects cats worldwide. Initially known as Feline T-lymphotropic virus, A colony of cats with a high incidence of secondary infections and degenerative illnesses was found to have FIV in 1986. It has been identified in domestic cats. FIV may have its origins in Africa and has subsequently spread to all feline species in the world.

By infecting a variety of cell types including CD4+ and CD8+ T cells, B lymphocytes and macrophages, FIV weakens the immune system of cats. Although FIV can be well tolerated by cats, the infection and exhaustion of T-helper (CD4+) cells can eventually cause the immune system of its feline hosts to become compromised. Lentiviruses include FIV and HIV. FIV cannot, however, infect people just as HIV cannot infect cats. Through deep bite wounds, the virus contained in the saliva of an infected cat enters the body tissues of an uninfected cat. Pet owner can prolong the life of a sick cat by treating any future infections. It is unlikely that a cat with FIV would infect other cats residing in the same home, barring scuffles or wounds that would allow the virus to move from an infected to non-infected cat. The majority of newborn kittens will eventually test negative following the first six months while some may test positive. This is assumed to be a result of the mother's milk transferring antibodies to the kittens. However, these antibodies are temporary further testing will come out negative. They will always test positive after receiving a FIV vaccination since the various blood tests can identify and reveal the antibodies that have grown in response to the immunisation. In fact, certain huge wild cats like African lions are indigenous to the FIV virus which is known to affect other feline species. There are three primary clades of FIV: FIV-Ple (lion), FIV-Fca (domestic cat) and FIV-Pco (puma). Due to the limited types of APOBEC3 enzymes that the viral infectivity factor can deactivate the host borders are typically well-maintained.

The virus enters host cells by interacting with the surface receptors of the target cells with its own envelope glycoproteins. First, a host cell receptor called CD134 is bound by the SU glycoprotein. The SU protein's structure is altered by this initial contact the cellular and viral membranes fuse as a result of this interaction allowing the viral RNA to enter the cytoplasm for reverse transcription and nonhomologous recombination before being incorporated into the cellular genome. Once the virus has entered the genome of the host cell, it can cause cell lysis or remain dormant in the asymptomatic stage for lengthy periods of time without being noticed by the immune system.

T-cell stimulation, proliferation, activation and apoptosis are brought on by CD134 which is mostly present on active T cells. As a result, immune system-important cells see a large decline. Once the condition evolves to feline acquired immune deficiency syndrome, the cat is susceptible to opportunistic illnesses due to low numbers of CD4+ and other compromised immune system cells.

FIV develops in stages similar to those of HIV. Lethargy, anorexia, fever and lymphadenopathy are minor symptoms that are present during the first stage which is often known as the acute phase (swelling of the lymph nodes). The asymptomatic stage immediately follows this brief initial stage. In this case, the cat exhibits no observable symptoms for an arbitrary period of time. Some cats only spend a few months in this latent stage while others can remain in it for years. The pathogenicity of the infecting virus and FIV subtypes (A-E), the age of the cat and exposure to other diseases are all factors that affect how long the asymptomatic period lasts. The cat then advances to the last stage also referred to as the Feline Acquired Immune Deficiency Syndrome (FAIDS) stage where it becomes incredibly vulnerable to secondary illnesses that invariably result in death.