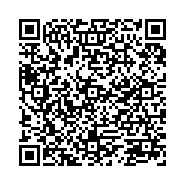 In this review, the general mechanism of anti-tubulin agents has been summarized used for cancer treatment. Cancer is one of the most problematic ailments that do not have an ideal cure till date, but several phytoconstituents are found to be promising for the treatment of cancer by interfering with the normal cell cycle/mitosis in the cancerous cells. The plant having tubulin inhibiting properties are discussed and their binding domains are presented. The mechanism of action is based on destabilizing the tubulin protein which is important for the cell cycle. Plants from diverse sources were found to be effective in arresting the cell cycle and hence limiting the cancer growth with the least possible adverse effects.

Microtubules act as supporting framework in cellular morphology in interphase. Microtubules play an important role in the division of cells [2]. They are the key component of mitotic spindles which are essential for cellular division [4]. The microtubules are structural elements of the cell cytoskeleton composed of tubulin polymers. Microtubules are generally composed heterodimers i.e. α, β-tubulin. Therefore, tubulin found to be an important target for anticancer drug discovery. It is a globular protein [1]. Targeting agents for Microtubules are categorized into two classes: Microtubule-Stabilizing agents (MSAs) and Microtubules destabilizing agents (MDAs) [3]. MSAs prevent microtubule degradation like taxanes and epothilones. Whereas, MDAs induces microtubules destabilization by blocking microtubule assemblies like vinca alkaloids and colchicine [3]. Several natural compounds like colchicine, podophyllotoxin, steganacine and combretastatins are found to be effective in inhibiting polymerization of tubulin proteins [1]. These drugs act by inhibiting polymerization or by preventing depolymerization of these globular proteins [2].

In the area of cancer Natural anti-tubulin agents have occupied an intuitive place because of their excellent therapeutic effects. Today, a lot of binding domains have been exploring to which these natural agents binds and out of these, there are three major binding domains of tubulin are 1. Taxol, 2. Vinca, and, 3. Colchicine binding domain [5].

Cancer remains an intriguing area and having great challenges for Pharmacology. On the one side, the use of anticancer drugs produces high rates cure, without which there would be a high rate of mortality. On the other side, some types of cancers are merely affected or treated by currently available drugs. In this scenario, natural agents found to be promising not only in treating the deadly disease but also with minimum adverse effect to the sufferer.

A treasure of novel drugs has been brought to the market, due in part to the often-deadly nature of the disease and the psyche of a sufferer to try a novel treatment in the scope of extending their life [6].

According to ICMR and NICPR’s Cancer statistics in India [7], the estimated number of people living with the disease are approx. 2.25 million and over 11,57,294 people registered every year as new cancer patients. There are around 7,84,821 cancer-related deaths in India. One woman dies in every 8 minutes due to cervical cancer. For every 2 women newly diagnosed with breast cancer, one woman dies of it in India. Risk of dying from cancer before the age of 75 years is 7.34% in males and 6.28% in females. Cancers of the oral cavity and lungs account for over 25% of cancer deaths in males and cancer of the breast and oral cavity account for 25% cancers in females.

By definition, Cancer is uncontrolled multiplication and spread of abnormal cells of the body. Both benign and malignant cancers show uncontrolled proliferation but the malignant cancers differentiated on the ground of de-differentiation, invasiveness, and metastasis. These characteristics show altered patterns of gene expression in cancer cells and occurred mainly due to inherited and acquired mutations [6].

The plant kingdom, from many decades, witnessed for a lot of phytochemicals with anticancer activity, and chemicals extracted and isolated from Catharanthus, Taxus, and Podophyllum are among the most effective in current usage [8].

It has been measured that over 60% of the anticancer drugs in the current scenario are in some way or other derived from plants and microbial sources. And marine products are still under scrutiny for anticancer effects, like Halichondrin B and homohalichondrin B [9].

For an anticancer drug to be successful it should kill and incapacitate cancer cells without harm to the normal dividing cells of the body. This ideal feature is the major difficulty to achieve, perhaps impossible to attain and that’s why cancer patients frequently suffer from various adverse and side-effects when undergoing treatment [8].

A detailed survey of the literature, present over 1400 genera having anticancer activity (Hartwell, 1967-71). Ancient Chinese used resins from the root of Podophyllum hexenadrum for antitumor activity. Semi-synthetic derivatives of Podophyllum i.e. Podophyllotoxin, etoposide and teniposide, also gave very good results for anticancer activity. They are currently available from small-cell lung cancer and testicular cancer. Since 180 AD the juice of Solanum dulcamara (having Beta-Solamarine) has been used to treat cancer, tumours, warts, and its reference appears in many kinds of literature. Some lichens which are a rich source of Usnic acid (Cladonia, Centralia, Usnea) are also recognized for antitumor activity. Apart from this Viscum album and Daphne mezereum also show anticancer activity.

Catharanthus roseus, a very successful plant used in cancer chemotherapy. Research on this plant was started its use in the treatment of diabetes but no hypoglycaemic activity was recorded, rather test animals became susceptible for bacterial infection, which turns the research towards its’ immunosuppressive principles. And further, vincaleukonlastine (vinblastine) and Leurocristine (Vincristine), extracted commercially from it and used either alone or in combination with other chemotherapeutics for the treatment of cancers. Another important discovery in the field of herbal anti-cancer drugs is Paclitaxel (Taxol), it is a modified diterpene isolated from Pacific Yew (Taxus brevifolia) [8].

Some phytochemicals based on their binding domain [5]

Beta-tubulin subunit is the major site for binding for tubulin inhibitors. Colchicine binds to soluble tubulin prior to acting on microtubule dynamics. Tubulin-colchicine and tubulin-vinca alkaloids bind and poison the microtubule + & - ends, and hence, changing the on and off reactivity which leads to a reduction in the ability to grow and shorten [10].

These compounds in higher concentration stoichiometrically bind to tubulin subunits and lead to rapid destabilization of the polymer assembly. This effect is generally seen with Vincristine in the form of Vincristine induced spiral proto-filaments [10].

On the other hand, Taxanes bind only to polymerized tubulin dimer in the microtubule. Taxanes group includes Paclitaxel, docetaxel, cabazitaxel. These agents stabilize/freeze the microtubules [6].

It contains 3.5 to 6% of a resin whose active principles are lignans, which are essentially C18-compounds related biosynthetically to the flavonoids and are derived by dimerisation of two C6-C3 units [12] (Figure 1). The most important ones present in the podophyllum resin, are podophyllotoxin (20% in American Podophyllum) and in much higher quantum almost up to 40% in Indian Podophyllum. Besides, it also contains α-peltatin (10%) and β-peltatin (5%).

It is an alkaloid occurring naturally in Colchicum autumnale, belonging to family Liliaceae. It is also found in Gloriosa superba. With advances in the pharmacology, colchicine was found its application in oncology. Colchicine is a useful antimitotic agent in cancer treatment [13]. Due to its’ high toxicity attempts have been made to synthesize colchicine derivatives having high efficacy and lower toxicity (Figure 2). 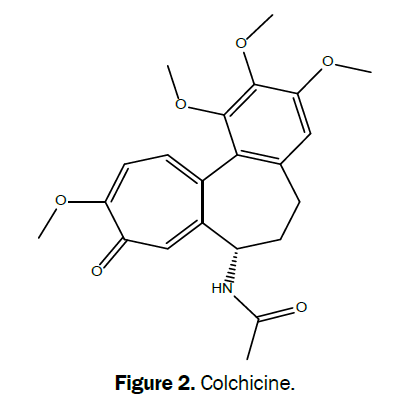 Paclitaxel is extracted from the Pacific yew tree Taxus brevifolia and having antineoplastic activity [14]. Paclitaxel binds to tubulin and inhibits the disassembly of microtubules hence, resulting in the inhibition of cell division and showing anticancer effect (Figure 4). It also shows apoptosis due to binding and blocking the apoptosis inhibitor protein (Bcl-2). 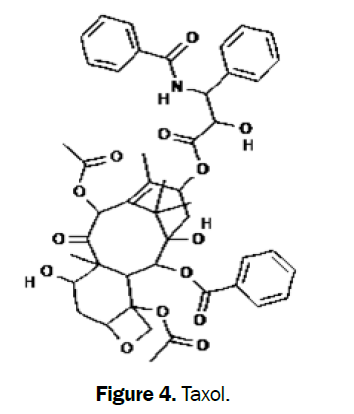 They are stilbenes derivatives isolated from Combretum caffrum (South African Bush Willow) (Figure 5). Because of its’ vascular shutdown activity, it acts as an antiangiogenic agent and useful as an antitumor agent [15,16]. It has received Orphan drug status from the US-FDA for treatment of a variety of cancers like thyroid & ovarian cancers. There are enormous opportunities to develop a variety of Tubulin inhibitor derivatives after successful modification is phytochemicals obtained from above-mentioned plants. As well, the search has already been going for discovering new phytoconstituents having similar kind of activity but more selectivity and specificity towards the target. Stereotypical aspects are also needed to be considered while establishing the SAR for these types of agents. The ultimate goal is to curb the cancer development and growth and improves the quality of life years of the patient suffering from cancer.

This review did not receive any specific grant from funding agencies in the public, commercial or non-for profit sectors.