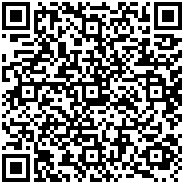 Antimicrobial Resistance (AMR) encompasses an inability of medication to cure infections caused by microorganisms such as bacteria (e.g. Tuberculosis), virus (e.g. AIDS), fungi (e.g. Candida) and parasites (e.g. Malaria and Helminthes). These microbes evolve to develop resistance against antimicrobials such as antibiotics, antivirals, antifungal and antiparasitic drugs. Inappropriate use of these medicines, for example, taking lower then prescribed doses or an inability to complete the prescribed course of treatment, wrong prescription, low-quality medicines, and absence of or poor infection prevention and control program; which are the factors that contribute in the emergence of AMR. Due to changes in their genetic material, these resistant microbes can spread to other hosts and may kill them. Therefore, the emergence of AMR imposes a huge global health burden and has the potential to take humanity back to the pre-antibiotic era resulting in death due to previously curable diseases.

The aggravating factor is the lack of identification of this emergence. It stems from the poor surveillance, improper methods of diagnosis, and the lack of governing authorities’ willingness to acknowledge, inform and take affirmative actions. However, recently the World Health Organization (WHO) has compiled a list of priority pathogens with antimicrobial resistance. It is a statement acknowledging the existence of such pathogens at the highest political level and warrants a detailed action plan inplace.

A plan to this effect was proposed by the interagency Task Force on AMR in the USA in 2014, and a plan effective worldwide was proposed by the WHO in 2015. The plan mainly focuses on education and awareness, surveillance, prevention and control, research, and product development. It is necessary for all the medical and veterinary practitioners to prescribe optimized dosage of the drug and to educate people towards judicious use of antimicrobial drugs. The plan asks regulatory authorities to monitor the use of antimicrobial drugs, collect susceptibility data, and monitor AMR in agricultural and veterinary settings. Governments must develop policies with an increased emphasis on effective hygiene and sanitation, which will help in reduction of the chances of spread of infection. The scientific bodies, including industrial and governmental organizations, should invest in the identification of newer effective molecules against resistant organisms while unraveling mechanism of the drug resistance development.

In this endeavor a list of pathogens with AMR, released by WHO, is of immense help in guiding scientific bodies to focus attention on those chosen organisms first. These organisms have been classified into critical, high and medium categories according to the urgency with which development of a new antibiotic is required. The top priority is given to the multidrug-resistant Acinetobacter baumannii, Pseudomonas aeruginosa, and Enterobacteriaceae, which are classified in the critical category. Other increasingly drug-resistant common infections such as Staphylococcus aureus, Helicobacter pylori, Salmonellae and Neisseria gonorrhoeae, etc. had been included in high and medium categories. The list is to prioritize research and development initiatives in these identified areas.

It is a welcome step, as this list brings attention to the emergence of AMR; as knowing your enemy is the first step towards defensing oneself. However, the list puts research on other equally important areas in danger of losing attention and funding. A glaring example is the omission of multidrug-resistant Mycobacterium tuberculosis (MDR-TB) from the list. While WHO has explained that there are currently several programs with special emphasis on MDR-TB, but its exclusion poses a risk on dilution of efforts towards finding effective drug regimen against it. Similarly, other important microorganisms such as Clostridium difficile and many other viral, fungal and parasitic disease-causing organisms are not included in the list.

Listing microorganisms in a priority order for research is an essential step forward with hope that it will spur an initiative to bring governments, pharmaceutical manufacturers, academicians, and healthcare professionals on a common platform. The concerted efforts in finding new antimicrobial drugs and developing an effective regimen will pave way to deal with other healthrelated issues in an organized manner. It is incumbent upon WHO to regularly revisit its list to ensure the inclusion of the microbes in all areas of health need.