Retreatment of Mandibular Fractures: A 7-year Retrospective Study of 34 Cases 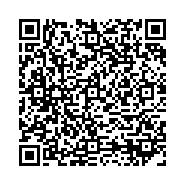 Background: Complications can occur after treatment of mandibular fracture that may require a new surgical treatment; only few studies have evaluated retreatment. Objective: To evaluate the characteristics and the types of treatment done in patients requiring retreatment of mandibular fractures. Materials and Methods: A seven-year retrospective study was done at the Dental and Maxillofacial Surgery Clinic of the study institution. Patients’ data were collected from the hospital records and entered into a pro-forma questionnaire. Results: Overall, 1,373 patients with 1,589 fractures were evaluated, and 39/1589 fractures (2.5%) were retreated due to non- union (n=35, 2.2%) and mal-union (n=4, 0.3%). There were 30 (88.2%) males and 4 (11.8%) females with male to female ratio of 7.5:1. The age of the patients ranged from 26 to 57 years with a mean age of 41.3 ± 4.3 years. Majority (n=27/34, 79.3%) of the patients were in the 4th and 5th decades of life (p=0.001). The premature disruption of inter-maxillary fixation (IMF) after treatment was the most common (n=21/34, 61.8%) associated factor (p= 0.001). The mal-union (n=4, 0.3%) were retreated by re-fracture, nonunion involving the mandibular angle (n= 7, 0.4%) by debridement with removal of bone sequestration and trans-osseous wiring while other nonunion (n=28, 1.8%) by debridement with removal of bone sequestration; and all the patients were thereafter placed on IMF. Conclusion: This study showed that the fractures that required retreatment were due to non-union and mal-union.

The retrospective study was designed to evaluate 1,373 patients with 1,589 mandibular fractures, treated by closed reduction technique, and thereafter characterize those that were retreated for non- union and mal-union of fractures. The sample size for this study was calculated by using the formula recommended by Dupont and Plummer [12]. The patients presented at the Oral and Maxillofacial Surgery Clinic of the institution between January 2008 and December 2014. Informed consent was obtained from the patients before their inclusion in the study. The study was granted an exemption from ethical clearance by the Research and Ethics Committee of our institution because of the retrospective nature of the study. All the known cases that presented with non-union and mal-union of mandibular fractures within this period were included in the study. Excluded were patients with incomplete data. The diagnosis of non- union and mal-union of mandibular fractures was made post-operatively by clinical and radiographic examination of the fracture sites between five and six weeks.

Information obtained from the hospital register, case files and plain radiographs of the patients were recorded in a pro-forma questionnaire designed for the study. The information recorded were age, gender, dental status, etiology, type, site, degree of fragmentation and number of fractures; associated injuries/factors, time between injury and initial treatment, and treatment used to correct non-union and mal-union. The data obtained were analyzed using EPI INFO 7, 0.2.0, 2012 version software (CDC, Atlanta, GA, USA). P<0.05 were considered to be significant.

The distribution of the patients according to age and associated clinical factors (Table 2). The premature disruption of the fixation (IMF) after treatment was the most common (n=21, 61.8%) associated factor and this was significant (p=0.001). The associated injuries were Le Fort 1, 11 and zygomatic complex fractures (n=4, 14.7%) and fractures of the long bones of the legs (n=2, 5.9%). Also 4 (11.8%) of the patients were initially treated by traditional bone setters before consultation at the clinic. On the dental status of the patients, 28/34 (82.3%) were partially edentulous while 6/34 (17.7%) were dentate. The mean duration between injury and initial treatment was 1.8 ± 2.4 weeks (range 5 days-6.3 weeks). The patients that had mal-union presented with mal-occlusion, while those with non-union had symptoms and signs of pain, tenderness and mobility at the fractured sites.

Table 2: Distribution of patients according to age and associated clinical factors.

The cases of mal-union (n=4, 0.3%) were retreated by re-fracture, non-union involving the mandibular angle (n=7, 0.4%) by debridement with removal of bone sequestration, trans-osseous wiring while the rest of the non-union (n=28, 1.8%) by debridement with removal of bone sequestration. All the patients were thereafter placed on IMF; the IMF was left in-situ for 6 weeks in cases of mal-union, and 8 weeks for non-union. The mean follow-up period after the retreatment of the complicated fractures was 12 ± 1.2 months (range 4-19 months). The fractures that presented with non-union and mal-union were successfully retreated using these methods.

The present study showed that the prevalence of retreatment of mandibular fractures in this series was 2.5% of fractures; and the factors that contributed to retreatment were due to non- union and mal-union of fractures. The re-treatments were by debridement, removal of bone sequestration, re-fracture, trans-osseous wiring and IMF. The prevalence in this study is lower than the 4.7% reported by Luz et al. [13] but higher than the 0.94% documented in another study. 11 However, it was closely similar to the 2.7% reported by Bell and Wilson [14] of the treatment of only mandibular angle fractures using open reduction and RIF technique. Unlike the present study, the initial treatment methods of the mandibular fractures in the studies by Luz et al. [13] and Bell and Wilson 14 were by RIF, and a combination of IMF and RIF respectively. This prevalence varies from one study to another making it difficult to draw definitive conclusion from them due to the differences in study design, type of fractures treated, the number and type of patients as well as the methods of treatment employed which were not standardized. It has been stated that the ideal method for treating mandibular fractures is RIF using bone plates or mini-plates [15,16]. It is a more cost-effective treatment than non-rigid methods like IMF, partly due to the reduced probability of postoperative complications that could necessitate further retreatment like re-operating [15]. Also the associated clinical factors identified in this study may have contributed to the prevalence obtained, particularly the premature disruption of the IMF for want of food and its inconveniences which was found to be significant (p=0.001). All the other clinical factors identified in the present study particularly diabetes mellitus and human immunodeficiency virus (HIV) infection which compromise the immune system and decrease the body defences of the patients have been reported by previous researchers as contributing factors to the occurrence of complications after treatment of mandibular fractures as well as the reasons for the retreatment of these fractures [5,7,13]. Furthermore, it has been reported that patient factors contribute more to complications than do iatrogenic factors in the treatment of mandibular fractures [17,18].

The mean age recorded in this study was 41.3 years. It was stated that older patients are more likely to develop complications than the younger ones [5,8]. Increasing age has been found to be associated with abnormal union of mandibular fractures which may be due to declining general health of such patients [7,9]. There were more males than females in this study which supports what is generally known about these fractures that a significant number of patients sustaining this kind of injuries are always males, and hence more complications that may require retreatment [19,20].

Majority of the complicated fractures requiring retreatment were located in the symphysis (41.0%) and parasymphyseal (33.3%) regions. This is similar to the report of Yamamoto et al. [9] but contrary to an earlier report 13 where the mandibular body was the most common fracture site involved. The symphysis and parasymphyseal regions contain less cancellous but more of cortical bone than other parts of the mandible and this may predispose to complications when blood supply to these sites are impaired or compromised following fractures or for whatever reason [5,7].

The methods of treatment used in the present study for the initial treatment and the subsequent retreatment of the fractures have been documented by earlier researchers [22,23]. However RIF using mini-plate osteosynthesis is the preferred treatment of choice as it enhances patients’ comfort and wellbeing in the post-operative period, and because of better rigidity at the fractured sites after reduction and fixation, minimizes complications that will lead to retreatment of fractures [15,16].

The present study concluded that the mandibular fractures that required retreatment after initial treatment by closed reduction technique (IMF) were due to non-union and mal-union of these fractures. Consequently, the procedures needed for successful retreatment were debridement, removal of bone sequestration, re-fracture and placement of IMF. The use of mini-plate osteosynthesis, (which reduces IMF complications) is the universal practice nowadays and is recommended to reduce the frequency of the fractures that are retreated.