Role of Prodrug in the Process of Bioavailability 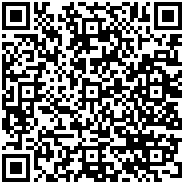 A prodrug is a substance that, after being consumed, is converted into a drug with pharmacological activity. To enhance how a drug is absorbed, transported, metabolised, and eliminated, a comparable pro drug can be employed instead of delivering the drug directly (ADME).

When a medicine is poorly absorbed from the digestive tract, pro drugs are frequently created to increase bioavailability. A pro drug can help a drug engage more selectively with cells or procedures that aren't its intended target. This lessens a drug's negative or unanticipated side effects, which is crucial for therapies like chemotherapy that can have serious unintended and unpleasant side effects.

Glycosides, or sugar derivatives of the active ingredient, are found in many plant extracts that have been utilised in traditional medicine. In the intestines, these glycosides are digested to liberate the active and more accessible aglycone. For instance, esterases divide the D-glucopyranoside salicin to produce salicylic acid. Acetylsalicylic acid, also known as aspirin, was developed artificially by Felix Hoffmann at Bayer in 1897.

The drug is then enzymatically activated to create sugar derivatives (morphine-glucuronides), which are more potent than the parent chemical, in other circumstances, such as with codeine and morphine.

In Paul Ehrlich's laboratory, Sahachiro Hata discovered the first synthetic antimicrobial medicine, arsphenamine, in 1909, although it is not poisonous to bacteria until the body changes it into an active form. Similar to prontosil, the first sulfa medication discovered by Gerhard Domagk in 1932, the active chemical, sulfanilamide, must be released by cleavage in the body. Since then, numerous additional examples have been found.

The first non-sedating antihistamine, terfenadine, had to be taken off the market due to a remote possibility of a dangerous adverse effect. The active molecule, fexofenadine, which does not have the same hazards as the parent chemical, was later found to be the prodrug of terfenadine. As a result, fexofenadine could be offered as a secure alternative to the original medication.

Prodrugs can be divided into two main categories according to how the body transforms them into the final active drug form:

Bioactivation of type I prodrugs occurs within the cells (intracellularly). These include lipid-lowering statins and phosphorylation-required antiviral nucleoside analogues.

Type II prodrugs undergo extracellular bioactivation, which occurs most frequently in digestive fluids or the body's circulatory system, more frequently in the blood. Salicin, which was previously discussed, and specific antibody, gene, or virus-directed enzyme prodrugs used in chemotherapy or immunotherapy are examples of Type II prodrugs.

Based on variables such as Type I - if the intracellular bioactivation location is also the site of therapeutic action, or Type 2 - whether bioactivation happens in the gastrointestinal fluids or in the circulatory system, both major kinds can be further subdivided into subtypes.

Numerous antibacterial and chemotherapeutic medicines are included in Type IA prodrugs. In order to bioactivate the prodrugs intracellularly to active drugs, Type IB agents rely on metabolic enzymes, particularly in hepatic cells. Type II prodrugs are bioactivated extracellularly, relying on common enzymes like esterases and phosphatases or target directed enzymes, either in the milieu of GI fluids (Type IIA), within the systemic circulation and/or other extracellular fluid compartments (Type IIB), or near therapeutic target tissues/cells (Type IIC). Prodrugs are significant because they might have different subtypes (i.e., Mixed-Type).