Scope of Nanotechnology in Crop Science: Profit or Loss

Nanotechnology is an interdisciplinary area of science and it has encountered immense progress due to its applications in recent decades. The term "Nanotechnology" is the study of manipulating matter up to atomic and molecular scale. It is an exciting field of research and there is growing interest in its application for biological and environmental safety. The particles having a size less than 100 nm diameters are called nanoparticles with different size-dependent properties compared to its original bulk material.

Nanotechnology is an interdisciplinary area of science and it has encountered immense progress due to its applications in recent decades. The term "Nanotechnology" is the study of manipulating matter up to atomic and molecular scale. It is an exciting field of research and there is growing interest in its application for biological and environmental safety. The particles having a size less than 100 nm diameters are called nanoparticles with different size-dependent properties compared to its original bulk material. Nanoparticles have many applications in different fields such as medical imaging, nanocomposites, filter, drug delivery and in agriculture system to improve crop production [1]. There are different ways to synthesize nanoparticles such as physical, chemical, biological, and hybrid methods [2-4]. The nanomaterial shows different properties than their bulk material like effect of gravity will be almost negligible, surface tension and Van der Waals attraction would become more important for this, and have a relatively greater surface area than do larger particles of the same mass of material etc. [5]. After synthesis, these nanomolecules have a wide range of potential applications within agricultural, industrial and medical fields. The application of toxic chemicals in physical and chemical methods greatly limits its use in their biomedical applications particularly clinical fields. In order to meet out this problem there is a growing need to develop sustainable methods to synthesize nanoparticles. Therefore, there are some environmental friendly approaches such as reduction of metal ions to synthesize nanoparticle by using plant and microbial extracts as a source of reductants either extracellularly or intracellularly. Due to presence of terpenoids, phenolics, flavonones, amines, and other compound in plant and microbial extract accelerated the nanoparticle synthesis [6]. The nanoparticles synthesized from different processes involve in many ways to improve the production and quality of crops.

Implementation of Nanotechnology in Agriculture

Nanotechnology offers substantial prospects for the development of innovative products and applications in many industrial sectors, including agricultural production, animal feed and treatment, food processing and food contact materials. Many agrochemical companies are investigating the potential of nanotechnologies and, in particular, whether intentionally manufactured nanosized active ingredients can give increased efficacy or greater penetration of useful components in plants. Nanotechnology has provided new solutions to problems in plants and food science and offers new approaches to modernize the agricultural research and development with new tools for the molecular treatment of diseases, rapid disease detection, enhancing the ability of plants to absorb nutrients etc. [7]. Smart sensors and smart delivery systems will help the agricultural industry combat viruses and other crop pathogens [8].

As nutrients are one of the most important factors to control the growth and productivity of plants. To enhance nutrient use efficiency and overcome the chronic problem of eutrophication, nanofertilizers might be a best substitute. In this line with the help of nanotechnology, nano-nutrients are developed which can be utilized for crop improvement. It provides balanced levels of nutrients, required for the better growth and productivity of plants. When nutrients are available in nanoscale it is called nanonutrients. With the help of nanonutrient such as nano-ferric oxide (Nano-Fe2O3), the growth and photosynthesis of peanut plant was significantly increased [9]. It helps in the more absorption and utilization of nutrients, such as nitrogen, phosphorus and potassium. Along with this a new patented nano nutrient called “NUALGI” has been developed by Nanobiotech, Banglore and the same has been patented [10]. Patents have been filed in 6 countries worldwide. After considerable research and field trials the product has been used successfully in a number of places. It contains all micronutrients in the nano form required for the growth of plant and is biologically available for plant absorption. This product can be used as a foliar spray / drip irrigation for all crops to remedy micronutrient deficiencies and increase crop yields. Nualgi can grow diatom algae in any water including sewage water. The growing diatoms absorb CO2 and nutrients and release O2 by photosynthesis. The diatoms also produce food that is eaten by zooplankton [10]. When Nualgi is sprayed on to crops by way of a foliar spray, the micronutrients in the nano form are easily absorbed by the leaves and soon the deficiencies are rectified [10]. Thus periodical application increases the yield of crop. So, overall nanotechnology will have large impact to control and improve the production of crops. Further, Iranian researchers have produced the nano-organic iron-chelated fertilizer that is environmentally sustainable. Nanofertilizers have unique features like ultrahigh absorption, increase in agri-food production, rise in photosynthesis, and significant expansion in the leaves’ surface area [11].

Nanotechnology may also be used in agriculture and food production in the form of nanosensors for monitoring crop growth and pest control by early identification of animal or plant diseases. Nanosensor systems have also been developed for the monitoring of environmental conditions, as well as the interactions between pathogens and plants [12]. In agriculture fields as far as nano-biosensor is concerned, it helps in analyzing physiochemical and biological changes in soil and transmit these changes in the form of signals. It also helps in the detection of microbes, pest and other plant stress. It provides the data related with level of nutrients and status of water in agricultural fields. Therefore, the application of nano-biosensors in precision farming enhanced productivity by providing accurate information about the field and crop condition. The main aim to apply nanotechnology in agriculture system is to increase productivity along with lower application of fertilizers, pesticides, herbicides in order to avoid negative consequences on crops as well as humans. Nanofertilizers also play an important role to enhance production of plant [7]. It enhances germination rate; root- shoot length, biomass of seedlings in many crop plants, including corn, wheat, ryegrass, alfalfa, soybean, rape, tomato, radish, lettuce, spinach, onion, pumpkin and cucumber. Many physiological parameters such as enhanced photosynthetic activity and nitrogen metabolism were also increased in vegetable crops with the help of metal-based nanomaterial [13].

Nanotechnology promises to improve current agriculture practices through the enhancement of management and conservation of inputs in crops and has also been shown to ability in modifying the genetic constitution of crops thereby helping in improvement of crop plants [14]. Diseases are one of the major limiting factors for crop productivity. Pesticides are commonly used in agriculture to improve crop yield and efficiency. Further, nanotechnology can also be applied for safe and efficient applications of pesticide. It prevents the adverse effects of pesticides on target and non-target organism. Moreover, the development of nanometric-scale materials whose properties differ considerably from the corresponding bulk materials are used for the controlled release of agents for pest control, as well as plant nutrients. Through encapsulation of the insecticides, fungicides or nematicides with nanoparticles provide more effective solution towards pests and it also leads its less accumulation in soil. With the help of nanotechnology very small quantity of pesticide is used than can provide much better management for pesticide attention. Nanoencapsulation is currently the most promising technology for protection of host plants against insect pests. It is possible to step down the chemical release under controlled situations, reducing the current application dosage and improving efficiency with this technique [15]. In present at the stage of research and development, nanosized agrochemicals are mostly nanoreformulations of existing pesticides and fungicides [16] which are generally expected to increase the apparent solubility of poorly soluble active ingredients, to release the active ingredient in a slow/targeted manner to protect against premature degradation.

On the other hand excess of anything is not good so over use of nanotechnology in any system leads to several negative implications. Due to very small size these nanoparticles are might not be detectable after release into the environment and show negative impacts on plants and other life forms. Their higher concentrations affect the growth and the size of plants [17]. Research indicates that extended amounts of nanoparticles are highly toxic to aquatic life, bacteria, and human cells in vitro. At the nanoscale, even normally benign substances may become hazardous. Elevated level of nano cerium oxides in tomato roots may cause food chain contamination [17]. The nanoparticles at their higher concentration like copper oxides can also induce DNA damage in agricultural and grassland plants [18]. The ionic and dissolved form of gold (Au) nanoparticles is categorized as a harmful substance and its toxicity has been reported in many organisms and its application and potential discharge in the environment leads to severe toxicity [19].

In one of the study, it was found that nano-cerium even at their low levels reduced the plant growth and the size of soybean pods, when it enters in to roots and root nodules of soybean plant, the process of nitrogen fixation gets affected. At their higher concentration there was reduction in nitrogen fixations [20]. The excess levels of all the nanoparticles are highly toxic to aquatic life, bacteria, and human cells in vitro. Oukarroum et al. have observed toxic effect of silver nanoparticle (AgNP) on Lemna gibba exposed over 7 days to 0, 0.01, 0.1, 1 and 10 mgl-1 of AgNP [21]. Plant biomas was reduced in dose dependent manner and this reduction was correlated with more production of reactive oxygen species. Several other studies also focused on the toxicity of nanoparticles on various types of plants, including radish (Raphanus sativus), corn (Zea mays), lettuce (Lactuca sativa), cucumber (Cucumis sativus), rape (Brassica napus), and many more and microbes [22-28]. It becomes worse, when these toxic nanoparticles are transferred from plants to consumers

Nanotechnology has opened many vistas to be explored and involved in various sectors that consequently lead its higher accumulation in natural environment. So, it is essential to characterize the expected concentrations of nanoparticles in the environment which may not cause any adverse effect on the system. To show whole overview, Figure 1 represents different ways of nanoparticle synthesis and its beneficial and toxic effect on plant. Nanotechnology has phenomenal potential for precision farming to improve crop production but it is the necessary to incorporate nanotechnology in this system with further research studies and practical application in the fields so that their negative impact can be reduced on natural environment. 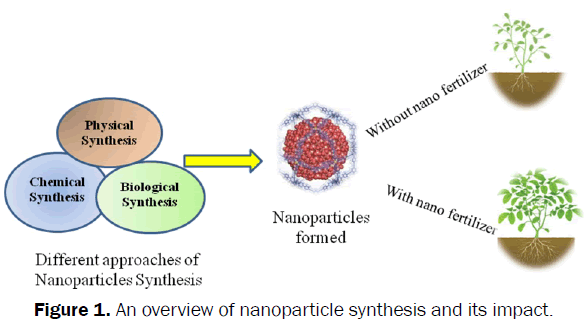 Figure 1. An overview of nanoparticle synthesis and its impact.

Authors acknowledge the University of Allahabad for providing necessary facilities. The author Dr. Anita Singh is thankful to the Science & Engineering Research Board (SERB), for providing fellowship under Start Up Research Grant as a DST-Young scientist (Grant No. SB/YS/LS/- 28/2013).