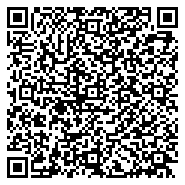 Background: Heat is one of the major factors that considerably limit rice production. Here we report a novel Temperature Induction Response (TIR) technique was standardized for Rice crop. Production of rice-the world's most important crop for ensuring food security and addressing poverty will be defeated as temperatures increase in rice-growing areas with continued climate change. Climate change needs us to look at various alternatives for more drought tolerant and tougher strains and to develop a technique to screen a large number of genotypes for high temperature tolerance. By adapting TIR technique 74 genotypes were screened for thermo tolerance.

Results: Out of 74 genotypes 14 exhibits thermo tolerance due to induced high temperature. This is also known by analyzing the informativeness of polymorphic markers by allele coding.

Conclusion:These genotypes have intrinsic heat tolerance and they can
be explored as donor source in breeding programme aimed for global warming.

Rice is the most important and staple food around the world. India is the second largest producer of Rice. Rice occupied an area of about 43.86 million ha with production of 11,267 million tons during 2015-16. Rice is important Kharif and Rabi crop. Due to increasing temperatures by Global warming plants are prone for recurrent heat and drought stresses which effect the crop growth and yield. Plants adapt to high temperature stress by inherent basal level tolerance as well as acquired tolerance to severe temperature stress. Acquired thermo tolerance is quite rapid and has been shown to be induced during cell acclimation to moderately high temperature periods (Hikosaka et al.; Larkindale et al.; Massie et al.) Temperature affects a broad spectrum of cellular components and metabolism, and temperature extremes impose stresses of variable severity that depend on the rate of temperature change, intensity, and duration [1]. The ability to withstand and to acclimate to supra-optimal temperatures results from both prevention of heat damage and repair of heat-sensitive components (Sung et al; SenthilKumar et al.) Seedlings exposed to a sub lethal temperature prior to challenge with severe temperature have better growth recovery than those seedlings challenged directly to severe temperature stress. The global rise in temperature will also increase the severity of other environmental stresses such as floods and drought. The variation in rainfall will lead to more frequent floods and droughts (Yildiz M and Terzi H) which are the most important constraints for deep water and aerobic cropping systems, respectively. Both these extreme conditions (drought and flood), if exceed certain critical period, will have substantial consequences on rice and may lead to complete failure of the rice crop when occur at sensitive stages either in the form of water shortage or excessive submergence. And thus, the changing climate may enforce a shift in the cropping pattern in most parts of the world most probably making rice the most suitable choice for areas with increased water availability but becoming less appropriate for farmers in areas with decreased wetness. So there is a need to adopt a multi-faceted approach while studying the impact of high-temperature stress, also focusing on other environmental stresses, which may be equally detrimental for rice productivity [2]. Acquired tolerance for a specific abiotic stress has been shown to give cross protection for other stresses such as salinity, chilling temperatures, and drought. Therefore, evaluating the relative performance of rice genotypes for high temperature tolerance using TIR technique is main objective. Along with TIR technique allele coding which provides information of polymorphic markers is also considered [3,4] .

Highly thermo tolerant rice genotypes were screened from 74 rice germplasm obtained from Nellore, Marteru, some
land races and African lines (Nerica) including proven varieties for heat tolerance like N22, Dular and Nipponbare are used as check genotypes to select the tolerant set. This approach of TIR involves first the identification of challenging temperature and induction temperature and later standardizing them before being used for screening germplasm for intrinsic tolerance. Phenotyping of rice genotypes for thermo tolerance using TIR technique was established in this laboratory (Sudhakar et al.) and same protocol is used in this study [5-7].

The following parameters were recorded from the seedlings

Using this technique it was proved that sufficient genetic variability was present among rice genotypes for high temperature tolerance. The genotypes showed significant genetic variability for per cent survival of seedlings, per cent reduction in root and shoot growth respectively. The per cent survival of seedlings varied from 0 to 100 per cent. Among the 74 rice genotypes screened 14 (FR 13A, Swarna Sub 1A, NLR3238, MTU1001, Jagannadh, MTU1061, Konark, Vajram, Satya,Minghui, VL Dhan 16, BPT1235, JGL3855, Basmathi 386) genotypes showed highest thermo tolerance in terms of 80-100 per cent seedlings survival and no or very little reduction in root and shoot growth. Of these, two genotypes namely FR13A (Table 2), and SwarnaSub 1A were out performed the highly tolerant check Dular in the study both for RRL (Relative Root Length) (62.53% and 47.56%) and RSL (Relative Shoot Length) (106.20% and 40.74%), respectively. However, the other two checks N22 and Nipponbare showed 100% survival, the growth performance was poor over control. The genotypes NLR3238, MTU1001, Jagannadh, MTU1061 and Konark also showed better performance over Dular [10-12].

Each genotype was assigned an allele code generated by respective polymorphic marker based on their allele size and colour coded as shown in the figure below. As many as a highest number of 100bp alleles were identified by TTC/TTM in the range of 100 to 350bp. (Yongyao Xie et.al) (Figure 1) [13-15]. Figure 1: The above table clearly depicts the allele sizes shared by distinctive markers and were arranged in a proper format in the table below (Wanwarang et al.).

These results are in conformity with several studies, which showed that acclimated plants survive upon exposure to a severe stress, which otherwise could be lethal and is considered to be as thermo tolerance (Senthil Kumar et al.) Results of this study indicated that the effect of TIR on other genotypes revealed variable results. Such acquired tolerance was variably recorded in other rice genotypes, where either survival of seedlings was affected or root growth alone was affected or only shoot growth was affected. This technique of exposing young seedlings to sublethal and lethal temperature has been validated in many crop species (Senthil Kumar et al.) This novel temperature induction response technique has been demonstrated to reveal genetic variability in intrinsic stress tolerance at cellular level. (Sudhakar et al.) (Figure 2). The present study also revealed that the Thermo Induced Response (TIR) technique can very well be used in rice crop (Table 1).

The above results suggest that the TIR technique is a powerful and constructive technique to identify genetic variability in high temperature tolerance in rice within a short period of time and it is suitable for screening a large number of genotypes. Even though, allele coding is an effective method the alleles generated from different polymorphic markers were not clearly distinguished tolerant set from sensitive set of genotypes like TIR technique. The identified 30 genotypes of rice can be used as donor source for developing high temperature tolerant rice genotypes to resist global rise temperature.