The study identified zooplankton composition of Oluwa River, Ilaje Local Government Area, ondo State, Nigeria, as indicators of the health of the aquatic ecosystem. The major objective of the study was to provide baseline information on aspects of the biology (taxonomic composition, occurrence, distribution and abundance) of the zooplankton. Zooplankton samples were collected with 55μm mesh size plankton net, samples were identified and counted microscopically for eighteen months (June, 2014 – November, 2015) covering both the rainy and dry seasons. A total of six sampling stations were established to represent the various sections and regime of the river. Altogether a total of thirty-eight species belonging to three groups; Rotifera, Copepoda and Cladocera. The Rotifera were represented by thirty species, four species of Copepoda and four species of Cladocera. Rotifera dominated the zooplankton groups, accounting for 87%. Asplanchna brightwelli (3.65%) was the most abundant, followed by A. girodideguerne (3.47%). The dry season abundance (3373 Org/L) was higher than the rainy season (3025 Org/L) Copepoda accounted for 2% of the percentage abundance of zooplankton. Eucyclops macrurus (3.64%) dominated; followed by Pseudocalanus elongatus with 3.57% in the relative abundance the rainy season abundance (475 Org/L) was higher than dry season (311 Org/L). Cladocera accounted for 11% of the percentage abundance of zooplankton. Podon leucarti (3.64%) dominated, followed by Ceriodaphinia cornuta (3.57%) in the relative abundance. The dry season abundance (489 Org/L) was higher than rainy season (476 Org/L). In conclusion, Oluwa River can be inferred to be rich in zooplankton fauna composition and therefore fairly clean and unpolluted.

Oluwa River passes through many communities in Ilaje Local Government Area in south-south of Ondo State, has a coastline of about 80 km with about 50 settlements scattered around the River (tributaries that empty directly into the coast), with an increasing population size of 2.2% annually [1]. Oluwa River is used for artisanal fishing activities, transportation, domestic purposes as well as mining of silica and sand. Despite the increasing anthropogenic influences occasioned by the rapid development of Ilaje communities as one of Niger Delta areas, there is dearth of information on the composition, zooplankton of the river. Thus, this work is aimed at contributing to the studies and existing database. The major objective of this study is to update knowledge on the status of zooplankton in Ilaje Local Government Area, Ondo State, Nigeria with a particular emphasis on the composition of zooplankton in the community by: providing baseline information on aspects of the biology (taxonomic composition, occurrence, distribution and abundance) of the zooplankton.

The study was conducted on Oluwa River at Ilaje Local Government Area (ILGA), Ondo State, Nigeria. The river lies on latitude 4°.40/-5°.00//N and longitude 6°.00/-60.20//E (Figure 1). The annual rainy season occurs from April to October with a characteristic ‘August break’ during which rainfall abates, while the annual dry season occurs from November to March. Meteorologi-cal conditions within ILGA are as follows: mean daily minimum temperature (22.1-24.4°C); mean daily maximum temperature (24.9-36.8°C); total precipitation (125.2-278.5 mm) and mean relative humidity (76-88 mm) [2]. ILGA is in south-south of Ondo State with a coastline of about 80km which runs in a northwest to southeast direction. The coastal area of Ondo State is largely found in ILGA with about 50 settlements scattered around the river tributaries that empty directly into the coast and an increasing population size of 2.2% annually [1]. The samples for zooplankton analysis were collected by straining 100 litres of water from each station through plankton net of 55 μm mesh size and each concentrated sample was preserved in 4% formalin solution in the field according to Onyema [3]. Six sampling stations (1-6) were chosen on the Oluwa River. The distance between the stations was 500-1500 m and they were purposively selected based on the human activities in the area.

At Ebute-Ipare had less human activities. There were farming activities involving oil palm trees (Elaeis guineensis) plantations and planting of cassava crops in the area.

Alape, which was about 500 m from Station 1. The major activities in this area were construction of canoes and mat-making. Stations 1 and 2 represent the upstream.

This was at Durogbe Park, which was about 700m from Station 2. Passengers board the canoes and engine boats to their various destinations on the river. Some of the vehicular wastes from engine boats were released into the river. There was a market around this station where the fishermen and fish sellers sold their fishes on the terminus under which were the dumpsites. This served as source of organic wastes into the river. Some of the passengers also used the shores of the river as their public toilets.

This was at Ugbonla; about 500 m from Station 3. There was deposition of wastes in this place. The inhabitants used this water for bathing, washing and also release wastes, such as, cassava peels and palm kernel into the river. Also sand mining activities were not left out around this station. Stations 3 and 4 represent the midstream stations.

Ayetoro Town is about 600 m from Station 4 with residential buildings; business activities such as, selling of fish, baskets, mats and local gins take place. The market men and women use the shore of the river as their public toilets, as most of the houses around this place lacked toilet facilities.

Awoye was about 1500 m from Station 5. There are farming activities and local gin production. Floating plants, such as water hyacinth (Eichhornia. crassipes), covered the station during the rainy season. Stations 5 and 6 represent the downstream stations. 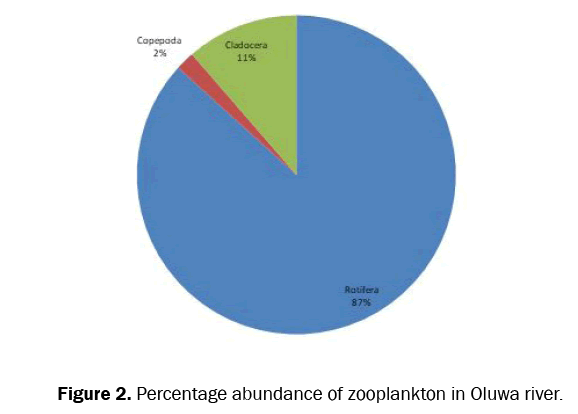 Figure 3: Relative abundance of zooplankton in the dry and rainy season in Oluwa river.

Diversity of Zooplankton in Oluwa River 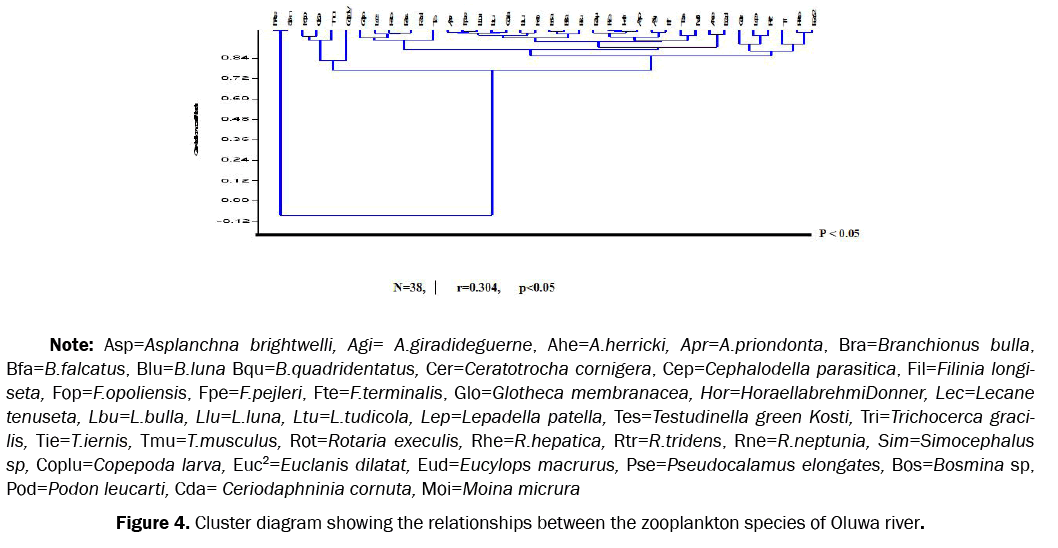 Figure 4: Cluster diagram showing the relationships between the zooplankton species of Oluwa river.

The zooplankton taxa, namely Rotifera, Copepoda and Cladocera, identified in Oluwa River have been variously reported from different Nigerian Rivers [4-12]. This study recorded 38 species of zooplankton, which is higher than 6 species recorded by Olaleye and Adedeji in palm oil effluent-impacted area in Oluwa River, Ondo State; 19 species recorded by Ogbuagu and Ayoade in Imo River [13]. 30 species reported by Nkwoji et al. in Lagos Lagoon, but less than 39 species recorded by Esenowo and Ugwumba in Majidun River in Lagos State [14]. This present observation of higher zooplankton species possibly indicates the presence of organic wastes deposition in Oluwa River, which results in increase in phytoplankton production, consequently, zooplankton productivity. The predominance of rotifers in the river in terms of species number and numerical abundance has been attributed to the fact that rotifers evolved from fresh waters [15-17]. Rotifers generally are adapted to warm water, occurring mostly in tropical water bodies, with high temperatures. The predominance of rotifers in some inland freshwaters has also been reported by Egborge in Osun River; Jeje and Fernando in Sokoto River; and Ayodele and Adeniyi in River Osun [18-20]. The abundance of the genera Brachionus, Asplanchna and Filinia showed that the rotifer-fauna was made up of a tropical assemblage. The predominance of the Brachionidae could, however, be attributed to their widespread geographical distribution and omnivorous nutrition of most of the members [21]. The increasing order of diversity and evenness are Rotifera > Copepoda > Cladocera in the upstream, midstream and downstream, respectively. This same order was observed in both seasons. This observation is similar to those of Oben in three man-made lakes in Ibadan, Nigeria [22].

Seasonal variation in the abundance of zooplankton from Oluwa River in this study showed higher abundance of Rotifera and Cladocera during the dry season [23]. Most rotifers species have been found to thrive well in warm-water conditions with high temperatures, which is usually characteristic of most Afro-tropical waters in the dry season [17].

The increasing order of diversity and evenness are Rotifera > Copepoda > Cladocera in the upstream, midstream and downstream, respectively. This same order was observed in both seasons. On the basis of zooplankton composition and abundance, Oluwa River can be inferred to be rich in zooplankton fauna composition and therefore fairly clean and unpolluted.