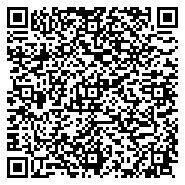 Water to be used for human consumption must meet certain requirements. It must be free from all causes of microorganisms, low in concentration of compounds that are acutely toxic or have serious long term effect on health. Ideally, water for drinking should be clear, free of odor and compound that can cause color or taste [1]. Chad, which has a population of almost 11.5 million (RGPH2, 2009), is one of the least developed countries in terms of drinking water supply with a rate of access to water 46% drinking water (Ministry of Hydraulics and Rural Development, 2013). In the peri-urban areas of N'Djamena, water comes from drilling, traditional wells or taps from the distribution network of the Chadian Water Company (STE) or from a superficial source (river and marigot). The availability of good quality water is an essential feature for the prevention of disease and improving the quality of life [2]. Chad, whose capital city has a population of more than 951,000 inhabitants, only 29% of inhabitants had access to a tap in the dwelling and 10% in the plot, while the remaining 71% obtain tap water public or in private drilling (INSEED, 2010). The average depth of the water table in N'Djamena is around 40 m. However, the depth of the wells exceeds 25 m [3]. The city is divided into 10 districts. It is the most populated region of Chad (RGPH2, 2009). Indeed, the sewerage network is practically nonexistent and only visible at the level of the main arteries of the city. It covers only a part of the city in this case of arrondissements 3, 4, 5, 6 and 8. As a result, the population of the other boroughs of the city gets its supplies by means of water manual drilling and wells. This work aims to evaluate the physicochemical quality of water from National Water Company's pumping stations in the city center and human-powered boreholes in outlying neighborhoods.

This work aims to evaluate the physicochemical quality of water from National Water Company's pumping stations in the city center and human-powered boreholes in outlying neighborhoods. A total of 18 samples were collected, including 9 in the city center and 9 others in outlying areas. On each sample were determined the physicochemical parameters (Hydrogen potential (pH), temperature (T°), electrical conductivity, turbidity and ions calcium, magnesium, sulphates, fluorides and nitrates). The results obtained extend into the waters of the WWTP pumping stations and the manual drilling of the outlying districts respectively: temperature (28.0 to 36.1°C and 29.5 to 30.3°C); pH (6.5 to 8.5 and 6.3 to 7.6); electrical conductivity (201 to 671 μS/cm and 136 to 533 μS/cm); turbidity (0.01 to 0.18 NTU and 1.25 to 5 NTU); calcium (54 to 268 mg/L and 65 to 443 mg/L); magnesium (2.18 to 57 mg/L and 15 to 90 mg/L); sulphates (2 to 47 mg/L and 2 to 18 mg/L); fluorides (0.0 to 0.61 mg/L and 0.12 to 0.98 mg/L) and nitrates (1.5 to 18.2 mg/L and 0.1 to 0.6 mg/L). The results obtained show that the levels of the parameters studied are in accordance with the WHO standards for the quality of drinking water except calcium ions with high levels. On the basis of the analyzed parameters, the water quality of the National Water Company's pumping stations and manual drilling is acceptable. Major cations generally have low values compared to WHO standards except for ammonium ions. There is a significant difference between the values of ammonium ions, raw water (4.118 ± 1.68) and treated water (1.564 ± 1.03). These values are very high compared to WHO's 0.5 mg/l. These high values are due to human and industrial activities, septic tanks and animal waste. The storage of animal waste, 3 to 6 meters of wastewater and manure on the soil surface contained ammonia in the range of 1 to 15 mg/L [4]. Infiltration from septic tanks polluted the water of a well in a schoolyard at 0.733 mg/L of ammonia. However, the high values obtained would not prove to be toxic for consumers because ammonium ions are naturally produced in the digestive tract of man by the bacterial degradation of the nitrogen compounds ingested.