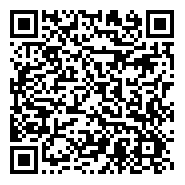 Population aging is a growing phenomenon and causes a large increase in diseases derived from injury or degeneration of the central nervous system. In particular, the stroke is a leading cause of disability in the population over sixty years. Even car accidents are increasing significantly and this greatly affects the youth population. In particular, the traumatic brain injury is the leading cause of disability in people under forty years. For this reasons rehabilitation therapies, that require physiotherapy and care in specialized centres, are always more necessary. Therefore, in recent years, health care spending for these diseases has increased and is still expected a strong growth in the coming years.

One answer to these problems can come from robotic devices able to provide assistance and run rehabilitation, respecting the essential safety requirements.

Over the years, many research groups have studied various types of actuators to ensure a greater comfort to the patient and improve the versatility of the robotic devices. The Artificial Pneumatic Muscles (PAM) is actuators particularly suitable for this application.

The pneumatic muscles are linear actuators able to contract when the compressed air is introduced in their interior. They are lightweight, compact and flexible devices which are particularly suitable to be integrated onto the rehabilitation devices [1,2]. These actuators can have different geometrical configurations the most common muscles are the McKibben muscles [3]. These devices are constituted by a flexible inner tube, with the task to guarantee that the compressed air, supplied during the work phase, doesn't come out, and by an external braided sleeve that has the function to control the tube's expansion, to permit the radial deformation and to produce an axial contraction.

Other typologies of pneumatic artificial muscles are represented by: straight fibers muscles [4,5], realized by strands which run parallel to the muscle's axis crossed by strands placed circumferentially; by pleated muscles [6-8], which are able to modify and adapt the shape of the shell, maintaining a constant surface when they are supplied; by flexible muscles [9], which are able to bend when they are supplied thanks to a different circumferential stiffness; by pushing muscles that are capable of performing different movements as the elongation [10], the rotation, the torsion [11].

A particular kind of these actuators developed in this department is textile artificial muscle [12,13]. This muscle works thanks to a fabric, with orthotropic characteristics, sewn along its two long edges to form a tube [12]. This fabric’s feature allows the diameter to increase, thanks to its high circumferential deformability. The rigid feature along the longitudinal direction, instead, works to limit the radial expansion of the inner elastic tube.

In this way, when the pressured gas is inflated inside the inner tube, the muscle deforms radially and contracts axially.

The DIMEAS pneumatic muscle prototypes are realized by four different components: a latex inner layer (white), an outer fabric layer (red), a front end-fitting to allow the introduction of the pressured air, thanks to a supply port, and a closed rear endfitting (Figure 1). Figure 1. Structure of the textile prototypes of Politecnico di Torino.

The two end-fitting have the function to secure the double layer latex-fabric. A screw is placed inside an internally threaded plunger (purple). Turning this screw, the plunger is pulled against the seal (green), compressing it. In this way the seal expands radially pushing the latex-fabric layer against the outer ring of the end-fitting, securing it in place.

In both muscles, the inner latex layer is made with a natural rubber latex pipe named DRELAX producted and provided by ALGAM-I.A.I. S.r.l.. It is 1 mm thick and comes in blonde color. Table 3 shows its main technical characteristics.

The pipe included between the two end-fitting, for both muscles, at rest, is 100 mm in length and 28 mm in internal diameter.

The test bench used to make experimental test on the DIMEAS prototype is shown in Figure 3. Two different configurations were provided to conduct different tests it is possible to keep constant. The applied load and vary the supplied pressure to record the change in length of the muscle or keep constant the length, blocking the actuator, and measure the change in the force produced by the muscle during the increasing of the pressure.

The test bench is realized by a rectangular stationary structure with a mobile crossbar placed between the two uprights of the structure. It can move up and down thanks to a pair of profiled rollers. The muscle can be placed vertically in this structure by means of an eyebolt installed on the frame’s top crossbar.

On a control panel is located a manually operated pressure reducer to regulate the supply pressure. Furthermore a pressure transducer (AST4000-A-00200-P-1-A-0) is positioned on the line, near the muscle, to acquire the pressure values.

The configuration for pressure-length tests (Figure 3a) expects a position transducer (PT1DC-30-UP-Z10-MC4-SG), essential to measure the change in the length of the muscle, placed on the mobile crossbar positioned at the base of the structure. The muscle is positioned with its front end-fitting connected to the stationary upper crossbar and with the closed rear end-fitting attached to the position transducer or, if a load is applied, it is connected to a carrier plate, which is in turn connected to the transducer. In this latter case, weights are placed on the carrier plate once the muscle is installed so to define the initial length of the actuator.

By supplying the muscle with compressed air, the length changes, plotting the curve pressure-length. To plot the curve pressure-force, instead, is necessary to place a load cell (UU-K20) between the top crossbar and the front end-fitting of the muscle (Figure 3b). Four pneumatic clamping cylinders allow to block the crossbar at any height needed for the test. The position transducer is fixed between the upper cross member and the moving crossbar to check that the length of the muscle remaining the same during the test. The actuator is installed attaching the front end-fitting to the load cell and the closed rear end-fitting to the movable crossbar. The mobile cross member must be blocked at the height so that, as soon as the compressed air is inflated into the muscle, an increase in force is recorded immediately to prevent play between the hooks and eyebolts on the end-fittings, without to produce excessive pretensioning on the tested muscle.

To block the mobile crossbar the four brake actuation cylinders have to be pressurized. Blocking the muscle and increasing the pressure is possible to plot the pressure-force curve.

The sensors are connected to the acquisition card and the LabVIEW software allows to acquire process and view the data collected by the transducers.

By analyzing the variation of the three variables involved (pressure, length and force) the performance of the different prototypes can be evaluated.

In the conducted tests, one parameter is maintained constant, the second one is varying and the third one is recorded. Tests were conducted in different condition of load and with different number of metal rings Figure 4. The metal rings are made in aluminum with the following dimensions: internal diameter 30 mm, external diameter 34 mm, width 5 mm. The edges are rounded to avoid damage the fabric. Figure 4. Prototype with different number of metal rings: (a) warp and weft fabric; (b) knitting fabric.

The Figure 5 and Figure 6 show respectively pressure-length curve for the prototypes with warp and weft fabric and with knitted fabric. Figure 5. Pressure-length curve for prototype with warp and weft fabric The length of the muscle is plotted versus the relative supply pressure (where 1 bar=105 Pa). The tests were conducted increasing and then decreasing the supply pressure for different applied loads (each muscle was tested with a constant load of 10 N and 50 N) and for different number of metal rings. The inside diameter of each prototype is 28 mm and the thickness of the latex tube is 1 mm.

Talking of the muscle with warp and weft fabric, the contraction is very limited. However, we note (Figure 5) the positive influence of the addition of metal rings, up to the number of two units that cause an increase of the contraction. This effect is due to the type of weaving. For these prototypes we cannot note, however, a significant difference in shortening as a function of the applied load.

About the muscle with knitting fabric (Figure 6), it is observed instead greater contractions. We can note a slight decrease of the contraction with increasing of the applied load, while it can see the negative effects of the adding of metal rings because of the kind of weave.

In each cycle it is possible to see the hysteresis phenomena. In fact the upper and lower lines of each stress cycle do not coincide and the cycle area is not zero.

This phenomena is in part due to the latex tube's plastic deformation, but is mainly caused by the friction between the latex inner tube and the outer fabric. Another important dissipation happens because of the friction between the threads of outer fabric layer, which scratch together during the muscle deformation. For these phenomena it is necessary that the supply pressure passes a certain threshold value in order that the muscle can start to deform.

The start point of the curves depends from the load: the load applied cause an initial elongation of the muscle.

Figure 7 shows a pressure-force curve for prototypes with warp and weft fabric (Figure 7a) and with knitted fabric (Figure 7b). For this kind of test the test bench configuration represented in Figure 3b it is used. The crossbar is fixed at the rest length of the muscle. In this phase a small pre-load is given to avoid the play between the end-fitting of the muscle and bench connections. The pressure is increased gradually. It is possible to read the initial pre-load in the graphs of Figure 7, observing that the initial force value is different from zero.

Figure 7. Pressure-force curve for DIMEAS prototypes: (a) with warp and weft fabric; (b) with knitting fabric.

The behavior is similar for both muscles. Observing the graphs represented in Figures 7a and 7b. It is possible to note that, increasing the maximum value of the supply pressure, also the hysteresis cycle increases. It is due to the adjustment of the fibers in the fabric.

In this paper some innovative textile muscles are presented. These actuators produce lineal movements, they expand radially and contract along the axis muscle direction.

These muscles can work with limited pressure values, but are particularly suitable to be integrated in active suits for rehabilitation.

The objectives of the future studies are overcome obstacles due to the choice of a suitable textile material and reach an ideal mounting technology and repeatable, which allows to perform an efficient industrial actuator that can also be used with higher pressures.