The Stability for Tit-for-Tat 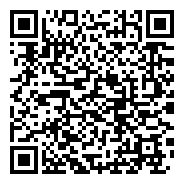 While in the evolutionary game theory, the deterministic dynamics is mainly assumed, the stochastic dynamics as well as deterministic dynamics has been assumed in the recent several studies. A previous study developed a stochastic model of two-player games and specified the conditions required for natural selection to favor an invader eventually replacing the population consisting of the resident strategies in finite populations (Nowak et al.). It has been shown that the fixation probability of a single mutant in a population of resident strategies can be greater than 1/N, the fixation probability expected in the absence of natural selection, even when the resident strategy is ESS in the traditional sense. And Nowak et al. has derived the simple rule called the one-third law. Kurokawa and Ihara extended the two player games to n-player games and derived the {2/[n(n+1)]}1/(n–1) law (where n is the group size) as a generalized version of the one-third law. However, the {2/[n(n+1)]}1/(n–1) law holds true for some specific case, and when the law ({2/[n(n+1)]}1/(n–1) law) holds true is unexplored. This paper examines when the law ({2/[n(n+1)]}1/(n–1) law) holds true, and in addition, derives another extension of one-third law (1/[1+(n) 1/(n–1)] law).