Types of Animal Sanctuaries and their Maintenance 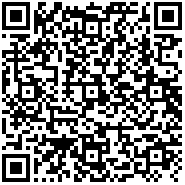 An animal sanctuary is a place where animals are kept to live out the remainder of their lives under protection. An animal sanctuary is "a safe-enough environment or relationship within the continual perils that imperil everyone," according to Pattrice Jones, co-founder of VINE Sanctuary. Additionally, sanctuaries serve as test sites for novel human-animal interactions. Unlike animal shelters, sanctuaries do not strive to place animals with persons or groups instead sustaining each animal until their natural death (either from disease or from other animals in the sanctuary). However, they can offer charge an additional service. In some situations, a facility may include elements of both a sanctuary and a shelter. For example, some animals may be housed there temporarily until a suitable home is found while others may be occupants permanently. The goal of sanctuaries is to serve as safe havens where the animals receive the finest care possible. Animals are not acquired, sold, exchanged or employed in animal experiments. Additionally, neither the animal's tissues nor its secretions, such as its milk, wool or eggs are ever sold as products. The ability to behave as naturally as possible in a safe environment is provided for the local animals.

Farmed animal sanctuaries: Birds, cows, goats, horses, fish, pigs, turkeys and sheep are just a few of the farmed animal species that are cared for housed and supported by Farm Animal Sanctuaries (FAS). Although it operates differently, the farm sanctuary layout resembles typical farms. Gene Baur, the co-founder of Farm Sanctuary who opened the first official farm sanctuary in 1986 is credited with starting the FAS movement. The primary guardians, volunteers and occasionally guests are involved in the everyday tasks of a FAS. Routines include eating, caring for and health procedures as well as cleaning and maintenance, shape each day. Human intervention in issues of sterilising animals and species segregation are points of contention for sanctuaries. As seen by the "arithmetic of compassion," a utilitarian measure of advocacy that use mathematical formulas to alleviate the most suffering in light of individual lives, effective altruists have also criticised FAS's effectiveness in lessening animal suffering. According to Jon Bockman of Animal Charity Evaluators, "all advocates should give consideration to this concern when deciding how best to help animals" because "expending too many resources on direct rescue results in less money directed toward education and a lower overall impact in helping animals."

Cetacean sanctuaries: Cetacean sanctuaries are built to promote autonomy, wellbeing and as natural a life in the ocean as possible. The care for these whales, dolphins or porpoises is provided for their whole lives. Cetaceans who have lived in marine parks for the majority or all of their life, like other wild creatures who have spent most or all of their lives in zoos may not be good candidates for reintroduction. As a result, sanctuaries offer an alternative to living on display or in amusement parks. The choice of a sanctuary site introduces particular factors for choosing a place including animal’s size, water quality, protection from threats and weather occurrences. Due to changing laws and public perceptions of captive cetaceans, the need for cetacean sanctuaries is rapidly growing. As marine parks and aquariums across the world shift away from housing whales and dolphins in their facilities, there is an increasing need for large natural ocean environments that offer feeding and care for the estimated 3,600 cetaceans that are kept in captivity worldwide. The expectation that animals will exhibit unnatural behaviours for viewers in cramped spaces that can accurately mimic a natural setting is a major complaint of commercial facilities.

Spaying and neutering, hygiene and physical well-being are among the services provided by animal sanctuaries. Licensed veterinarians are typically the ones who provide these services. Specialized animal trainers, groomers and volunteers are a few other jobs that may be available at sanctuaries. Newcomers can be easily overwhelmed or agitated because they are frequently not accustomed to coexisting with a sizable number of others who share their interests. As a result, they can be kept for a specific period of time before being allowed to enter the public. Veterinarians examine the incoming animal's eating and behavioural patterns during this time and work to ensure a seamless integration into the sanctuary. Additionally, certain animal species such as dogs will live in groups. When they are alone, they experience loneliness and depression. These kinds of animals are frequently housed at animal sanctuaries where they are in groups or pairs. The inhabitants can take part in programmes for enrichment.