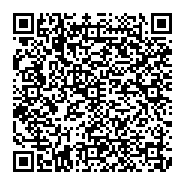 The review demonstrates that PK (pharmacokinetics) and a major part of PD (pharmacodynamics) of pn-iron(III)-oxyhydroxide carbohydrate complexes (pn-ICC) depend on the characteristics of the individual compounds that can be described as prodrugs and cannot be reduced to iron as active component only. Such an oversimplification can be a risk to the patients’ safety as the user might assume that all pn-ICC are more or less the same. This is clearly not the case as can be seen from the maximum allowed single daily dose, from the different pharmacovigilance and preclinical data. Moreover differences in efficacy were observed. As a result, it is neither helpful nor reasonable to reduce all pn-iron(III)-oxyhydroxide carbohydrate complexes to iron only.

Polynuclear iron(III)-oxyhydroxide carbohydrate complexes (pn-ICC) for parenteral, mainly intravenous application are individual compounds/molecules that can be described as prodrugs. They contain iron in a specific reactive form minimizing toxic reactions and allowing it to be incorporated into the hem of hemoglobin, into ferritin, transferrin and various enzymes, among others of the respiratory chain. Such drugs with medium molecular weights of more than 30,000 Daltons (containing more than 200 iron atoms per molecule) are colloidal solutions of nanoparticles which can interact specifically and lead to different reactions at the bio-interface depending on the charge and stabilizer (carbohydrates and their derivatives) [1,2].

If all pn-ICC are reduced to iron as active component only, as they currently and newly are according to the WHO’s ATC classification, then this is an oversimplification which cannot be scientifically justified in the light of the specific PK/PD (pharmacokinetics/pharmacodynamics) characteristics of each individual compound. Moreover, such a view can be a risk to the patients’ safety as the user might assume that all pn-ICC are more or less the same. This is clearly not the case as can be seen from the maximum allowed single daily dose and from the different pharmacovigilance data. Meanwhile, the WHO’s oversimplification would nonetheless be acceptable if the different pn-ICC could be described and were considered to be reacting as derivatives only, just like esters and salts, and as having the same safety and efficacy. But their characteristics and reactivity are clearly different and the various pn-ICC cannot simply be interpreted as different esters or salts of iron or iron(III)-oxyhydroxides.

Different esters or salts of active pharmaceutical ingredients (API) with known chemical structures usually show similar plasma concentration time curves (bioavailability curves) after application and it is generally accepted that this feature is determinant for interaction with the receptors leading to the desired effects over a given time. This means that the ester or salt of the API is rapidly transformed into the original API and can then interact with the receptors or be transported through membranes to the target areas with the same kinetics. Accordingly, their efficacy and safety are approximately the same as those of the original API. This type of API derivative only can be exchanged and have the same properties. As will be explained below, this approach is not appropriate for different, i.e. differing pn-ICC.

According to the EMA 2015 reflection paper on the data requirements for intravenous iron-based nano-colloidal products developed with reference to an innovator medicinal product [3], a more profound evaluation of similar pn-ICC is required. Not only an optimal physicochemical, but also a preclinical evaluation are recommended. Moreover, PK/PD data are necessary. In case of significant differences between the products, clinical efficacy data and a pharmacovigilance plan are also required. This approach may reveal possible differences between similar pn-ICC and minimize risks.

After injection or infusion, a major part of the pn-ICC is removed from the serum by macrophages with a specific and individual half-life and will be deposited in the liver, spleen and bone marrow [4] (Figure 1 and Table 1). Distribution to the different organs and different cells will differ according to the specific structure of the pn-ICC. For example, to avoid oxidative stress reactions, a maximum relative amount should be specifically deposited in the RES (reticulo-endothelial system) of the liver and a minimum relative amount in the mitochondria [2,5-10]. Depending on the specific needs and the underlying disease of the patient, and according to the structure of the pn-ICC, mononuclear iron species will be removed from the pn-ICC and transported to the target area by transferrin, e.g. for hem/hemoglobin synthesis.

Although the half-life values in the serum range between 1h and 30h for the different pn-ICC (Ferrlecit and iron dextran, respectively), the peak of the Hb-synthesis is reached after 2-3 weeks only [4,11].

After injection/infusion, a very small amount of iron of the pn-ICC (up to some 6 mg in an adult patient) can be bound to transferrin [11-13]. This reaction depends on the reactivity of the pn-ICC, which means that labile complexes such as Ferrlecit can release more iron than robust ones such as iron dextrans or iron polymaltose (derivatives) [2,14]. This individual reactivity of each pn-ICC will directly dictate the maximum allowed single dose that can be administered as a push injection or as an infusion over up to 6h according to the dose and preparation. During the first 24h after application or even later, NTBI (non-transferrin bound iron) can be increased depending on the dose and preparation. If administration is too rapid or the dose too high, well-known adverse events such as hypotension and metallic taste can occur [15].

Furthermore, the release of mononuclear iron species also depends on the reduction properties (reduction potential) of the pn-ICC, e.g. its reactivity with ascorbic acid or glutathione, which will influence the triggering of oxidative stress. It was shown that even ISS (iron sucrose similars) with the same composition and chemical characteristics can generate significant preclinical differences in vivo [5-10].

Although it is known that the iron oxyhydroxide core of iron dextrans and Ferinject® was identified as Akaganeite/Akaganeitelike (β-FeOOH), and that the iron oxyhydroxide core of Ferrlecit® and Venofer® seems to be a Lepidocrocite/Lepidocrocite-like (γ-FeOOH) or an amorphous structure [16], or that Venofer appears to match Ferrihydrite [17], it cannot be deduced that the said similar preparations will necessarily have the same PK/PD characteristics.

In addition, in vitro studies on peripheral blood mononuclear cells (PBMC) from healthy donor buffy coat revealed that sodium ferric gluconate and iron sucrose induced greater time dependent increases in intracellular reactive oxygen species (ROS) than iron dextran. CD4+ lymphocytes proved to be most affected. Moreover, a study compared the toxicity and intracellular availability of iron from iron dextran, iron sucrose, and iron gluconate in organs of avian (turkey) embryos. Significant differences were found in the survival ratios of the eggs and the embryo weights depending on the type of iron complex administered. The rank order of toxicities was iron gluconate > iron sucrose > iron dextran. This is in line with the maximum recommended single doses of the said preparations [18].

The clinically significant differences revealed by Rottembourg et al. and Stein et al. can be summarized to the effect that the efficacy of the original iron sucrose (IS) was significantly better or less adverse events occurred than with an iron sucrose similar (ISS). Rottembourg found that the switch from the originator IS to an ISS preparation led to a destabilization in a previously wellcontrolled population of HD patients and resulted in an increase in total anemia drug costs. On average, the patients receiving an ISS required 34% more iron as compared to patients treated with the originator product. Stein et al. reported three cases of adverse events following a change-over to an ISS.

With regard to the safety/risk evaluation, it is a ‘conditio sine qua non’ for any new manufacturing process or any new pn-ICC preparation to compare the NOAEL value using the originals or standards. This comparison must also include liver distribution and oxidative stress parameters such as those used for example by Toblli.

The PK/PD characteristics of pn-ICC are not only dependent on the polynuclear iron(III)-oxyhydroxide core but also on the ligands, e.g. sucrose, dextran (derivatives) or oxidized polymaltose. Sucrose is mainly eliminated by the kidneys within 24 h after application because no sucrase is present in human plasma to split sucrose into glucose and fructose. In addition, at pH 7.4, sucrose is only weakly bound to the pn-iron(III)-oxyhydroxide core [12]. In contrast, dextran is very strongly bound to the pn-iron(III)- oxyhydroxide core and, moreover, it can only be hydrolyzed very slowly by the amylase present in human plasma as no dextranase is present. Amylase hydrolyzes polymaltose, which is why iron polymaltose complexes have shorter have-life values than iron dextrans [4]. Moreover, dextrans can react with dextran antibodies that can be present in human plasma, which can lead to allergic and anaphylactic reactions and/or anaphylactic shock. Sucrose and polymaltose do not react with dextran antibodies [11,19]. The incidence of adverse events of the different pn-ICC depends on the interaction of the pn-ICC with the biological environment. According to [1], factors important for the interaction between nanoparticles and the biological environment include features such as size, form and surface, charge, ligand, functional groups.

It is worth noting that in the latest study, where the risk of anaphylactic reactions associated with intravenous iron products was compared, it was reconfirmed that different products lead to different incidences. The study reveals that among patients in the US Medicare non-dialysis population with first exposure to IV iron, the risk of anaphylaxis was highest for iron dextran and lowest for iron sucrose [20]. In addition, it was found by Grant et al. that iron isomaltoside provoked allergic reactions in 4 of 40 patients within five minutes after application. Due to this relatively high incidence, the authors decided to discontinue the use of this preparation. These examples clearly show that each pn-ICC definitively has its own characteristics.

The specific PK/PD characteristics of individual pn-ICC as presented above reflect the behavior of the prodrug and not that of iron incorporated into hemoglobin or ferritin (Figure 2). The metabolic process leading to the incorporation of iron into hemoglobin will usually lead to a peak within 2-3 weeks and can last for months before most of the iron injected/infused is released from the deposits. For example, using Ferumoxytol interferences with MRI were still reported after months [21-23].

Figure 2: The metabolic pathway of pn-ICC starts with the protected form of pn-iron(III)-oxyhydroxide, showing very different PK characteristics. After uptake by macrophages, iron in the form of iron(II) is released and transported by transferrin to the bone morrow for hem synthesis. Part of it is incorporated into ferritin as iron(III)-oxyhydroxide, and a minor part is incorporated into iron-containing enzymes as Fe(II).

The summarized facts clearly demonstrate that PK and a major part of PD depend on the characteristics of the pn-iron(III)- oxyhydroxide complexes and not on the “naked” or “free” iron itself [24,25], which does not exist under physiological conditions. Iron is always bound [26,27] to a partner, i.e. to a ligand. As a result, it is neither helpful nor reasonable to reduce all pn-iron(III)- oxyhydroxide carbohydrate complexes to iron only [28,29].