A Brief Note on Work in Physics 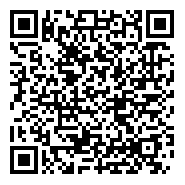 Work is a scalar quantity, which means that it has only magnitude and no direction. Work is the transfer of energy from one location to another, or from one form to another. The SI unit of work is the joule (J), which is also the unit of energy. The ancient Greek understanding of physics was limited to the statics of simple machines (the balance of forces), with no consideration for dynamics or the concept of work. During the Renaissance, the dynamics of the Mechanical Powers, as the simple machines were known, were studied from the standpoint of how far they could lift a load, as well as the force they could apply, eventually leading to the new concept of mechanical work. Galileo Galilei, an Italian scientist, developed the complete dynamic theory of simple machines in 1600 in Le Meccaniche (On Mechanics), in which he demonstrated the underlying mathematical similarity of the machines as force amplifiers. He was the first to demonstrate that simple machines do not generate energy, but rather transform it. According to Jammer, the French mathematician Gaspard-Gustave Coriolis coined the term "work" in 1826 as "weight lifted through a height," which is based on the use of early steam engines to lift buckets of water out of flooded ore mines. According to Rene Dugas, a French engineer and historian, "we owe the term work in the sense that it is used in mechanics now" to Solomon of Caux. Although the term "work" was not used formally until 1826, similar concepts existed prior to that time. In 1759, John Smeaton defined "power" as "the exertion of strength, gravitation, impulse, or pressure in order to produce motion." Smeaton goes on to say that this quantity can be calculated by multiplying "the weight raised by the height to which it can be raised in a given time," making this definition strikingly similar to Coriolis'. The displacement of the object in the system is determined by constraint forces, which limit it within a range. In the case of a slope plus gravity, for example, the object is stuck to the slope and, when attached to a taut string, it cannot move in an outward direction to make the string any 'tauter.' It eliminates all displacements in that direction, i.e. the velocity in the direction of the constraint is limited to zero, so the constraint forces do not perform work on the system. Constraint forces in a mechanical system prevent movement in the direction of the constraint.

As a result, the virtual work done by the forces of constraint is zero, which is only true if friction forces are excluded. Because the angle between the motion and the constraint forces is always 90°, fixed, frictionless constraint forces do not perform work on the system. Rigid interconnections between particles, sliding motion on a frictionless surface, and rolling contact without slipping are all examples of workless constraints. Internal forces on the rope and at the supporting pulley, for example, do no work on the system in a pulley system like the Atwood machine. As a result, work only needs to be computed for the gravitational forces acting on the bodies. Another example is the centripetal force exerted inwards by a string on a ball in uniform circular motion sideways, which restricts the ball's movement away from the center of the circle. This force accomplishes nothing because it is perpendicular to the velocity of the ball.