A Short Note on Bioethics 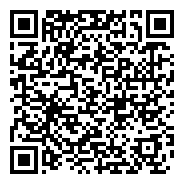 Bioethics is the study of moral issues that arise as a result of breakthroughs in biology, medicine, and technology. It suggests a conversation in society about moral discernment, which is frequently linked to medical practices and policies, but also to broader issues such as the environment and well-being. Bioethics is concerned with the ethical issues that occur when life sciences, biotechnology, medicine, politics, law, theology, and philosophy come together. It covers primary care, other disciplines of medicine ("the ethics of the ordinary"), ethical education in science, animal, and environmental ethics, among other topics. Bioethics is sometimes claimed as a new ethic to answer complex concerns of current society. Ethics also applies to many other studies outside the field of biological sciences.

Medical decisions taken by patients and health care professionals are influenced by ethics. The study of moral principles and judgments as they pertain to medicine is known as medical ethics. Respect for autonomy, beneficence, principles of beneficence, and justice are the four major moral convictions. Physicians can make moral decisions by applying these four principles and thinking about what their special concern for their scope of practice. Medical ethics is an academic discipline that includes work on its history, philosophy, theology, and sociology, as well as practical application in clinical settings [1].

Medical ethics is usually thought of as applied professional ethics, but bioethics covers a broader range of topics, including scientific philosophy and biotechnology challenges. The two fields frequently overlap, and the distinction is based on personal preference rather than professional consensus. Many principles in medical ethics are shared with other fields of healthcare ethics, such as nursing ethics. A bioethicist works with the medical and research communities to examine moral problems in our understanding of life and death, as well as to resolve ethical dilemmas in medicine and science. Equality in medicine, the intersection of cultural customs and medical care, ethical distribution of healthcare resources in pandemics, and biological warfare all are examples of this [2].

Medical sociology has studied into the concept of bioethics in clinical care. Many academics believe that bioethics originated in the 1970s in response to a perceived lack of responsibility in medical care. Hauschildt and Vries discovered that ethical problems were frequently reframed as clinical judgments to help physicians to make decisions when studying the medical care of ethics in medical treatment. Ethicists frequently place important decisions in the hands of doctors rather than patients [3].

Ethicists' suggested communication techniques reduce patient autonomy. Clinicians discussing treatment choices with one another before interacting with patients or their families to present a united front reduced patient autonomy, and clinicians concealing uncertainties Decisions about treatment's stated aims were reframed as technical matters, with patients and their families removed. Patients were guided to less intrusive end-of-life treatment through the employment of palliative care professionals as intermediates. Hauschild and Vries discovered that 76 percent of ethical consultants had previously worked as doctors.

In the study on informed consent, Corrigan discovered that some social processes limited patients' choices, but that patients could also find queries about permission to medical trials difficult.

Feminist bioethics challenges the fields of bioethics and medicine for failing to include the perspectives of women and other disadvantaged groups. Women's lack of perspective is said to contribute to power disparities favor men. The androcentric nature of medicine is seen to be the source of these power inequalities. Clinical medication trials that exclude women owing to hormonal swings and possibly future birth abnormalities are one example of a lack of respect for women. As a result, there is a knowledge gap in how drugs affect women. Because the lack of different viewpoints in bioethics and medicine might cause preventable harm to already disadvantaged populations, feminist bioethicists believe that feminist approaches to bioethics are essential [4].

Since it was seen as a "woman's problem," this study first gained attention in the field of reproductive medicine. Since then, feminist bioethics has evolved to encompass mental health, disability activism, healthcare accessibility, and medicines, among other themes. Lindemann stresses the importance of expanding the feminist bioethics agenda to encompass healthcare ethical norms, genetics, stem cell, and other areas.

Because scientists are changing genes, the building blocks of the human body, gene therapy raises ethical concerns. Therapeutic gene therapy, which modifies cells in specific body areas to cure specific genetic illnesses, is currently available. Hematopoietic illness, for example, can be treated with gene therapy. There is also a controversial gene treatment known as "germline gene therapy," which involves editing genes in eggs and sperm to avoid genetic disorders in future generations. It's unclear how long-term human development is affected by this form of gene therapy. In the United States, federal funds are not available for germline gene therapy research.

Bioethics has also been attacked as a field of study [5]. For example, Paul Farmer pointed out that bioethics tends to focus on issues arising from "too much care" for patients in developed countries, while giving little or no attention to the ethical problem of too little treatment for the poor. Farmer refers to the bioethics of dealing with morally challenging clinical problems in hospitals in developed countries as "quandary ethics." He does not dismiss dilemma ethics or clinical bioethics; rather, it believes that ethics must be balanced and give the poor appropriate amount.

Bioethics has also been faulted for its lack of diversity in thought, particularly in relation to race. Despite the fact that the discipline has expanded to incorporate public opinion, policymaking, and medical decision-making, there has been little academic work on the junction of race–particularly the cultural values encoded in that construct–and bioethical literature. In a 2016 critique, John Hoberman points out that bioethicists have generally been hesitant to expanding their theory to include sociological and traditionally relevant applications.

The theory of white normatively is fundamental to this, as it develops white hegemonic structures in bioethical academics and tends to reinforce existing biases. Different perspectives on bioethics’ lack diversity of thought and social inclusion.