Brief Overview on Aerospace in the Applied Physics 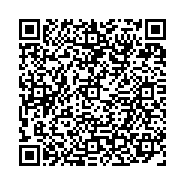 The term "aerospace" refers to the atmosphere and outer space as a whole. Aerospace activity is extremely varied, with numerous commercial, industrial, and military applications. Aeronautics and astronautics are two branches of aerospace engineering. Aerospace firms conduct research, design, and manufacture, operate, and maintain aircraft and spacecraft. According to the physical explanation that the air pressure is too low for a lifting body to generate meaningful lift force without exceeding orbital velocity, the beginning of space and the end of the air are considered to be 100 km (62 mi) above the ground. In most industrialized countries, the aerospace industry is a public-private partnership. For example, the National Aeronautics and Space Administration in the United States, the European Space Agency in Europe, the Canadian Space Agency in Canada, the Indian Space Research Organization in India, the Japan Aerospace Exploration Agency in Japan, the Roscosmos State Corporation for Space Activities in Russia, the China National Space Administration in China, SUPARCO in Pakistan, and the Iranian Space Agency in Iran all have government-funded civilian space programs. Many companies produce technical tools and components such as spacecraft and satellites in addition to these public space programs.

Boeing, Cobham, Airbus, SpaceX, Lockheed Martin, United Technologies, MDA, and Northrop Grumman are some well-known companies involved in space programs. These companies are also involved in other aspects of aerospace, such as aircraft construction. Engineer George Cayley pioneered modern aviation in 1799. Cayley proposed an aircraft with a "fixed wing and a horizontal and vertical tail," defining the modern airplane's characteristics. The Aeronautical Society of Great Britain (1866), the American Rocketry Society, and the Institute of Aeronautical Sciences were all founded in the nineteenth century, making aeronautics a more serious scientific discipline. Gliders were used by airmen such as Otto Lilienthal, who introduced cambered airfoils in 1891, to analyse aerodynamic forces. Lilienthal's work piqued the Wright brothers' interest, and they read several of his publications. They were also inspired by Octave Chanute, an airman and author of Progress in Flying Machines (1894). Cayley, Lilienthal, Chanute, and other early aerospace engineers contributed to the Wright brothers' first powered sustained flight on December 17, 1903, at Kitty Hawk, North Carolina. War and science fiction inspired scientists and engineers such as Konstantin Tsiolkovsky and Wernher von Braun to achieve extraterrestrial flight. Wernher von Braun was inspired to develop the V1 and V2 rockets during WWII. The Space Age began with the October 1957 launch of Sputnik 1, and the first manned moon landing occurred on July 20, 1969, with Apollo 11. The Space Shuttle Columbia launched in April 1981, marking the beginning of regular manned access to orbital space. The "International Space Station" is the continuation of a sustained human presence in orbital space that began with "Mir" in 1986. Commercialization of space and space tourism are more recent developments in aerospace. The aerospace manufacturing industry is a high-tech industry that produces "aircraft, guided missiles, space vehicles, aircraft engines, propulsion units, and related parts". The majority of the industry is focused on government work. The US government has assigned a Commercial and Government Entity (CAGE) code to each Original Equipment Manufacturer (OEM). These codes aid in the identification of each aerospace manufacturer, repair facility, and other critical aftermarket vendors. The Department of Defense and the National Aeronautics and Space Administration (NASA) are the two largest consumers of aerospace technology and products in the United States. Another large industry is the airline industry. In 2006, the aerospace industry employed 472,000 wage and salary workers.