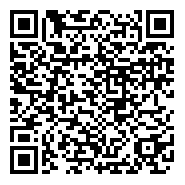 The evidence for the Big Bang, which propelled huge amounts of energy into the nothingness of space, leads to an explosion known as the Big Bang. To put it another way, the big bang was essentially a massive amount of energy 'detonating' to create the universe. Furthermore, it is largely considered that this tremendously concentrated amount of energy came from a single point, or singularity, as we would refer to it. Prior to the twentieth century, it was widely considered that nature was simple, and that simpler natural views were thus more likely to be right. This concept was founded on the aesthetic value of simplicity in human intelligence, and theological justifications were commonly used. The origin of the universe has always been and will continue to be a topic of debate that we may never be able to completely resolve. As a result, a wide range of hypotheses ranging from plausible to wildly speculative have been presented to answer this problem. This paper will seek to answer this question in a more straightforward, grounded manner by returning to principles, examining what we presently know, and deducing the universe's genesis using a combination of logic and Occam's razor