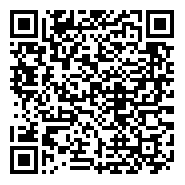 It's possible that the thermos-elasticity hypothesis is a hybrid of elasticity and warmth conduction ideas. It has to do with the effect of heat on the deformation of an elastic medium, and thus the inverse effect of deformation on the thermal condition of the medium under consideration. When the time rate of variation of a heat source or the time rate of variation of thermal boundary conditions on a medium is compared to the structural oscillation features, thermal stress is produced. The answers to the subject for the areas of temperature and stresses should be derived using the thermo elasticity coupled equations under this circumstance. This could be said that the classical theory is an uncoupled theory of thermo elasticity presenting a phenomenon not presenting real physical features of the medium. In classical theory, the thermal equation features a parabolic form, projecting infinite velocities of warmth wave propagation. Such estimation cannot present a true property, especially in problems concerned with thermal shocks [1,2]. Thermal stresses are produced when the temperature field within an elastic continuum varies. The constitutive law influences the temperature field in the governing equations of thermoelasticity. The linear addition of heat strains to mechanical strains is the basis of linear thermoelasticity theory. The equilibrium and compatibility equations are the same as for elasticity problems, however the constitutive law is different. Many strategies developed to handle elasticity problems can also be applied to thermoelasticity problems based on this foundation. However, certain types of thermoelasticity problems, such as coupled thermoelasticity problems, necessitate wholly distinct mathematical approaches and analysis methods [3-5]. Several non-classical theories have been proposed in the last ten years to address these issues. Such theories give a modified version of the traditional Fourier's law of heat conduction, as well as hyperbolic heat transfer equations for thermal pulses with finite velocity. Thermal propagation is a wave phenomenon, according to these theories (not a diffusion phenomenon). Maxwell originally showed finite velocities of warmth distributions (called second sound) in hyperbolic form (1867). In contrast to Fourier's rule, which states that waves reach the top of the body with no delay, the second effect accepts finite speeds for thermoelastic wave propagation, particularly in the case of thermal shocks (an unreal response). Lord and Shulman published a wave-form thermal equation (1967). Instead of the law of Fourier, they regarded a law of warmth conduction as a successor. The term "time constant" was coined by the authors. The linear link between temperature and warmth flux encompasses temperature rate and thermal rates, which supports their theory. For many mediums, many researchers have supplied helpful information about the physical features of the relief time [6]. Green and Lindsay (1972) proposed the second generalised theory, which incorporated the temperature rate as a dependent term on two variables of the relief times. Within the entropy expression and stress correlation, the authors specified two distinct lag times (t1, t2). Therefore, GL modifies the constitutive laws and LS modifies the equation of energy. A replacement model without considering the energy wastage was presented by Green and Naghdi (1993), who employed the displacement-temperature-flux rate in Fourier's law. Compared with the classical model associated with heat conduction Fourier's law, the most aspect of this model is that the thermal stream doesn't consider energy wastage. Three different types of constitutive response functions were described under the Green-Naghdi (GN) hypothesis. Ignaczak (1981) proposed a mixed system of equations for the GL and LS models, as well as a stress-heat flux uniqueness theorem with a single time constant for generalised thermoelasticity. This paper provides a detailed overview of modified thermoelasticity models and their feedbacks in recent studies through a review of generalised thermoelasticity studies. The Lord-Shulman, Green-Lindsay, Green-Naghdi, dual-phase-lag, and multi-phase-lag theories, as well as their applications for various geometries and materials, are discussed in this essay. In addition, each study's considered geometry and solution technique are stated. The theory takes into account the coupling effect between temperature and strain rate, but the resulting coupled equations are both hyperbolic.