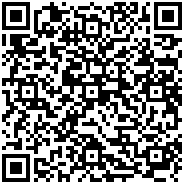 Kinematics is a physics subfield developed from classical mechanics that describes the motion of points, bodies (objects), and systems of bodies (groups of objects) without taking into account the forces that cause them to move. Kinematics is often referred to as "geometry of motion" and is sometimes considered a branch of mathematics. A kinematics problem starts by describing the system's geometry and declaring the initial conditions for any known values of position, velocity, and/or acceleration of points within the system. The position, velocity, and acceleration of any unknown parts of the system can then be determined using geometry arguments. Kinetics, not kinematics, is the study of how forces act on bodies.

Geometric transformations, also known as rigid transformations, are used to describe the movement of components in a mechanical system, making it easier to derive the equations of motion. They are also important in dynamic analysis.

A physical quantity is a material or system's physical property that can be quantified through measurement. A value is the algebraic multiplication of a numerical value and a unit to express a physical quantity.

The physical quantity of mass can be quantified as n and kg, where n is the numerical value and kg is the unit. A physical quantity shares at least two characteristics. One is the numerical magnitude, and the other is the unit of measurement. Many quantities are associated with significant and useful derived quantities like densities, fluxes, flows, and currents. When used in the same context, different terms like rate, frequency, and current are sometimes used interchangeably and other times only once. For instance, despite being a physical quantity, length changes in both special and general relativity. In the world of science, the concept of physical quantities is so fundamental and obvious that it doesn't even need to be stated explicitly. It is generally accepted that scientists will deal with quantitative data rather than qualitative data most of the time.

Physical quantities are not commonly used in physics and are not part of the accepted physics lexicon. The concept is frequently misunderstood because, despite the name implying "a quantity that can be measured physically," it is frequently used incorrectly to refer to a physical invariant. Numerous fields have unique physical invariants because of the physics' rich complexity. No known sacred physical invariant exists in all conceivable branches of physics. In some scales and systems, it is discovered that various quantities such as energy, space, momentum, torque, position, and length are experimentally variant. Additionally, the idea that "physical quantities" can be measured, especially when it comes to quantum field theory and normalization methods.