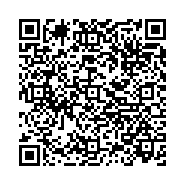 Neutron beam diameter (NBD) is a very important parameter in experimental nuclear in the nuclear research reactor. Accurate determination of the NBD is the best method, which makes an optimal sample size correctly, to reduce data analysis errors. To identify the NBD, we can use some methods: simulation by Monte-Carlo method, neutron imaging, and neutron activation analysis. In this report, we determined NBD of the 3rd horizontal channel of Dalat nuclear reactor that activated Gold foil. The results showed this method to be more quickly and correct results, and experimental material could reuse for another experiment.

Neutrons have played an important role in the characterization, development, testing and application of materials over the past 70 years. Determination of NBD in nuclear research reactor (NRR) is necessary that build shielding system, sample sharp, sample position. The correct NBD would reduce the experimental result errors and choose better nuclear material shielding. Normally, three methods determined the NBD as the following:

For simulation method, in the principle, we could calculate and simulate filtered neutron, and the NBD at any neutron paths of channel of nuclear reactor [3,4]. However, comparison between the calculated and experimental results is more differential results. Therefore, the method was to be prepared before to do the real experiment, so it could not replace empirical methods. Typically, in the horizontal channel of nuclear reactor, construction of the neutron beam guide configured out, and still adjusts accordingly that must real experiment.

Recently, after setup guiding and focusing neutron beams, the experimental method often used to activate Gold foil was determined. Normally, the foil activated by two ways as the following [5,6]:

However, the limits of two ways of this method were to be measured delay gamma several times, easily mistaken position of gold foils. The error of diameter neutron depends on the size of the gold fraction strongly.

In this paper, we activated foils which are the same material (this research used gold foils, 197Au) and same activation position in the way of outcome neutron. This experiment was set up in the 3rd horizontal channel of DNR. One gold foil is smaller diameter than the NBD and another is larger diameter than the NBD. Thus, in this method, the small foil would activate whole its, and large foil would not activate whole its.

Dalat nuclear reactor (DNR) is a NRR, which based on TRIGA mark II design. It has 4th horizontal irradiation channels and thermal neutron flux (n.cm-2.s-1): Figure 1: The structure of horizontal channels of DNR.

The tangential beam port No. 3 (the 3rd horizontal) of the DRN was designed to transport neutrons to the thermal neutron, where the instrument using the gamma-gamma coincidence spectrometer was installed.

The previous researches, NBD of the 3rd neutron channels of DNR determined neutron radiography. In the Figure 2, the NBD sharpness was not clearly, the border was blurred, so the value of NBD was false. Figure 2: The sharpness of the neutron beam of 3rd channel by neutron radiography.

In the neutron activation analysis, the incidence neutron flux come to sample was determined as the following function [7]:

where Net is the net area of the photoelectric peak; tm is the counting time on second (s); A is the mass atom;

is the saturation factor; tc is the irradiation time (s);

is the factor decay time; td is the decay time (s);

is the factor counting times; m is the weight of the activated sample (gram); I0 is gamma intensity (gamma branch ratio, %); θ is abundance isotope; εγ is efficiency of spectrometer at photoelectric gamma peak energy; σ is thermal cross section (barn); NA is Avogadro constant number, Figure 4a: The relative neutron flux depended on NBD.

Figure 4b: The structural configuration of 3rd channel of DNR.

The 3rd horizontal channel system consists of the steel hollow cylinder which has 203 mm outside diameter, and 3150 mm length. Inside the cylinder, a silicon crystal cylinder was to be filtered neutron, which was neutron thermalization; water was controlled neutron flux (open and close neutron beam); paraffin-B, lithium, cadmium was neutron collimator; concrete, lead was shielding.

The sample was activated a same place where was 4 cm distance from the end of the neutron collimator to outside and directly opposite. After the sample was activated completely and decayed, used the gamma HPGe detector spectrometer, which was 1.9 keV FWHM solution, 70% relative efficiency (1332 keV), and the count rate background was less 10 cps.

Two activated gold foils were placed concentric, right angle and same position of neutron beam on the 3rd horizontal channel of DNR. Figure 5 showed the relative of NBD and foils.

Calculation the irradiation time (tc) was correctly so that it reduced neutron scattering on foil. The foil was irradiated, delayed, and measured the gamma spectrum with the appropriate time, respectively. In the gamma spectrum, as dissect above, we only interested 411.8 keV gamma ray. To minimize errors in the method, we collected the count of 411.8 keV peak more than 15,000 counts, so the statistical error of 411.8 keV peak was <1%. The neutron flux followed formula (1) for two different gold foils were shown on the Table 1.

By calculating and reducing the overweight, we have correct weight of sample that was activated, and after that, we calculated accuracy the NBD.

, where m is mass sample, which was a function of radius of sample as the following:

Where r, d, and ρ is radius, thickness, and density of sample, respectively.

Now, interesting the large foil, imaging the large foil devised two concentric circle parts which one (inner circle) has m1 mass, and the diameter of inner circle was equal the NBD, and the other (annular) has m2 mass which was overweight mass, so the mass of large foil was m=m1 + m2. In this research, m=m1 + m2=0.4651 (g). Figure 6 showed imaging sample division. If φc was obviously accurate neutron flux, then φc was must equal

where m1 was above value analysis. Divided formula (3) by

A system of equation for m1 and m2 as the following:

was also the neutron flux that collected by small foil,

. In this experimental result, for Table 1,

The NBD error was determined by conventional errors with 3 parameter errors were: the thermal neutron cross section gold error, the efficiency detector error of 411.8 keV peak, and the statistical count error.

So, when reducing the overweight of gold foil, which was not activated by this calculated method, the accurate NBD was d=1.968 ± 3.32 % (cm).

Thanks to the neutron activation analysis, NBD of the 3rd horizontal channel of DNR was identified. The method was simplified and exactly to determine the neutron beam diameter. This method was overcame limitations of other previously experimental ways which was the same activation method.

The other benefit of this method was the gold foil could use again or more than once. The reused activated gold was very simplified calculation, so the method reused experimental material.

The errors in this method were reduced until as best as possible by the counting time, the irradiation time, and the decay time adjustment.

The authors would like to thank the leader of Dalat Nuclear Research Institute has supported and help in this research.