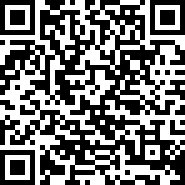 The A central organizing concept in biology is that life changes and develops through evolution, and that all life-forms known have a common origin. The theory of evolution postulates that all organisms on the Earth, both living and extinct, have descended from a common ancestor or an ancestral gene pool. This universal common ancestor of all organisms is believed to have appeared about 3.5 billion years ago. Biologists regard the ubiquity of the genetic code as definitive evidence in favor of the theory of universal common descent for all bacteria, archaea, and eukaryotes. The term "evolution" was introduced into the scientific lexicon by Jean-Baptiste de Lamarck in 1809, and fifty years later Charles Darwin posited a scientific model of natural selection as evolution's driving force. (Alfred Russel Wallace is recognized as the co-discoverer of this concept as he helped research and experiment with the concept of evolution.) Evolution is now used to explain the great variations of life found on Earth. Darwin theorized that species flourish or die when subjected to the processes of natural selection or selective breeding. Genetic drift was embraced as an additional mechanism of evolutionary development in the modern synthesis of the theory.

The evolutionary history of the species which describes the characteristics of the various species from which it descended together with its genealogical relationship to every other species is known as its phylogeny. Widely varied approaches to biology generate information about phylogeny. These include the comparisons of DNA sequences, a product of molecular biology (more particularly genomics), and comparisons of fossils or other records of ancient organisms, a product of paleontology. Biologists organize and analyze evolutionary relationships through various methods, including phylogenetics, phenetics, and cladistics. Evolution is relevant to the understanding of the natural history of life forms and to the understanding of the organization of current life forms. But, those organizations can only be understood in light of how they came to be by way of the process of evolution. Consequently, evolution is central to all fields of biology.