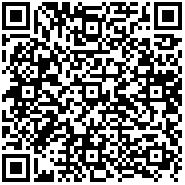 Thermal anisotropy: Non-cubic crystals, for example, can have different thermal conductivities along different crystal axes. With 35 W/(mK) along the c axis and 32 W/(mK) along the an axis, sapphire is a notable example of variable thermal conductivity based on orientation and temperature. Wood conducts better along the grain than across the grain. Metals that have been heavily cold pressed, laminated materials, cables, materials used in the Space Shuttle thermal protection system, and fiber-reinforced composite structures are other examples of materials whose thermal conductivity varies with direction. The direction of heat flow may differ from the direction of the thermal gradient when anisotropy exists.

Electrical conductivity: According to the Wiedemann-Franz law, thermal conductivity in metals is approximately correlated with electrical conductivity, as freely moving valence electrons transfer not only electric current but also heat energy. However, due to the increased importance of phonon carriers for heat in nonmetals, the general correlation between electrical and thermal conductance does not hold for other materials. Silver is less thermally conductive than diamond, which is an electrical insulator but conducts heat via phonons due to its orderly atomic array.

Gaseous phases: Air and other gases are good insulators in the absence of convection. As a result, many insulating materials simply function by having a large number of gas-filled pockets that block heat conduction pathways. These include expanded and extruded polystyrene, silica aerogel, and warm clothing. Fur and feathers, for example, are natural biological insulators that trap air in pores, pockets, or voids.