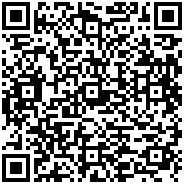 This work investigated the possibility of using natural clays as additives in cement- sand mortar. Natural clays were collected from three different locations in Sri Lanka for this study. Collected clays were refined and milled as powder by using mortar and pestle, and possible standard methods. A homemade ball mill machine was used to crush the powdered clay further and mixed with cement. The bricks and pellets were casted separately by used the pure clays. Mortar blocks and pellets were prepared with clay additive percentages of 10 wt% and 20 wt% of replacement in the cement; samples were prepared with the ratio of cement and sand volume quantity in 1:3. The casted bricks and blocks were used to investigate the compressive strength and water absorption of the samples. According to the result of the study, compressive strength values of the cement mortar with additive clay samples were increased between about 45 and 83 MPa. The water absorption of the samples with additives was very close values. The density and compressive strength of the samples apparent polynomial trend line against water absorption, with regression coefficient of 0.936 and 0.366 respectively. The samples manifest, when density was reached almost half of its initial value while water absorption was doubled of its initial value. The water absorption of the samples was dramatically doubled while compressive strength was the half of its initial value. Pellet samples were used to determine the thermal conductivity and electrical conductivity. The electrical conductivity values were not much vary among them. Thermal conductivity values of the samples with additives were clearly disclosed slight increment but samples casted by pure clays were shown marginal decrement of those values. Cement mortar with additive clay exhibited higher compressive strength, because have more homogeneity binder, less pores, and higher level of adhesion at interfacial zone.

Nanosized particles have a high surface to volume ratio help to enhancing tremendous chemical reaction with cement. Most of the studies are highlighted on the synthesized nano particles, limited investigations are evidence for the addition of nano sized and nano structured natural materials in the cement mortar. Nano-particles produce nuclei between cement phases and increasing the hydration of cement, because of its high reactivity [1]. It is composed of amorphous phase, nano to micrometer size particles; they enhance the reinforcement, as filler between cement-sand particles, and reduce the porosity [2].

In the construction industry MMT is widely used and they are extracting from the natural clays. Adikary et al. [9] initiated the extraction of MMT and its properties by used the naturally occurred clay deposits in Murunkan region in Mannar district, Sri Lanka. Further, ultrasonic method was used to remove the non-clay samples and characterized with Fourier transform infrared spectroscopy (FTIR), Differential thermal analysis (DTA), linear shrinkage test, and X-ray diffraction (XRD). Higher level of MMT in the clay was ensured through the XRD spectrum analysis on the Murunkan clay.

In this study clays collected from three different locations in Sri Lanka (Murunkan, Vepavettuvan, and Siththandy).

Aggregate: Natural siliceous sand was used and it has specific gravity of about 2.9 and particle size between 0.05 and 6 mm.

Water: Tap water was used in the sample preparation.

Cleaning process of the clay samples: Collected clays were purified in separate by following methodology. Initially larger aggregates (stones, roots, etc.) were removed manually by hands and used different sizes of mesh. Then the clays were well mixed in the pure water and purified by the mesh. The purified clay was packed in a cotton cloth and hanged for 24 hours to remove water under the gravity; filter out clay was placed in an open dry place for 24 hours to dry. The dried clay was crushed as powder by using mortar and pestle.

Clay brick preparation: The purified clay was separately mixed with pure water and shuddered to soften the clay for casted as 100% clay bricks. The shuddered clay was kept in the cool dry place to accumulate water into the clay for 24 hours and casted as bricks. According to the literature [10], a wooden mould selected to cast the bricks was 18.5 × 8.5 × 6.5 cm3. The clay brick samples were used to evaluate the water absorption and compressive test.

Cement, clay, sand, and water mixed block preparation: The powdered clay was mixed in separate with cement by using a homemade ball mill machine as shown in Figure 1, using four balls (Ø 11 mm) for 20 minutes, forming clay and cement composite. The additive clay levels were selected as 10 and 20 wt% in cement. The well mixed clay cement mixture was used to hand mixed with sand in the volume percentage of 1:3. The mixture was added with water, shuddered, and casted as blocks. An external vibrator was used to facilitate compaction and decrease the amount of air bubbles. According to the literature and ASTM standards [12], a wooden mould selected to cast the blocks was 5 × 5 × 5 cm3. All specimens prepared as explained in the above sections were grounded by using sand paper, so that the loading faces were properly aligned.

Sample matrix: Pure clay bricks were casted by using all three clay samples and blocks moulded with two different weight percentages of the clays are listed in Table 1.

Compressive strength test: The standard ASTM C109 test method was conducted to measure the compressive strength of the mortars and bricks with 5000 kN hydraulic testing machine with the loading rate of the test was 0.10 mm/s. Six specimens on each samples were tested and the average was the strength.

Water absorption: Water absorption test is required to check whether the blocks/bricks are suitable for water logged areas or not. As per standards the blocks/bricks should not absorb water more than 20% of its original weight. The specimens were dried in a drying oven at a temperature of 110°C to 115°C for 24 hours and were removed the bricks from the oven for allow to cool them to room temperature then obtain it’s weight W1(kg). Specimens were immersed completely in water at room temperature (28 ± 3°C) for 24 hours and removed the specimens, wiped out any traces of water by using a damp cloth and weight the specimen W2(kg). Water absorption capacity was calculated by the equation is:

Thermal conductivity: On the basis of literature, the steady state technique was performed to measure the thermal conductivity of cylindrical pellet specimen by using Lee’s disc apparatus [14]. The cylindrical specimen was placed between two plates of the Lees disc apparatus as shown in Figure 2. One plate was heated, and other was heated to lesser. Temperature of the plates was monitored until steady state. The steady state temperatures of plates (t1 and t2), thickness (h), and cross sectional area (A) of the specimen was measured. Thermal conductivity (λ) of the sample was calculated by using following equation. Quantity of heat passing through the base area of the specimen (Q) was measured by using current and potential through the heating coils of the Lee’s disc apparatus. Compressive strength of the bricks and mortar blocks are mentioned in the following Table 2, the coefficient of variation is mentioned in between brackets.

Table 2. Compressive strength of the sample.

According to the Table 2, it can be explained that the cement mortar containing clay experiences compressive strength development higher than that of mortar without clay additive. The development of cement mortar, compressive strength was not considerably increases with the percentage of addition of clay. Density of the samples is in between the range of 1419 and 2030 kgm-3. It’s indicating that the weight of the samples is not in an enormous deviation. Figure 3: Relationship between compressive strength and density of the samples.

Water absorption of the bricks and mortar blocks are mentioned in the following Table 3.

Table 3. Water absorption of the sample.

The average density of the samples, water absorption, and water absorption per kilogram of unit volume were calculated and the results are illustrated on the Table 3. The water absorption values obtained are very close for the samples with additives with respect to that value of plain mortar, showing only a marginal difference between 1.87 and 2.85% of the average values.

The difference of density between clay bricks and cement motors are negligible, as shown in Table 3. However, the pure clay bricks have a much higher water absorption rate than clay added mortar, the difference reaches between about 6 and 8%. Figure 4: Relationship between density and water absorption of samples. Figure 5: Relationship between compressive strength and water absorption of samples.

Electrical and thermal conductivity of the pure clay and cement added pellets are mentioned in the following Table 4.

According to the Table 4, the thermal conductivity values of the samples with additives are increased with respect to the control sample; but the values for pure clay samples shows reduction with respect to the control sample. The results show that the greatest thermal conductivity of 0.981 Wm-1K was obtained for 10 SP sample and lowest value of that on MP sample as 0.233 Wm-1K. It therefore indicates that clay samples are better insulating materials among the samples because of their lowest thermal conductivities. The clay conduct heat at the lowest rate and absorbent power acquire prolonger time to reach the steady state [13].

Electrical conductivity of the samples added with clay were not much differ from that value of plain cement sample, but pure clay samples were found to increase that values; because of the salt content in to the pure clay showed increment and when it is added in the cement might neutralized.

Thermal conductivity of the samples added with clays was found to increase with respect to the plain cement sample. This effect is very important during the exothermic reactions occurs in the hydration of cement. The metal oxides in cement behave as a catalyst for the oxidation of clay at higher temperatures and increase its thermal conductivity.

The clay in cement mortar acts as a nano-fiber, increase the density, and enhances its strength. The strength of the samples influenced by their composition, particle size distribution, and activity of each component in the mixture. The soil enhances cohesion between the components and giving strength. The clay act as filler and forming a compact structure, also maintaining particle distribution throughout the sample. Cement provide long-term physical and chemical strength, because of its hydration property [14].

The clay also contains montmorillonite (MMT), which interacts with cement to improve cohesion, de-molding, and strength. The presence of other elements in the clay (for example carbon, MgO) might adversely affect the properties. Further research work is required to explain resulting behavior patterns (For example morphological studies (SEM, TEM), thermo gravimetric analysis (DTA, TGA, FTIR)). The effect of nano level dispersion in to the cement mortar should be investigated.

Author contributions: Ahilan Sitpalan directed and supervised the work, including designing the experimental methodology, which was undertaken by appended authors.