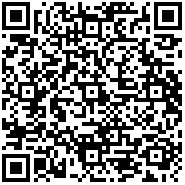 Food deterioration could be defined as the excessive proliferation of microorganisms, the decaying or undesired decomposition of food due to other natural causes (physical or chemical changes). In other words, food structures become inconsumable as a result of microorganisms, enzymes, insects and other living organisms, as well as the influence of environmental factors such as oxygen and light, in different durations and processes depending on the type of processed or unprocessed foods and storage environments. Deterioration in food causes alteration nutritional values as well as the changes in taste, color and appearance. In brief, food deterioration is a metabolic process that alters the sensory properties of the food, thus the food becomes undesirable or unacceptable for human consumption [1-3].

Consumption of certain deteriorated food might not cause health problems in individuals, given the fact that pathogens or toxins are not present in it. However, foods that underwent a change in texture, smell, taste or appearance could cause serious health problems. The Center for Disease Control and Prevention (CDC) estimates that approximately 48 million cases of foodborne diseases occur every year and these diseases result in an estimated 128.000 cases and 3.000 fatalities each year [4].

Food loss, from farm to fork, result with significant environmental and economic impacts. The USDA Economic Research Service estimated that retailers, food service stakeholders and consumers in the US suffered a loss more than ninety-six billion pounds in 1995, due to the deterioration of food products. Fresh products and liquid milk comprised approximately 20% of these losses, followed by grain products (15.2%), calorie sweeteners (12.4%), processed fruits and vegetables (8.6%), meat, poultry and fish (8.5%) and fats and oils (7,1%) [5].

The shelf life of a food is the duration that the food remains stable and maintains its desired qualities. Several deteriorations are unavoidable and various factors could cause food deterioration:

Parasites, for instance, observed in meat or fish, make the food undesirable

The present study provides information on the fungi which are considered as the microbial deterioration factors.

Fungi are highly important for the ecosystem due to their roles in decomposition. Fungi, which exhibit a cosmopolitan spread in almost every climate and every habitat in the world, use numerous diverse substrates based on the region of presence. Besides their significant benefits in pharmaceutical industry and other industries, fungi cause serious health problems and deterioration in food products. Fungi could cause damage in various phases of food processing, such as harvesting, storage, packaging and transportation of post-harvest products and other foods [7]. For post-harvest processes, fungal pathogens are considered the main agents of fresh fruit and vegetable decay [8]. More than 100 fungus species cause the majority of post-harvest diseases and these diseases are capable of destroying 10 to 30 % of the products [7]. The rate of food losses in developing countries and tropical regions could be as significant as 50% [9].

Botrytis cinerea is known to cause economic losses with fruits and vegetables, such as raspberry, strawberry, grape, kiwi, pear, peach, plum, cherry, carrot, lettuce, peas and beans. Furthermore, fungal pathogens such as B. allii (onion and garlic-like plants), Penicillium italicum, P. digitatum (citrus fruits, green rot), P. expansum (apple and pear, blue rot), P. glabrum (onion) ve P. funiculosum (onion) cause losses during the storage of the foods [10]. Types of fungi such as Fusarium, Geotrichum and Aspergillus are the fungal pathogens that cause economic losses due to causing rotting in fruits and vegetables [7].

Fungi produce several secondary metabolites in their structures. One of these secondary metabolites is mycotoxins. Taxon groups of Aspergillus, Penicillium, Alternaria and Fusarium species in the ascomycete division are the most significant groups that produce mycotoxins. Currently, 400 mycotoxins were identified. There exist 64 different mycotoxins produced by species belonging to genus of Aspergillus and 97 belonging to genus of Penicillium [11,12].

Aflatoxins are derivatives of difuranocoumarins produced via the polyketide pathway of majority of the Aspergillus flavus and A. parasiticus strains. Particularly, A. flavus is a common pollutant in agriculture. Although, A. bombycis, A. ochraceoroseus, A. nomius and A. pseudotamari are species that produce aflatoxin, they are less prevalent. Adopting a mycological point of view, it is observed that there are great qualitative and quantitative differences in the toxigenic abilities of different strains for each of the aflatoxigenic species. For instance, approximately half of the A. flavus strains are capable of producing aflatoxin, however these are capable of producing more than 106 μg/kg [13]. In nature, there are 14 or more aflatoxin types. Especially, four of these aflatoxin types, B1, B2, G1 and G2, are considered highly dangerous due to their presence in nutritional mediums of humans and animals. The majority of their interaction with humans occur through the consumption of contaminated nuts, cereals and grain products. In addition, aflatoxin M1 (AFM1) is a product of the metabolism of aflatoxin B1 (AFB1). It could be found in milk exposed to high aflatoxin. Consequently, individuals, who especially reside in regions where lowest quality cereals are used as animal feed, could possibly be exposed to aflatoxin, especially through milk and milk products, including breast milk. The food products could be contaminated both before and after the harvest. Although pre-harvest contamination is generally limited to products such as corn, cotton, peanuts and tree barks, post-harvest contamination could be observed in various other products, such as coffee, rice and spices. General contamination (hot and humid storage environments) could lead to higher contamination levels under inadequate storage conditions when compared to typical optimal field conditions [14].

Ochratoxin A (OTA) is a foodborne mycotoxin naturally found in a wide variety of agricultural products in the world, such as cereals, dried fruits, wine and coffee. Ochratoxin A is produced by several different mushrooms such as A. ochraceus, A. carbonarius, A. niger and P. verrucosum [15]. OTA is a chemically stable compound. With respect to such feature, ordinary food processing measures fail significantly in reducing its presence in foods and beverages. Furthermore, OTA is a serious carcinogen for humans and animals [15].

Patulin, is a toxin, which is created by the species that belong to the Penicillium, Aspergillus, Paecilomyces and Byssochlamys genera, that could commonly occur in apples and apple products, pears, apricots, peaches, grapes, fruit, and less in different foods such as cheese and meat [16]. Since 2003, the European directive 1425/3003 limited the amount of patulin for juices and derivative products to a maximum of 50 μg/L, for solid apple products to 25 μg/L, for juices and foods prepared for infants and toddlers this amount is limited to 10 μg/L. Currently, the US Food and Drug Administration (FDA) limits patulin to 50 μg/L. Patulin has a strong affinity for sulfhydryl groups. Patulin was reported to have acute toxic, sub-acute toxic, genotoxic, carcinogenic, embryotoxic and immunotoxic effects [17].

Zearalenone (ZEA) is a mycotoxin produced by several Fusarium, mainly the Fusarium culmorum, F. roseum and F. graminearum. It is acknowledged that cosmopolitan Fusarium spp. infect wheat, barley, rice, corn and other crops before and after harvest. Due to these characteristics, they cause worldwide contamination in foods and animal feeds. Research indicated that high levels of ZEA contamination in cereals and other foods were prevalent throughout the world. The maximum ZEA consumption levels for humans were determined as 20 μg/kg for infants in foods, 50 μg/kg in corn-based snacks and breakfast cereals, and 200 μg/kg in unprocessed corn and several corn products. There exist case reports indicating that female children experienced early adolescence due to being chronically exposed to ZEA in various parts of the world [18].

Fumonisins are mycotoxins, naturally produced by various Fusarium species. The B1, B2 and B3 (also acknowledged as FB1, FB2 and FB3) are the main fumonisin forms that are found in food. Various countries reported fumonisin exposure between the years 2011 and 2016. In European countries, the daily average exposure to FB1 and total fumonisins was reported to be generally below 250 ng/kg of body weight (bw), however, the risk of exposure to FB1 was reported to be high for Guatemala, Zimbabwe and China. The maximum amount of exposure for adults living in a rural China was reported as 7700 ng/kg of bw per day. The highest average exposure to total fumonisins was reported in Malawi with a value of 3000 to 15.000 ng/kg bw per day. Fumonisins were reported to cause liver damage in various animal species, such as pigs, horses, cattle, rabbits and primates. Despite being fully certain, exposure to fumonisins is considered to cause various serious health problems such as cancer and birth defects in humans [19,20].

Trichothecenes are mycotoxin species, which are produced by species that belong to the Fusarium, Myrothecium, Spicellum, Stachybotrys, Sefalosporium, Trichoderma and Trichothecium genera, and cause major economic losses in cereal and cereal products every year [21]. Human exposure to trichothecenes occur via the consumption by wheat, rye, barley, oats and other cereals. Depending on the nutritional habits in Africa and Middle East, the daily intake varies within an average of 0.77-2.4 mcg/kg of body weight. In the US, the average intake is estimated to be 0.49 mcg/kg of body weight per day [22]. There exists insufficient data related to the trichothecenes toxicity in humans. A disease in humans caused by trichothecenes was first pronounced in the former Soviet Union, in 1930s, as the epidemic called toxic aleukia (ATA). Four stages were identified for this disease. The first stage was characterized via severe gastrointestinal symptoms that last 3 to 9 days and the subsequent improvement of gastrointestinal symptoms, the second stage via simultaneous developments of anemia, thrombocytopenia and leukopenia that last several weeks, the third stage was characterized by necrotic lesions in the gastrointestinal tract as well as infectious and hemorrhagic complications and the fourth stage was reported to have the occurrence of recurrent necrotic lesions and hematologic abnormalities [22-24].

Moniliformin (MON) is a mycotoxin, especially pathogenic in small grain cereals and produced by approximately 40 different Fusarium spp., such as Fusarium proliferatum, F. subglutinans, F. avenaceum and F. tricinctum [25,26]. Although there is not sufficient data on the toxicity of MON, its haematotoxic and cardiotoxic effects were reported [27].

Spoilage of food products is inevitable. However, the shelf life can be prolonged by reducing the deterioration factors in preparation, storage and distribution processes in order to prolong the deterioration times. Different food preservation processes such as heating, cooling, irradiation, antibacterial and antifungal compounds can be performed to reduce the risk of poisoning from spoiled foods. Transport with cold storage has become an important method for transporting many foods to more remote areas. With the use of weak organic acids such as acetic, lactic, benzoic acid, it prevents the growth of many fungi and bacteria. However, because of the excessive use of these and similar additives and adverse side effects, foods containing additives are not preferred by many consumers. As a result, protection from fungal agents is done by using many different methods. In particular, the cold application method prevents the growth of a fungal agent found in or found in the food product by inactivating the enzyme system. Therefore, it increases the shelf life of the product. Today still, many different methods are currently being developed to preserve food.