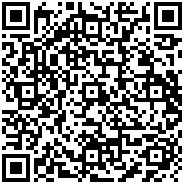 Geophysics is a branch of natural science concerned with the physical processes and properties of the Earth and its surrounding space environment, as well as the application of quantitative methods to their study. Geophysics can sometimes refer only to solid earth applications, such as the shape of the Earth, its gravitational and magnetic fields, its internal structure and composition, and its dynamics and their surface expression in plate tectonics, magma generation, volcanism, and rock formation. Modern geophysics organizations and pure scientists, on the other hand, use a broader definition that includes the water cycle, including snow and ice, fluid dynamics of the oceans and atmosphere, electricity and magnetism in the ionosphere and magnetosphere, solar-terrestrial physics, and analogous problems associated with the Moon and other planets. Although geophysics was not recognized as a separate discipline until the nineteenth century, its roots can be traced back to ancient times. The first magnetic compasses were made of lodestones, and later magnetic compasses played an important role in the history of navigation. In 132 AD, the first seismic instrument was built. Isaac Newton applied his mechanics theory to tides and equinox precession, and instruments were developed to measure the Earth's shape, density, and gravity field, as well as the components of the water cycle.

Geophysical methods for remote exploration of the solid Earth and the ocean were developed in the twentieth century, and geophysics was critical in the development of the theory of plate tectonics. Geophysics is used to meet societal needs such as mineral resources, natural disaster mitigation, and environmental protection. Geophysical survey data are used in exploration geophysics to analyses potential petroleum reservoirs and mineral deposits, locate groundwater, locate archaeological relics, determine the thickness of glaciers and soils, and assess sites for environmental remediation. Geophysics is a highly interdisciplinary subject in which geophysicists contribute to all areas of Earth science. This section describes physics phenomena and how they relate to the Earth and its surroundings to provide a better understanding of what geophysics is. Geophysics employs physics principles to investigate the "Interior" of the Earth. Which method should be used depends on the problem under investigation. Electrical methods, for example, are useful for ground water surveys. Gravity and/or magnetic surveys can be used to locate mineral deposits. Gravity and magnetic surveys are required for oil and natural gas exploration to get a rough idea of the structure of rock formations. The Moon and Sun's gravitational pull cause two high tides and two low tides every lunar day, or every 24 hours and 50 minutes.

As a result, there is a 12 hour and 25 minute interval between each high and low tide. Gravitational forces press deeper rocks down, increasing their density as depth increases. Measurements of gravitational acceleration and gravitational potential at and above the Earth's surface can be used to search for mineral deposits. The surface gravitational field reveals details about the dynamics of tectonic plates. The Geo-potential surface known as the geoid is one definition of the Earth's shape. The Earth is cooling, and the resulting heat flow generates the geodynamics’ magnetic field and plate tectonics via mantle convection. The primary sources of heat are primordial heat and radioactivity, though phase transitions also contribute. Although heat is mostly transported to the surface by convection, there are two thermal boundary layers-the core–mantle boundary and the lithosphere–where heat is transported by conduction. Mantle plumes carry some heat up from the mantle's bottom. The heat flow at the Earth's surface is approximately 4.2 × 1013 W, and it can be used to generate geothermal energy.