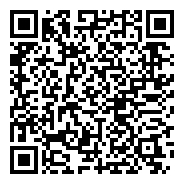 Metasurfaces are two-dimensional (2D) planar artificial surfaces with subwavelength'meta-atoms' (i.e. metallic or dielectric nanostructures). When compared to their traditional optical equivalents, they are noted for their capacity to achieve better and more efficient light control. Metasurfaces frequently cause abrupt and sudden changes in electromagnetic characteristics, rather than the conventional gradual accumulation that requires longer propagation distances. Planar optical components such as mirrors, lenses, waveplates, isolators, and even holograms with ultra-small thicknesses have been developed as a result of this property. The majority of current metasurface research has centred on customising linear optical effects for applications such as cloaking, lens imaging, and 3D holography. The use of metasurfaces to strengthen nonlinear optical effects has recently gotten a lot of attention from the scientific community. The creation of integrated all optical nano-devices with unique functions such as broadband frequency conversions and ultrafast optical switching would be possible thanks to the effective nonlinear optical processes that result. Plasmonic excitation is one among the foremost effective approaches to extend nonlinear optical responses thanks to its induced strong local electromagnetic field enhancement [1]. As an example, continuous phase control on the effective nonlinear polarizability of plasmonic metasurfaces has been demonstrated through spin-rotation light coupling. The phase of the nonlinear polarization are often continuously tuned by spatially changing the meta-atoms' orientations during second and third harmonic generation processes, while the nonlinear metasurfaces also exhibit homogeneous linear properties. Furthermore, connecting the plasmonic modes of patterned metallic arrays with the inter-sub-band transition of a multi-quantum-well layered substrate resulted in an ultrahigh second-order nonlinear susceptibility of up to 104 pm V-1. 2D materials like graphene and Transition Metal Dichalcogenides (TMDCs) are widely explored for their unique nonlinear optical properties in order to build ultra-planar nonlinear plasmonic metasurfaces. Graphene has a fifth-order nonlinear coefficient that is five times that of gold, while TMDC materials have a strong second-order magnetic susceptibility.