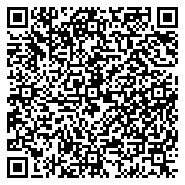 The aim of the present study was to isolate the microorganisms from water, capable of producing pigments. Pigment producing bacterium strain isolated from water is characterized for morphological, physiological and biochemical parameters were identified staining tests, Motility tests, Biochemical tests, Sugar fermentation tests. The isolated strain produced yellow, orange, light yellow and violet pigment on plate count agar medium. The pigments were extracted from the bacterial cultures and their antimicrobial activity was noted against human pathogens. The extracted pigments had inhibitory effect on both Gram positive and Gram negative bacteria. Select the violet pigment producing bacteria and the optimum growth conditions were done by growing it on in different incubation Temperature, pH, carbon source and nitrogen sources. As an application, Yellow and Violet pigment producing bacteria produced pigment was used as a colouring agent in acrylic paints.

Pigments produced from natural sources are of global interest and is prompt significance. Natural pigments are obtained from ores, insects, plants and microbes. Natural pigments possess anticancer activity, contain pro-vitamin A and have some wanted properties like stability to light, heat and pH. Normal colorants or dyes derived from plants and fauna are believed to be safe because of nontoxic, non-carcinogenic and biodegradable in nature [1]. The advantages of pigment production from microorganisms consist of easy and fast growth in the cheap culture medium, independence from weather conditions and colors of different shades. Colors provide attracting appearance to marketable products such as food products, textiles and pharmaceutical products. Colors are the beauty of world that means we cannot dream a world without colors. Nature is rich in colors obtained from a variety of sources like fruits vegetables, minerals, microalgae and so forth. Non-natural colors mostly used by the food processing and cosmetic Industries are reliable and cost-effective as compared to the natural colorants which are expensive, less constant, and possess lower intensity. Organizations like the World Health Organization (WHO), the US. Food and Drug Administration (FDA), and the European Food Standards Authority (EFSA) have recommended the safe dosage of artificial colors in food, drug and cosmetic items.

Pigments of various colors are synthesized to protect the cells of microorganisms from injurious effect of light rays of visible and near ultraviolet range. These pigments are synthesized by various types of microorganisms as secondary metabolites and not often found in all types of organisms. Pigments come in a wide variety of colors, some of which are water soluble [2]. Micro-organisms which have the ability to produce pigments in high yields include species of Monascus, Paecilomyces, Serratia, Cordyceps, Streptomyces and yellow-red and blue compounds produced by Penicillium herquei and Penicillium atrovenetum, Rhodotorula, Sarcina, Cryptococcus, Monascus purpureus, Phaffia rhodozyma, Bacillus sp., Achromobacter, Yarrowia and Phaffia also produce a large number of pigments [3].

Latest studies have shown that microorganisms are a hopeful source for natural colors. The presence of pigments has been reported among the whole microbial world including Bacteria, Fungi, Yeast, algae and protozoa. These microorganisms can be isolated/ cultured/ purified from diverse environmental sources such as water bodies, soil, plants, insects and animals. Microbes can grow easily and fast in the inexpensive culture medium and independent from climate conditions. Microbial colors are variable in different shades. These colors are recyclable and environment friendly. They also have frequent clinical applications. Hence, microbial pigment production is now one of the up-and-coming fields of research to express its potential for various industrial applications. A perfect pigment producing microorganism should be capable of using a wide range of Carbon and Nitrogen sources, must be lenient to pH, temperature, and minerals, and must give reasonable color yield. Some pigments produced by the bacteria shows antimicrobial activity against pathogens. These antimicrobial agents or substance formed by the bacteria are productively used for preventing and treating microbial diseases [4]. Bacterial pigments are one of the satisfying fields of research in life sciences to demonstrate their applications in various industries. Pigments are compounds with individuality of importance to many industries. The pigments can be used to make paints.

The microorganisms used as indicator were procured from the Microbial Type Culture Collection (MTCC), Institute of Microbial Technology, and Chandigarh, India. The microorganisms were propagated and in soya bean casein digest broth. All chemicals used in this study were of analytical grade as shown in Table 1.

The samples which were serially diluted were plated on different agar plates. The agar plates which we used are Plate Count Agar (PCA), Nutrient Agarplates (NA), Zorbell Marine Agar (ZMA). 0.1 ml of samples was taken and by using pipette’s and spread plate technique is employed for the isolation purpose. The samples were spread plated using sterile techniques incubated at 37˚C for 24-74 hours. After incubation, plates were observed and colonies were produced on the plates. The colony morphology and cultural characteristics of each plate were analysed. Five different pigments like Yellow, Orange, Light yellow, Violet were obtained and pure colonies of each pigment were streaked on PCA plates [5].

Isolated colonies were suspended in 2% glycerol containing Nutrient broth in a flask and the flask was incubated on rotary shaker for 48hrs. Extensive growth of pigment producing bacteria was seen in the flask after 48 hrs.

Pigment producing isolates were inoculated in sterile nutrient broth and incubated at 37°C for 7 days. The culture suspension was centrifuged at 2500 rpm for 15 min. To the Pellet, 5 ml methanol was added and kept in boiling water bath at 60°C for 20 min. Until all visible pigment got extracted, the supernatant was collected by centrifugation at 2500 rpm .The methanol was allowed to evaporate and resulted pigment was collected [6].

Antimicrobial activity of the pigments was tested by well-diffusion method. The plates were seeded with 24 hours grown pathogen culture with the help of a sterile swab. With the help of a sterile gel puncture, wells were bored in the plates. The extracted pigments were resuspended in Dimethylformamide (DMF) solvent and the wells were filled with appropriate amount of pigment (100 micro litres). The plates were incubated at 37˚C for 24 hours and the results were observed by measuring zone of inhibition.

Optimization of pH: pH of the selected media was adjusted ranging from pH 4-8 with the help of pH meter. The autoclaved liquid media was inoculated with the pigmented bacterial isolates and incubated at 37˚C [8].

Optimization of incubation temperature:   In order to determine the optimum temperature for maximum pigment production, the selected pH of the media was adjusted and inoculated with pigmented bacterial isolates. The tubes were then incubated at different temperature ranging from 20˚C to 40˚C.

Effect of carbon source: Different carbon sources namely glucose, lactose, sucrose, starch, glycerol each at the rate of 1% were added in the media and their effect on the growth and pigment production was studied after incubation.

Effect of nitrogen source:  Different nitrogen source Peptone, Beef Extract, Ammonium sulphate, Ammonium nitrate and Ammonium chloride were added in the media and their effect on the growth and pigment production was studied after incubation.

The yellow and violet pigment producing bacteria was harvested by centrifuging at 6000 rpm for 20 minutes. Then supernatants were discarded and the pellets were re-suspended in ethanol. Then the mixture was vortexes and the suspension was centrifuged at 6000 rpm for 10 minutes and supernatant was collected. Centrifugation was repeated till the pellet changes to colorless. After centrifugation, supernatants containing diffused pigments were filtered through Millipore membrane filter. Paints can be prepared from these pigments [9]. 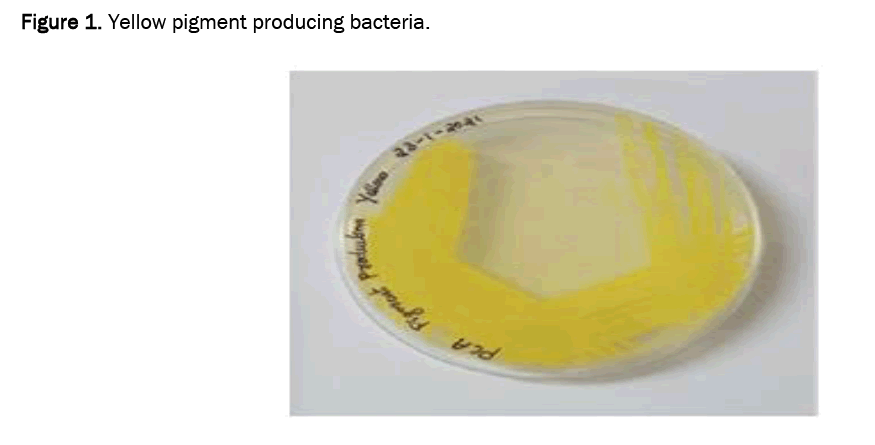 No external funding received by authors. All research was carried out as fulfillment of Masters dissertation.