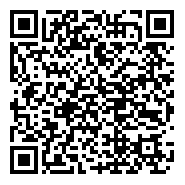 The dependence of the lepton mixing matrix on the representation of the symmetry group accounts for the differences between models used the same symmetry group.

We discuss the connection between the two approaches to fix flavor assignments and alignments of flavor vacuum.

Many aspects such as the differences in mixing and mass hierarchy for lepton and quark sectors force the flavor symmetry to be proposed to account for these aspects. Several models based on discrete symmetries were proposed to account for flavor aspects [1-7]. For most of these models, some additional Guage scalars (flavons) were considered beside a lot of assumptions and extra symmetries were proposed to account for experimental data. This is called up-bottom approach in which the Lagrangian is considered to be invariant under a discrete group and each flavor is assigned to one of the irreducible representations of the discrete group. After spontaneous symmetry breaking, the recent data of neutrino masses and mixing have to be recovered. Another approach is called bottom- up or the residual symmetry approach, at which the lepton mass matrices are considered to have remnant symmetry of breaking discrete group. The goal of this approach is to get this discrete group. In this paper, we try to summarize the relations between these two approaches and study some aspects of the flavor symmetries.

Let the Lagrangian of the lepton sector be invariant under a horizontal symmetry group G that is spontaneously broken allowing the flavors to acquire their masses. The group G is not broken completely, some of its elements remain unbroken and keep the mass matrices of neutrinos and charged leptons invariant. We refer to the unbroken symmetry manifested in the mass matrices as the residual symmetry. Let Mν be the mass matrix of the effective light Majorana neutrinos. This mass matrix can be diagonalized by a unitary matrix Uν

where Diag Mvdiag = (m1, m2, m3). If the Mν manifests such symmetry, one can find unitary matrices Si (the unbroken elements of G) that keep the matrix Mν invariant,

If the matrices Si are real, Mν and Si commute. In the case of non-degenerate neutrino mass spectrum, Mν and Si can be diagonalized simultaneously by Uν,

where Sid is a diagonal matrix containing the eigenvvalues of Si . From Eqs. (1), (2)

Therefore, the eigenvalues of the symmetry matrix Si are ± 1. The three possible diagonal matrices of Si-up to sign- are

R egardless the form of the mass matrix Mν, it has Z2 × Z2 residual symmetry [8], provided that it has three distinct eigen values [9]. We can apply the same procedures for charged leptons. In general, the charged lepton mass matrix ml is not symmetric nor Hermitian, so it can diagonalized by two unitary matrices,

where m lDiag = diag(me, mμ, mτ ). It is convenient to use the Hermitian matrix Ml = mlml to deal only with the left handed mixing Ul which contributes in lepton mixing UPMNS. It can be diagonalized by Ul ,

We can find unitary matrices Ti that keep the Ml invariant:

The matrix Tα and Ml commute, and can be diagonalized simultaneously by Ul ,

It is easy to prove that

Any diagonal unitary matrix can be a solution of T id. If the matrices Ul are orthogonal rather than unitary, the mass matrices Ml are symmetric, the only solutions- up to sign- are the three matrices S id in Eq 6. Without loss of generality, we can choose the three 4 matrices [10]

where m must satisfy

and k is an integer. As we see, according to the forms of the mixing matrices Uν and Ul we can find from Eqs (7) and (11) the unbroken elements of the flavor group G which are responsible of the residual symmetry in neutrino and charged lepton mass matrices. In the so called tri-bimaximal symmetry (TBM),

It is considered due to the appearing symmetry in the neutrino mass matrix,

In the case of TBM mixing, in the bases at which the charged lepton mass matrix is diagonal, and hence the total lepton mixing comes from the neutrino sector, the three symmetry matrices for neutrino are

For neutrino sector, the mass matrices in both cases are related as the following

The residual symmetry matrices in both cases are related as:

For charged lepton sector, the mass matrices in both cases are related as the following

The residual symmetry matrices in both cases are related as:

From Eqs (19), (22) we find that the residual symmetry matrices in the new case are related by unitary similarity transformations to the old residual 7 symmetry matrices, so the residual symmetries remain the same but in new representation, but not all the generators of G are transformed by the same similarity transformations. So the symmetry group G depends on leptonic mixing matrix U. The new leptonic mixing is related to the old one by

Connection Between Residual Symmetry And Up-Bottom

Assume that the Lagrangian L is invariant under a horizontal symmetry group G and ψ and φ transform according to the irreducible representations (IR) Γα and Γβ of G, respectively, the IR Γγ is a result of the tensor product Γα*Γβ and θ transforms according to the complex-conjugate IR Γ γ∗ [13]

Consider (αa, βb|γci) be the Clebsch-Gordan (CG) coefficient of the group G, mixing the states ψαα in IR Γα with the orthonormal states ϕbβ transforming as IR Γβ. The results are an orthonormal state |θ γ c i in IR Γγ

By the same way,

From Eqs (24), (26), the Yukawa coupling hijk is proportional to the Clebsch-Gordan coefficient,

where h is a free parameter.

Now suppose that the neutrino masses arise from the type-I seesaw mechanism, then the Lagrangian responsible for flavor structure of mass matrices can be written as

where L is the SU(2) lepton doublet, eR is the right-handed charged leptons, νR is the right handed neutrinos, and φ, ξ and χ are flavons which are Gauge singlets. Every term is assumed to be invariant under a horizontal symmetry group G, with y, h, h’ being the Yukawa coupling constants. Take the charged lepton term as an example, suppose that L and eR transform under IRs Γα and Γβ respectively and the flavon is transformed under an IR Γ γ that occurs in the tensor product Γα*Γβ , therefore we sum over all IR Γ γ appear in this tensor product. After spontaneous symmetry breaking the flavon φ acquire a vacuum expectation value to get the mass of charged leptons. From Eqs 24, 29, we can write the Yukawa coupling term of the charged leptons explicitly,

Then the charged lepton mass is

Consequently, we end to the usual form of the mass invariance equation,

Similarly, for the neutrino sector, if Si are the elements of G that keep the vacuum expectation value of ξ and χ invariant, then

Similar to the case of charged leptons Eq (36), the mass matrix invariance equations in neutrino sector can be of the form:

The previous discussion we link between the generators of the residual symmetry (Si, Fi) and the dynamical inputs (IRs of fields and vacuum alignments). If we consider a certain group as horizontal symmetry group such as A4 or S4, we can use Eqs (39) to write constrains on the Irreducible representations that lead to the desired mixings. The group A4 is generated by T d e in Eq (12) with k=1, m=3 and S2 in Eq (15), so the vacuum alignments of the flavons φ and χ that are kept invariant under the action of Tde and S2 are

In the irreducible representation 2

In the irreducible representation 3,

In the irreducible representation 3’,