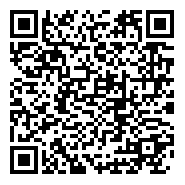 Corneal ulcer is common ophthalmic affection in canines. Present study was conducted on 35 canines with different ophthalmic affections; corneal ulcer was confirmed in 5 dogs on basis of gross examination and external ophthalmic stain. Corneal ulcer was successfully managed by temporary tarsorrhaphy along with topical atropine, topical broad-spectrum antibiotic and topical Non-steroidal anti-inflammatory drugs (NSAIDs) -ketorolac. In one male dog it was treated by subconjunctival injection of serum (autologous).

A corneal ulcer is an inflammatory condition of the cornea involving loss of its outer layer. It is very common in dogs and is sometimes seen in cats. Causes include trauma, including self-inflicted and that due to eye lid abnormalities, thermal and chemical burns, immune mediated, facial paralysis and forms of exposure keratitis and absence of the protective tear film; also infectious with bacteria, viruses and fungal elements [1]. Highest incidences of corneal ulcer are found Pug, Spitz, Boxer and Labrador [2].

Study was conducted on 35 dogs with different ophthalmic affections presented to the Teaching Veterinary Clinical Complex (TVCC), College of Veterinary and Animal Science, Bikaner. Corneal ulcer was confirmed in 5 dogs on the basis of gross examination and fluorescein sodium stain. External ophthalmic stain (fluoresceine sodium) was used in the detection of corneal and conjunctival defects, i.e., corneal ulcer. The fluorescein sodium stain was taken up by exposed corneal stroma and appears green, helps in defining the margins the corneal ulcer. Fluorescein sodium strip was moistened with sterile 0.9% saline and touched to the dorsal bulbar conjunctiva. After the instillation of the fluorescein on the bulbar conjunctiva, the eyelids were then closed, or the patient was allowed to blink. The stain was subsequently distributed across the corneal and conjuntival surface. Eye was gently flushed after staining. It removed any excess fluorescein and simplified the diagnosis of both corneal and conjunctival lesion.

In present study corneal ulcer was seen in 5 dogs out of which 2 were males and 3 were female. Fluorescein sodium strip defined the margins of the corneal ulcer. Corneal ulcers were treated by temporary tarsorrhaphy along with topical atropine (1%) 3 or 4 times a day for 3 days then once or twice a day for 1 week, topical broad-spectrum antibiotic-ciprofloxacin eye drops i.e., 4 times a day for 1 week, topical NSAIDs-ketorolac 2 times a day for 3 days. Corneal ulcer healed in 2-3 weeks period. In one male dog it was treated by subconjunctival injection of serum (autologous). All dogs recovered except one (Figures 1 and 2). In present study majority of corneal ulcers were traumatic in origin and these respond well to medical therapy alone. Similar observations were made by Hazra and Palui [3]. Ramani et al. [4] reported highest incidences of corneal ulcer in pug, spitz, boxer and Labrador. In present study the highest incidence of corneal ulcer was observed in Neapolitan mastiff followed by pug and mongrel. Corneal ulcer affected dogs had lacrimation, blepharospasm and periocular swelling as predominant clinical signs. Fluorescein stain was applied to the affected eye and diffuse corneal uptake of stain was noted. A diffused superficial corneal ulceration was diagnosed. Similar observation and diagnosis procedure was made by Brutlag et al [5]. Kern [6] reported that because of its high frequency, corneal ulceration might not routinely stimulate the clinical concern for rigorous diagnosis, attentive management and aversion of potential complications that it merits. In present study also similar observation was made and the corneal ulcers were treated with topical broad-spectrum antibiotics and topical NSAIDs along with temporary tarsorrhaphy. Healing took place in 2-3 weeks. All dogs were recovered except one. Similar treatment was advocated by Kim et al. [7] and Wilkie and Whittaker [8]. One dog was treated with autologus serum. Ben-Shlomo et al. [2] reported a non-healing corneal ulcer in a dog. Cytological testing revealed fungal hyphae (Curvularia spp) and extracellular cocci (Enterococcus faecalis). Treatment with a combination of topical antibiotics (polymyxin B, sulfate/trimetoprim and 10% sulfacetamide sodium), 1% miconazole, autologous serum, and 5% hypertonic saline was instituted. In present study the cytological testing of corneal ulcer was not performed. Dulaurent et al. [9] evaluated the efficacy of bovine pericardium (BP) graft in the treatment of deep melting corneal ulcers in dogs and corneal sequestra in cats. In present study the corneal surgery and bovine pericardium graft was not performed.