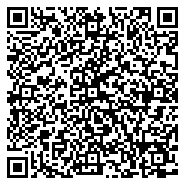 Attempting to extend approaches to signal estimation in a wavelet framework, which have generally relied on the assumption of normally distributed perturbations, we propose a novel non-linear altering technique, as a pre-processing step for the shapes obtained from an ISAR imaging system. The key idea is to project a noisy shape onto a wavelet domain and to suppress wavelet coefficients by a mask derived from curvature extreme in its scale space representation. To identify a shape independently of its registration information. In particular, we study the generalized matching by estimating mean shapes in two dimensions. Simulation results show that matching by way of a mean shape is more robust than matching target shapes directly

Great challenge in signal processing is to devise computationally efficient and statistically optimal algorithms for estimating signals from noisy background and understanding their contents Inverse Synthetic Aperture Radar (ISAR) is an imaging technique that achieves a high resolution by exploiting the relative motion between a stationary radar and a moving target. This is accomplished by coherently processing the returned radar signals so as to synthesize the effect of a larger aperture array laid out along the target’s path of motion. One important application of ISAR is as a front-end system for the purpose of target recognition [1,2,3]. The fundamental goal is to detect and recognize objects of interest in a noisy environment. A typical ISAR imaging system consists of image acquisition, data fusion, target shape extraction and enhancement, and finally shape recognition. For a piecewise smooth signal, it can be shown that altering by this curvature mask is equivalent to preserving the signal point wise Holder exponents at the singular points, and to lifting its smoothness at all the remaining points. The main theme of this paper is focused on information theoretic imaging and shape analysis. An information theoretic approach for ISAR image focusing and fusion is first proposed to serve as a robust stage for image acquisition [4]. A wavelet based multiscale method for shape enhancement is subsequently derived to estimate a shape in a noisy background which is followed by a regression technique for shape recognition.

Motivated by the current limitations of conventional techniques in radar image focusing, target shape estimation and recognition, this paper addresses the following issues. Information theoretic approach for ISAR image focusing The ISAR imagery is induced by the target rotation, which in turn causes time varying spectra of the reflected signals and blurs the resulting image. When a target exhibits complex motion, such as rotation and maneuvering, a standard motion compensation is not adequate to generate an acceptable image for viewing and analysis. In this paper, we tackle this problem by an information theoretic approach. In the [1,2,3,4,5], mutual information, a basic concept from in-formation theory, is introduced as a measure of evaluating the similarity between images. When the two images are properly matched, corresponding areas overlap, and the resulting joint histogram contains high values for the pixel combinations of the corresponding regions. When the images are mis-registered, non-matched areas also overlap and will contribute to additional pixel combinations in the joint histogram. In case of misregistration, the joint histogram has less significant peaks and is more dispersed than that of the correct alignment of images.

Jensen Renyi divergence is defined as a similarity measurement among any finite number of weighted probability distributions. Mutual information is a special case of the Jensen-R´enyi divergence. This generalization provides us an ability to control the measurement sensitivity of the joint histogram. To fulfill the goal of an ISAR imaging system of recognizing objects of interest in a noisy environment, shape enhancement is required and constitutes a crucial step. Fig 1 shows ISAR geometry of imaging. In [1] first showed that effective noise suppression may be achieved by wavelet shrinkage, in comparison to traditional linear methods. Given the noisy wavelet coefficients, i.e. the true wavelet coefficients plus a noise term, and assuming that one has knowledge of the true wavelet coefficients, an ideal filter sets a noisy coefficient to zero if the noise variance is greater than the square of the true wavelet coefficient; otherwise the noisy coefficient is kept. In this way, the mean square error of this ideal estimator is the minimum of and the square of the coefficient. Under the assumption of i.i.d. normal noise, it can shown that a soft thresholding estimator achieves a risk at most times the risk of this ideal estimator, where M is the length of the observation. To choose an appropriate threshold, [4] have taken a minimax approach to characterize the signal, and they proved that the estimation risk is close to the minimax risk by setting a threshold [4] have given an alternative derivation for this threshold, using Rissanen’s Minimum Description Length criterion and the assumption of normally distributed noise. The threshold T increase with M is due to the tail of the Gaussian distribution, which tends to generate larger noise coefficients when sample size increases. This threshold is not optimal, and in general a lower threshold reduces the risk. To refine the threshold, in [1] procedure is proposed. Sureshrink calculates thresholds by the principle of minimizing the Stein unbiased estimate of risk for threshold estimates. SureShrink is also based on the assumption of i.i.d. normal noise, which does not hold for ISAR applications. For non-Gaussian type of noise, [1-2] studied the choice of thresholds by having recourse to asymptotics. Wavelet thresholding theory is, however, based on the assumption that we know the statistics of the noise to determine an adequate threshold. The registration criterion is hence to find a transformation such that the mutual information of the corresponding pixel pair intensity values in the matching images is maximized. This approach is accepted widely as one of the most accurate and robust registration measures. Following the same argument. extends the concept to apply R´enyi entropy to measure the joint histogram as a dissimilarity metric between images. Inspired by this work, and looking to address their limitation in often difficult imagery, we introduce in this paper a novel generalized information theoretic measure, namely the Jensen-R´enyi divergence and defined in terms of R´enyi entropy [5].This makes the algorithm less flexible and less adaptive to different scenarios which can result in an even worse reconstruction. Compensation for the lack of a prior knowledge of the noise statistics may be handled by adopting the minimax principle [3] upon deriving the worst case noise distribution. Points of sharp variations are often among the most important features for analyzing properties of transient piecewise smooth signals. To characterize the singular structures, H¨older exponents [4] provide a pointwise measure of a function over a time interval. Due to the pioneering work by [5], it can be shown that a local signal singularity of a function is characterized by the decay of its wavelet transform amplitude across scales. In this paper, a novel nonlinear filtering technique is proposed. We assume that a prior knowledge about pointwise smoothness measure of the signal is known or can be extracted. However, this smoothness property of the signal is corrupted by additive noise, which in general has a uniform H¨older exponent less than. Fig 2 Estimation results of noisy smooth signal with a soft threshold estimator. This paper treats the problem of multistate signal processing and shape analysis for an Inverse Synthetic Aperture Radar (ISAR) imaging system. To address some of the limitations of conventional techniques in radar image processing, an information theoretic approach for target motion estimation is first proposed. A wavelet based multistate method for shape enhancement is subsequently derived and followed by a regression technique for shape recognition. Building on entropy-based divergence measures which have shown promising results in many areas of engineering and image processing, we introduce in this paper a new generalized divergence measure, namely the Jensen-Renyi divergence. Upon establishing its properties such as convexity and its upper bound etc., we apply it to image registration for ISAR focusing as well as related problems in data fusion.