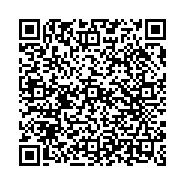 Levator Palpabrae Superioris is a muscle in the orbit that elevates the upper eyelid. The clinical significance of the paralysis of the levator palpabrae superioris muscle causes the drooping of the upper eyelid as there is an absent of the muscle.The purpose of this study is to study if the patient has any vision related degradation and if there is any cure for Levator Aponeurosis. An investigation about the movements of the eyeball in regard to the anatomy of the Levator palpabrae superioris muscle. Levator Aponeurosis can be seen to cause uneven creases in the eyelids and are usually diagnosed by and ophthalmologist through a vision test that uses an eye chart can help determine if eyelid drooping is compromising the vision aspects of the individual such as the distance of sight and the movements of the eyeball.

Levator Aponeurosis is a thin, tendon-like sheath that connects the Levator muscle which is the main eye's opening muscle to the tarsal plate, the upper eyelid's supporting structure. It creates a pull that acts as a transmitter which functions from inside the orbital cavity to the eyelid [3].

When there is a weakness, thinning, over stretching or natural injuries besides aging as well as complications due to bhelpharoplasty in the levator muscle will cause the upper eyelid of the eye to not open fully when it is weak [4]. These symptoms would be known as ptosis. Even when the levator muscle is healthy but there is a paralysis in the supporting structure of the upper eyelid such as the skin overlying it as well as the tarsal plate and or the paralysis of the levator palpabrae superioris muscle could lead to ptosis [5].

The levator aponeurosis transmits a pull from the strong muscle located entirely within the orbital cavity to the delicate eyelid placed out in front covering the top half of the eyeball via a bunch of fibrous that resembles a fan. The first insertion attachment curves anteriorly around the orbital septum to form the lines on the upper part of the skin of the eyelid [2]. The petrosal obicularis and subcutaneous tissues overly the upper part of the aponeurosis.

The patient Ramesh Chandrasekhar, 19 years of age visited Saveetha Dental Hospital, in December 2014. At first, when I met Mr. Ramesh, I realised his right eye was smaller than the right eye. Upon further investigation, and consulting with my guide Dr. Saravana Kumar, it was noticed that Mr. Ramesh had ptosis and his right eye was small due to the drooping of the right upper eyelid due to the paralysis of the levator palpabrae superioris muscle.

When asked if he had tried any treatments in the past, he said his parents met various ophthalmologists when he was about three years of age but due to the success rates and the postoperative complications of being unable to close the right eyes fully and having to use eyedrops every morning when he wakes up in the morning to prevent dryness of the iris.

I asked Mr. Ramesh if he could give me permission to do a case study on him and he agreed to be a part of my study having Dr. Saravana Kumar as my corresponding guide who has made sure that Mr. Ramesh understood the procedures that are undergone are all humane, ethical and his personal details would not be made public without his authorisation.

To determine if Mr. Ramesh has any sight related symptoms, I followed him to visit an ophthalmologist, and his results showed that he had no vision related degradation such as astigmatism, colour blindness, or any signs of glaucoma [8]. The eye muscle test showed that although his left eye had the drooping but the muscular movements of the eyes were functioning well. Although, the right eye could not move much upwards, but the other movements were fine [4] .

When undergoing the refraction test, a test that helps measure a person's prescription for glasses or contact lenses showed that Mr. Ramesh does not need neither as he has a perfect vision. The visual acuity test showed that he had a 20/20 vision on both sides of his eyes and has no signs of long-sightedness or short- sightedness. Mr. Sivesh also had a good result in the visual field rest as the sides of his viewing are not affected by the drooping of this right upper eyelid due to the paralysis of the levator palpabrae superioris muscle (Figure 1, 2).

Figure 2. Mr. Ramesh eyes when he is smiling.

More than 100 techniques for the treatment of ptosis have been reported which shows ptosis is difficult to treat, as the postoperative eyelid position may be unpredictable with different techniques based on the primary congenital ptosis management [9]. It is shown that 20 percent of the general population below the age of 18 has physiological variation regarding to their eyelid. The technique to treat the muscle depends on the position of the ptosis and the function of the levator palpabrae muscles as well as the age factor plays a role [10].

The maximum amount of skin that can safely be removed is the amount of skin that can be pinched in the forceps without everting the lashes. This is done in three or four spots across the lid, and an arc is drawn from one end of the lid crease incision, through each of the marks, to the other end of the lid crease incision to create a horizontal ellipse. Every ptosis surgery has goals such as controlled height, contour, lid crease, lash position, and symmetry. Ptosis repair can be accomplished either through an anterior or a posterior approach. Surgery to advance or resect the levator aponeurosis is generally performed through a lid crease incision [11]. If advancement is planned, once the aponeurosis is exposed, the edge is undermined.

While both levator advancement and levator resection are performed through a lid crease incision, it is not necessary in all cases to remove excess skin or fat at the same time [12]. A blepharoplasty may be indicated, however, if there is significant redundancy present and the extra skin will overhang the lashes and obstruct vision after the lid is raised, or it can be done to improve the cosmetic result after ptosis repair [13]. Ptosis could cause the patient to have a low self confidence level as the first impression the person makes would be harder as that person need to take the light away from that individual's eyes and might play a role in his social life as well [14].

Ptosis surgery carries risk of complications such as corneal exposure, conjunctival prolapse and abnormality of lid crease, and contour [15]. All patients should be assessed for tear-film deficiencies prior to the procedure and be warned about the possibility of post-operative irritation if they have a positive Schirmer’s test [16].

Eyelid crease abnormalities can be avoided by assuring symmetrical placement of the upper eyelid incision and symmetrical excision of redundant skin [17,18]. Madarosis (eyelash loss) can be avoided by not dissecting within 2 mm of the lid margin. Epithelial inclusion cysts involving the incision can be avoided by meticulous wound closure without catching the surface epithelium inside the wound [19]. Ptosis surgery can be carried out on the patient if the ptosis proves to be troublesome.

Ptosis is a frequently encountered eyelid malposition in patients of all ages [20]. Up to date, there is said to be about 35 percent of people having ptosis globally [21]. Early diagnosis and appropriate management of ptosis is essential and critical to avoid the consequences as discussed. It is important to recognize preoperatively any ptosis that may be obscured by dermatochalasis [22].