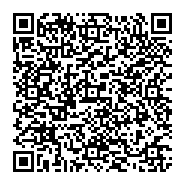 Mosquitoes are medically important insects, transmitting a number of deadly diseases, including malaria. The study of abundance and distribution of various mosquitoes breeding site we month of June to November in 2016. Thirty (30) water samples were collected from 5 different mosquito breeding sites namely; open drainage, ponds, streams, wells and reservoirs from 6 different locations within Kano state, Nigeria. The identification of larvae was done with the aid of magnifying hand lens using pictorial key which was based on morphological appearance of the larvae. The results of this study indicated that open drainages were the most preferred breeding site for mosquitoes which accounted for about 37% of the total mosquito determined during the study. This is followed by pond 32%, reservoirs 17%, streams 8% and the least preferred site according to the study is open well with total of 285 larvae accounted for 6% only. Highest number of larvae were collected in the month October (1125), followed by September with total collection of 1062. Least number of were recorded in the month of June (570) followed by July with total collection of 627 larvae. The statistical analysis of the result in this study showed significant differences on the abundance and distribution of mosquito larvae at different breeding site across the 6 locations at probability level of p<0.05. It is recommended that control of malaria should be initiated from breeding site.

Majority of the population of the world live in an area where there is risk of insect borne diseases, most of which spread through mosquito. Mosquitoes are vectors of wide range of parasitic and viral diseases which mostly affects both human and other animals [1]. Introduction of mosquito borne diseases has intimidates the lives of millions of people globally [2]. World Health Organization reported that there is approximately about one million people died as result of mosquito borne diseases and about 247 million people become ill as the result of the same diseases especially in subtropical and tropical areas [1]. Nigeria has been known for high prevalence rate of malaria and the malaria parasite remain one of the leading cause morbidity and mortality among children and pregnant women which result in low productivity and reduce school attendance in Nigerian schools [3].

Mosquitoes are small insects (Hexapod) which belong to family culicidae and order Diptera [4]. There is approximately 3,500 different mosquito species worldwide which are grouped into 41 genera [5]. Some species of mosquito belonging to genera Anopheles, Culex and Aedes transmit different types of diseases and act as vector [6,7]. These organisms are considered as the most significant vector for several diseases due to their abundance, vector capability, diversity and recurrent infection [8]. The distribution of vectors and consequently the spread and occurrence of human pathogens has been largely affected by environmental factors such as urbanization and climate changes [9]. Mosquitoes almost exploit all type of lentic aquatic environment as breeding site and the mosquito larvae have been found to survive in various aquatic bodies such as marshes, fresh water, salt water, river, mangrove swamp, rice field, pools, ponds and grassy ditches etc. Many species prefer habitats with vegetation while some breed in open, sunlit pools. A few species breed in tree holes or the leaf axils of some plants [10].

There are several factors that influence the growth and distribution of mosquito larvae in aquatic environment. Such factors include the temperature of the water, water movement, vegetation cover, sources of water and water depth [11]. The reproductive capability of the female mosquitoes and larval development is largely affected by nutrition. This implies that that reproduction potential of a female mosquito can be influenced by nutrition deficiency in both adult and larval stages [12]. Thus egg laying, development of larvae, emanation of the adult and other developmental processes in the larval habitats of mosquitoes, play a key role in the determination of abundance and distribution of mosquitoes [13]. Sampling mosquito larvae is one of the methods to estimate mosquito requirements for site selection and survival, because mosquitoes actively select suitable habitats rather than randomly colonize them. Choice of the site will determine distribution pattern, density, development time, body size, survival and influence the performance of the emerging adults [14]. The primary objective of this study was to evaluate the presence and abundance of mosquito larvae in different breeding sites within Kano metropolis.

Kano State is one of the largest State of the Nigerian federation. It is located in North Western Nigeria. On map Kano is located on Longitude 8°30'E and latitude 12°N. the state has a total area of 20,131 km2. The metropolis of the state comprises of 6 Local Governments (Kano municipal, Fagge, Dala, Gwale, Tarauni and Nassarawa) with total area of 137 km2 It has a total area of 20,131 km2 and population of 2,163,25 within the metropolis as at 2006 [15]. The climate of Kano has been described as ‘AW’ type as identified by Koppen’s climatic classification [16].

Thirty (30) water samples were collected from 5 different mosquito breeding sites namely; open drainage, ponds, streams, wells and reservoirs from 6 different locations within Kano state, Nigeria. The collection of water sample was done between months of June to November, 2016. Most of the collection took place early in the morning between 7 am – 8 am. During the collection, 500 ml each of water samples from different locations were collected at a depth of 5 – 10 cm at the sampling sites. The samples were transported to Biology Laboratory of Kano State University of Science and Technology Wudil for identification and counting of larvae (Table 1).

Fifty milliliter (50 ml) from each water sample was transferred into clean petri dish using pipette. The samples were observed for the presence of mosquito larvae, both young and larvae instars were observed. The identification was done with the aid of magnifying hand lens using pictorial key which was based on morphological appearance of the larvae [17]. For each water sample, the experiment was repeated in triplicate for every month.

The data of distribution and percentage of larvae within the study site was analyzed using One-Way ANOVAs and the statistical program SPSS 21.0 (Statistical Package for the Social Sciences). The results were presented as the means ± standard deviation. Significance level for the differences was set at p<0.05.

The information and knowledge on the habitat where mosquitoes breed is very important in such way that the breeding sites are considered on priority basis for the effective control of their larvae [18]. The larval stages of mosquitoes are mainly restricted to aquatic habitat such as pond, stream, pools, wells and open water channels [19]. The findings of the present study demonstrated that open drainages were the most preferred breeding site by mosquito in Kano metropolis which accounted for 37% of the total mosquito larvae recovered during the study. Ponds and reservoirs were found to be the second and third preferred habitats for breeding by mosquitoes in Kano metropolis according to this study. They both accounted for 32% and 17% mosquito larvae respectively. Open wall were found to be the least preferred habitats with total of 285 larvae accounted for 6% followed by stream where only 8% of the larvae were recorded. Several studies were conducted on breeding sites of mosquito by many researchers which indicated that different water habitat such as open drainage, ponds, pools, car tyres and domestic containers act as mosquitoes breeding sites [20-23].

Different water habitats play an important role in mosquito breeding. However, the distribution of mosquito larva in water habitat is influenced by various factors such as climatic an environmental and biological factors [24]. The temperature of water, amount of dissolve oxygen and turbidity of water were the most important factors influencing the abundance and distributions of mosquito larvae in aquatic habitat. Consequently, open puddles, drainages and hoof-prints found in these areas supported a considerable number of mosquito larvae [23]. This finding was in accordance with the work of Abdullahi and Yusuf [21] who concluded that open channel i.e. gutter is the most preferred breeding site for mosquito in Kano metropolis, in their study, they found that the total number of larvae found in gutter accounted for 29%. The finding of this study was in conformity with that of Joseph et al. [22] who studied the diversity, abundance and distribution of mosquito larvae in Akure, Ondo State Nigeria, they discovered that certain aquatic habitat such as gutters, domestic run-off, containers and stagnant pools were suitable for breeding of mosquito as they contain mosquito larvae. In a study conducted by Mwangangi et al. [25] to determine to determine different species of mosquito in Kibwezi Kenya, findings from their study water habitat such as reservoirs, puddles, tanks, temporary pools and car tyres were the most preferred breeding site for mosquito. During the study, they collected a total of 2600 mosquito larvae belonging Anopheles, Aedes and Culex genera. This finding also supported the present study. The result of this study indicated that mosquitoes prefer shallow habitat as breeding site as few number of larvae (6%) were found in open well. A number of studies had shown that mosquitoes prefer shallow temporary habitats with bare soil and no aquatic vegetation [26-31]. Such temporary sites are more favorable for mosquito survival, as they lack aquatic predators, which are the main regulators of larval populations [29,31]. There is also less interspecific competition for food sources with other aquatic insect and mosquito species, which are better adapted to shaded habitats. Despite their preference for temporary and small breeding sites, there is evidence that mosquitoes are capable of ovipositing in grassy aquatic habitats when typical puddles with bare soil are unavailable [27].

The result of this studies showed that highest number of larvae were collected in the month October (1125), followed by September with total collection of 1062. Least number of were recorded in the month of June (570) followed by July with total collection of 627 larvae. Similar studies was conducted by Naz et al. [32] who study population dynamics of mosquito larvae at various breeding sites at Campus of Peshwar University Kyber Pukhtunkhwa Pakistan, they observed that the number of mosquito larvae was highest between the month September and October. This finding is in conformity with the results of the present study. According to Dida et al. [23], most of the aquatic habitats were utilized by mosquito for breeding purposes. Water tanks, discarded tyres, jars, flower pots, ant trap and coconut shell are the most dominant breeding sites for mosquito [33,34]. Various factors like temperature of water, vegetation, water movement, various types of water sources, condition of water i.e. fresh or polluted water and many other factors greatly affect larval distribution of mosquitoes [11].

Statistical analysis of the results showed that the distribution and abundance of mosquito species was significantly different across the six locations in Kano metropolis at probability level of p<0.05. This significant difference on the number of mosquito larvae is attributed biological activity, differences in climatic condition and population density of the study area.

The findings of this study showed that various aquatic environment including open well, water reservoirs tanks, open drainages and temporary pool are favorable habitat for mosquito breeding. From the results of the present study, it was observed that open drainages has the highest number of mosquito larvae recorded, and hence the most preferred site for mosquito breeding in Kano metropolis and this is due to shallowness of the site. It is recommended that control of malaria should be initiated from breeding site. Public enlightment on malaria control should be initiated and encourage.

The authors wish to acknowledge to the technical staff of Biology Laboratory of Kano State University of Science and Technology Wudil for use of Laboratory facilities.