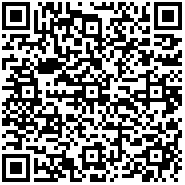 • Thermal radiation emitted by a body at any temperature has a wide frequency range.

• As the temperature of the emitter rises, the dominant frequency (or color) range of the emitted radiation shifts to higher frequencies. A red hot object, for example, radiates primarily in the visible band's long wavelengths (red and orange). Even at a white hot temperature of 2000 K, 99% of the radiation's energy is still infrared. Wien's displacement law determines this. As the temperature rises, the peak value for each curve shifts to the left.

• Reciprocity means that the rate of electromagnetic radiation emitted at a given frequency is proportional to the amount of absorption experienced by the source. As a result, absorbing more red lights thermally radiates more red lights. This principle applies to all wave properties, including wavelength (color), direction, polarization, and even coherence, so it is entirely possible to have polarized, coherent, and directional thermal radiation, though polarized and coherent forms are relatively rare in nature far from sources (in terms of wavelength).