Responses of vegetative propagation of Bambusa sp. under forest management 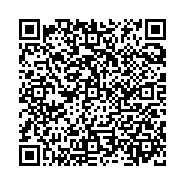 There are a numbers of Bambusa species in India which have been rendering service towards social welfare since ancient times of human civilization. Since then, it plays an immense role not only in building of huts and mansion for the poor and rich men in the modern era, but also it is used as making fancy house-hold furniture and other wood work purposes . It requires certain agronomic as well as propagation factors in specific agro-climatic areas for its large scale population. Now-a-days, the natural regeneration process only canât fulfill the demands of the society. So, the methods other than rhizome propagation are essential for its rapid multiplication. Keeping all these views in mind we have undertaken a venture of vegetative propagation by means of cuttings of different species of Bambusa and compared with the seed propagated population. The main aims and objective of this experimentation were to explore the possibilities of rapid multiplication of Bambusa sp. in this tropical plain of West Bengal.

Bambusa sp. has been serving multi-various roles for the human civilization and their livelihood since ancient time. It is commonly cultivated in North-West and North-East India, Orissa and West Bengal. Bamboo occurs naturally in sub-Himalayan tracts from the Yamuna eastwards to Arunachal Pradesh between 600-1500 m altitudes (Gamble, 1896). There are a few commercial species viz. Bambusa nutans, B. aurindinacea, B. vulgaris, B. bamboos etc. cultivated extensively in Thailand (Acantachote, 1987). The people of Thailand are used for various purposes, mainly as poles and carts. Also, Bambusa nutans is one amongst commonly used species in Indian paper industry (Krishnamachary et al., 1972).

Bambusanutans is known to flower only at long intervals. Gamble (1896) reported no flowering in Bambusa nutans for 54 years. However, Bahadur (1980), after analysing the flowering records, concluded that apart from natural /sporadic flowering Bambusa nutans seems to flower gregariously after 35 years.

Node of segmented axis of each and every a bamboo plant bears a bud or a branch, and branches, in turn has a bud in their axil. Few studies on its vegetative propagation have aimed at evolving as many as possible of these uncountable buds into planting material (Banik, 1980). The technique of adventitious rooting in culm/ branch cuttings have been successfully adopted for its vegetative propagation of many bamboo species (Pathak, 1966; Hasal, 1980; Kumar, 1989; Agnihotri and Ansari, 2000).

Although, a few species Bambusa are very reluctant to root species (Mc-Clure and Kennard, 1955). Certain bindings of adequate adventitious rooting in Bambusa sp. is clearly accepted in the scientific community as only some information are available on this specific aspect (Rao et al., 1992). Mc-Clure and Kennard (1955) grown 2 year-old culms of Bambusa nutans with small branches, severed above the rhizome in alluvial/loamy beds to obtain an overall mean production of only 2.2 roots per plant. Furthermore, Banik (1984) achieved some good results for this propagation using very long (0.5-1.0m) pre-rooted culm segments. Yashoda et al. (1997) also experimented for micro-propagation, but exorbitant cost of the technique limits its applicability on a large scale programme.

Keeping in mind of this to explore the alternate solution of inadequate adventitious rhizogenesis in five cultivars of Bambusa sp., the present study was conducted to investigate suitability of culm and culm-branch cuttings and seed propagation under the influence of seasons and forest areas.

Node cutting and seed propagating techniques out of four cultivars of Bambusa sp. viz. (i) Bambusa aurindinacea, (ii) Bambusa ballocia, (iii) Bambusa vulgaris, (iv) Bambusa bamboos, were undertaken for the experiments. The local names of each cultivar and considering the techniques over the cultivars, five varieties were considered in our experimentation as shown in the Table 1.

The statistical models and calculations were followed as laid down by Singh and Chaudhury (1995). Indeed, there are several ways to determine the varietal performances of any crop plant in any location or various locations. When the performance is assessed and analysed from the metrical traits of the crop plants then it is called location trial performance of the cultivars. But, in this case, four bamboo varieties have grown in a single location of 10 hectares of land area in the forest division. Hardly, it may be considered that the micro-environmental variances may occur out of soil environmental factors. This will not exhibit the factor chances in a greater extent in case of a hardy, maximum genetic flexibilities rather maximum adaptive cultivar like bamboo. Naturally, we can have to assess the varietal performances of this bamboo crop in this particular location. To analyse the varietal performance, we can follow the simple model for co-variance analysis. The analysis of co-variance is fully dependent upon the model of analysis of variance (ANOVA). Now, let us explain the method of Analysis of Variance (ANOVA) and Analysis of Co-variance (ANCOVA) calculations.

In the biometrical model, there are two main objectives of the analysis of variance. Firstly, it helps in sorting out the variance due to different sources. If we consider the performance of some varieties in an experiment, the observation can be partial into two parts, one representing the variation between the varieties and another within the varieties. The second objective of analysis of variance is to provide a basis for test of significance.

The environment has a vital role which manifested in the present study as seed propagation showed better induction and growth of adventitious roots than culm cuttings. The value of replication based mean raw data was presented in Table 2, Table 4 and Table 6. The values of variance ratio against genotypes in all the characters as calculated in Table 3, Table 5 and Table 7 that denote the potentiality of genotypes undertaken for the experiment. The factors of environment and replications did not influence by any means. Again in the Table 8, it has also been confirmed that the metrical characters i.e. height/plant, girth/plant, and rhizome/plant which is primary yield indicator of this type of crop is no doubt fit for the location. The value of components of variances of height/plant, girth/plant, and rhizome/plant are 14.453, 18.349375 and 16.327, respectively. The values of components of co-efficient of variations are also greater than that of all other components which further re-confirmed the computation of the earlier (Table 9). The components of co-variances for genotypes have found greater significant value than that of environment and phenotypic matrix (Table 12).

Table 9: Components of Co-efficient of variation

In a simple matrix it can be written as:

Similarly, phenotypic correlations matrix may be calculated as:

And the matrix for environmental correlations is as follows:

All these factors become available for differentiation and growth of organs such as culms and adventitious roots (Agnihotri and Ansari, 2000). Role of other external factors especially temperature and long day length in adventitious rooting is well recommended (Dykemen, 1973; Kester, 1983; Carpernter et al., 1973; Stoutemyer et al., 1961).

The growth and development of the plant like bamboo are upto the standard in this location, when it was not influenced by any hormones in nursery stage on to the culms or seedlings in our experiment materials. But there are few examples that exogenous application of auxins greatly enhances adventitious rhizogenesis in most species, including those of bamboos (Uchimara, 1977; Suzuki and Ordinaro, 1977; Surendran et al., 1983, 1989; Seethalakshmi et al., 1989).

Sustained investment in an institutional and industrial setting will show many new and exciting applications that will help keep the industry viable and profitable in the years ahead. The properties of the local bamboo needs to be continuously explored and the findings must be fed back into training programmes for local craftsmen and farmers so that these are assimilated into the local knowledge which will be at the centre of the value addition strategy of the proposed local district clusters. Such a knowledge rich approach will provide a stable demand for the produce of the region and help it compete with other species and materials occupying the product landscape of an active market economy that India is heading towards. Promoting the local innovations and protecting it through brand building and exposure to markets across India would fall on Government promotional agencies working in concert with the associations of local producers. Such an integrated development model can be sustained since bamboo is such a versatile material and the social and political hope and economic value that the proposed process can unfold and release will make it a major economic driver of the State economy if carefully managed and implemented as an integrated multi-layered strategy as suggested and exercised by Charles and Ray, 1958; Papanek, 1972; Beer, 1975; Naipaul, 1979; Ranjan et al.,1986; Peters,1993; Panchal and Ranjan, 1994; Ranjan, 1994, 1998, 1999, 2000, 2001, 2003, 2004; Balaram, 1998; Singh, 2001; Thomas, 2001; Wheelan, 2002; Sen, 2001; Bhalla, 2003; Gandhi, 1955.

The standardization of vegetative propagation and seed propagation for adventitious rooting under natural condition in the location was investigated in view of the problem of inadequate adventitious rhizogenesis in four bamboo cultivars namely, Bambusa aurindinacea, Bambusa ballocia, Bambusa vulgaris, Bambusa bamboos. Out of those four cultivars Bambusa bamboos was untaken both for vegetative and seed propagation following schedule agronomical measures. Induction and growth of adventitious rhizogenesis in both types propagated population were noted to be more in June than May. However, seed propagated population exhibited markedly better adventitious root formation and growth, compared to culm cuttings. Prime yield data were collected and computed following standard biometrical model for exclusive study.