Science, Error and Evolution: Why You Should Submit Your Articles, Despite the Fear of Having Made Mistakes 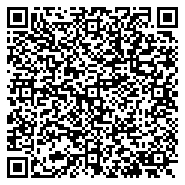 Error constitutes, most of the time, an authentic blessing: by means of history, we can easily verify the validity of the previous assertion. From the discovery of America to the invention of radio, if we want to limit the discussion to common knowledge, error has always played a fundamental and inescapable role, acting as a catalyst of the human evolutive path.

As we well know, in 1492 Christopher Columbus weighed anchor in search of a westward route to Asia. Columbus was absolutely sure that, by virtue of the roundness of the earth, he would reach the eastern Indian coasts by simply following an alternative path. Never could he have forecast that he would soon bump into an obstacle more extended than he could have ever imagined: America.

Error, what's more, was very often equipped with a providential ignorance, net of which, without any doubt whatsoever, some of the most winding routes towards progress would never have been followed, so depriving humanity of prodigious innovations.

When he was still a young university student, Guglielmo Marconi expounded his theory to one of his professors, the eminent physicist Augusto Righi, who had become famous due to his paramount studies concerning electromagnetic waves. The young man, deeply self-confident, was sure that electromagnetic waves could propagate following the terrestrial curvature, so allowing the transmission of signals between two points of the globe even at a great distance from each other. Obviously, Marconi was wrong, and it is not difficult to imagine that his professor, in all probability, suggested he should keep on studying physics with more diligence. Not at all disheartened, Marconi, who could rely both on the total devotion and considerable richness of his mother, started preparing a colossal and expensive experiment: a signal would be sent from Cornwall towards Newfoundland. In 1901 the experiment was carried out: in spite of the fact that the electromagnetic waves propagated following a straight line, so making in fact the problem related to the terrestrial curvature an apparently insurmountable obstacle, the signal was received. On the one hand, we are today well aware of the role played by the ionosphere during the famous test: in a few words, the signal succeeded in reaching the receiver due to reflection. On the other hand, however, we have to admit that, if Marconi had not had a clearly erroneous conviction about the behaviour of electromagnetic waves, the above mentioned experiment would never have been carried out, so depriving humanity, in a certain sense and measure, of two fundamental innovations.

Therefore, history teaches that it may be advisable not to be too afraid of making errors: a mistake could open the door towards progress. And, until proven otherwise, the progress of the whole of humanity is far more important than the scientific reputation of a single man. On balance, an error becomes a real failure only when we are unable to accept it.

Moreover, we have to admit that most of the more significant discoveries were made by chance, sometimes having previously foreseen an outcome completely different from the one obtained. On this subject, the great Fermi claimed that if the result confirms the hypothesis, one has only made a measurement, but if the result is contrary to the hypothesis, one has just made a discovery.

In the light of what has been taught by history, it may be advisable not to judge theories that seem to contradict the current knowledge too severely, even when the phenomenological reality we observe suggests they should not be considered worthy of any attention whatsoever. We should bear in mind that what we apparently see, every day, is a shining Sun rotating around the Earth: however, we are nowadays able to state, with reasonable accuracy, that the scenario is far different.

I would like to conclude this short editorial by citing the late professor Emilio Del Giudice, one among the most eminent Italian theoretical physicists of the previous century, who, during a conference upon the so called unexpected connections, opened his speech by stating, very provocatively, that a theory devoid of errors is certainly wrong.