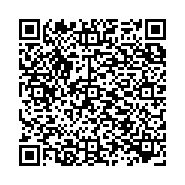 “Time and tide waits for none.”- While growing up hearing this proverb, Author often wondered, can we wait for time instead? If we could time travel as humans; could we specify when we might end up in the vast ocean of time? Better if we could travel through both Space and Time simultaneously; can we endeavour to determine where and when we might find ourselves after travelling? Desire to find answers to these questions and more has motivated me attempt several experiments; Author write to you based on what author encountered in those 7 experiments over the years.

Considering the general theory that the fourth dimension is time and time can only proceed in positive axis (We can only go to future but not to past) as long as velocity of object is less then speed of light.

When time can only flow forward and Fifth Dimension is undetermined/unconsidered,

Then, Fourth Dimensional Equation Determination is

Here, Volumic Feasibility is a Mezali condition of objects’ Volume before and during time travel, which changes with difference any co-ordinate change of object (Eg. The Volumic Feasibility of when you stand still and when you raise one hand are very different) ultimately depending on M-Curve created by o-skew curves of Length, Width, and Depth of Object. Velocity Resultant of object, |Δv| is the Resultant of velocity components Vx,Vy,Vz of object in X, Y, Z axis with perspective to most detectable stationary reference; which in case of this 4th dimensional equation determination is; |Δv|<3 × 108 meters. |V| is the velocity resultant of frame surrounding the most stationary detectable reference. As we find endeavour to find most stationary object and its` frame; our accuracy in this calculation will increase.

In future, if we could create time portal/wormhole; just having time as fourth dimension wouldn`t suffice while calculating specific position of a person after travelling through wormhole. We would need to consider a fifth dimension to determine coordinates precisely.

When, Superposition of w is active

• Time has both positive and negative values (past or future)

f is the function of object through Space time

a is the co-efficient of object-space time graph integer.

If started time-travelling with the same energy and same factors; even with initial volume of object and volumic feasibility unchanged; one might find himself travelling to either one of at least two probable time quantities; provided his initial and final location is same. Travelling to a different space would have to make us consider at least 4 possible coordinates for specification. Finding the (? + ?) in the numerator function of exponent of w denominator? Would help us specify spacetime travel one day while we hope one of the readers of this article of mine contributes to it!