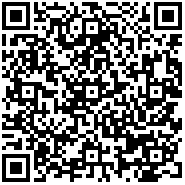 Synthetic biology has become a key tool used in the development of microbes for the production of bio-based products and fuels [1]. This rapidly developing field is creating renewable versions of products that were once derived from fossil fuels as well as entirely new products. Synthetic biology enables the engineering and use of microbes in carrying out non-native biochemical processes. Microbes can now be engineered to make chemicals and chemical intermediates by introducing genes that create novel biosynthetic pathways. Microbes can also be adapted to use various carbon feed sources such as being fed waste biogas (methane) or even flue streams (carbon dioxide) as a carbon source in making products. One can even swap out an entire bacterial genome and replace it with a minimal one that has been artificially synthesized in vitro [2]. Most of these methods involve the creation of genetically modified organisms (GMO), although in some instances natural processes are genetically tweaked to increase output, such as with methanotrophs used to make the biodegradable plastic polymer, PHA [3]. The labeling of an organism as GMO is non-trivial, as such products may be banned by certain countries or require lengthy approval processes before their use is allowed. A recently developed synthetic biology approach has been devised that employs a phosphate analogue during culture to modify all of the nucleic acids of a cell with a nuclease resistant backbone. This modification is not inherited and depends only on the continued presence of the analogue. Thus it is a non GMO method that can be used to stabilize mRNA in vivo and predictably alter the distribution of proteins in a cell.

Work in a variety of organisms such as bacteria, yeast, gold fish, as well as human blood and tissue culture cells indicates that thio-phosphate is readily taken up and utilized as a phosphate analogue, even in the presence of ortho-phosphate [4]. As the analogue is incorporated, the amount of total mRNA in cells accumulates significantly, such that the newly stabilized mRNA overwhelms the protein synthetic machinery leading to competition among mRNA for the limited number of ribosomes in the cell (Figures 1, 2 and 3). On average nearly one third of the proteins in a cell are impacted as judged by 2D polyacrylamide gel electrophoresis [4]. In particular, those proteins derived from mRNAs with half-lives less than the cellular average are increased at the expense of those proteins derived from mRNAs with half-lives greater than the cellular average. The average fold increase is ~ 6 fold while the average fold decrease is ~5 fold. All types of proteins are impacted, both secreted, membrane, and cytosolic. The extent of the global shift in protein distribution depends on the ratio of analogue used to normal phosphate in the media, and the ratio should be at least 75% or greater to see the maximum shift in protein distribution. In yeast and possibly other eukaryotes, total protein secretion is enhanced as well, ~2-4 fold, even at low ratios of analogue to normal phosphate. In comparison, total secreted protein is not enhanced in Bacillus bacterium.

The use of thio-phosphate enables one to manipulate the stability of mRNA in a cell and examine its effects on protein synthesis. Generally, those proteins expressed at less than .04% of the initial protein mass in bacteria or .014% in higher eukaryotes, are candidates for enhanced expression [4]. If the stability of mRNA is unknown, the analogue may be useful in testing this indirectly to see if the protein levels can be increased. Heterologous genes from diverse species such as plant genes expressed in bacteria or yeast would also be good candidates for enhanced expression. In such diverged species, mRNA stability determinants would presumably not be conserved. Furthermore, the approach may be useful in the bio-engineering of natural products [5]. Such reactions can be limited by enzyme capacity and a coordinated increase in the proteins involved in the multiple reaction steps of a synthetic pathway, including rate limiting enzymes, may lead to an increase in the synthesis of an organic chemical or natural product [6]. Also, as metabolic pathways are inter-connected, changes in the levels of enzymes in parallel reactions may also impact bio-catalytic reactions. The ability to modulate the global distribution of proteins may prove quite useful in manipulating these processes

The impact of thio-phosphate on cells is both subtle and profound. Cells are generally viable as basic processes such as splicing and growth are observed. Growth can be slightly less than normal depending on the organism and growth medium used. Equilibration of the analogue into nucleotide pools in cells is presumably fast, while taking much longer to fully modify a nucleic acid polymer. For mRNA, the analogue needs to be present for a time equivalent to 3-4 half-lives to modify mRNA substantially. While bacteria and yeast have short half-lives, ranging on average from 2.5-20 mins, the average half-life of mammalian mRNA is much longer at 10 hrs, necessitating an incubation period of 2 or more days. To prevent any toxic effects, the analogue used must be highly purified. For proteins that are phosphorylated the analogue may be incorporated into the modification [7]. Some evidence indicates the analogue may interfere with selenoprotein formation by substituting cysteine for selenocysteine [8]. Incorporation into phospholipids has not been examined. In bacteria, modification of the nucleotide backbone may trigger defensive responses as seen with a 150 fold increase in T1R1, a type 1 restriction enzyme, in E. coli, and a possible bacteriocin, YbdN, elevated 77 fold in Bacillus [4].

Use of thio-phosphate appears to enhance or trigger metabolic processes during cell culture as seen with the enhanced expression of neural specific proteins in human HEK 293 cells and the increase in total protein secretion seen in yeast. Of interest is the occasional protein whose fold change in protein expression level is greater than two standard deviations from the average. These are candidates for proteins whose genes have become activated secondarily as part of a regulatory response via mRNA stabilization. One such pathway that occurs in E. coli involves the porin membrane protein OmpC, this protein is increased 20 fold when its regulator OmpR is enhanced 3.5 fold [4]. Interestingly, in HEK 293 cells two keratin proteins were elevated more than 40 fold [4]. This begs the question of which of the other proteins elevated in the cells played a role in this observed increase.

An interesting and unexplored area is the metabolic impact the analogue has on cells via the creation of structurally altered nucleic acids. As the analogue results in the stabilization of nucleic acids, reduced turnover of these molecules may impact interconnected pathways. For example, the levels of histidine in the cell may be increased if its precursor, phosphoribosyl pyrophosphate (PRPP), is increased due to less PRPP being siphoned off to make nucleic acids [9]. Similarly, increased levels of GTP may facilitate the synthesis of niacin in cells.

Overall the use of thio-phosphate in cells is a powerful tool to stabilize nucleic acids in vivo and manipulate protein expression in predictable ways. Its use results in a non-mutable change in the gene expression of growing cells, however, the observed effect requires the continued presence of the analogue. This new approach adds to the growing arsenal of synthetic biology methods available.