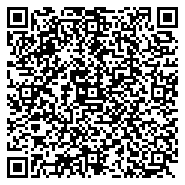 Pseudomonas aeruginosa is a Gram negative bacterium which is widespread in nature including hospital environment [1]. P. aeruginosa is related with hospital epidemics resulting in dissemination of a single clone to multiple patients and sites [2]. As a nosocomial pathogen, it particularly infects patients with predisposing factors such as burn victims, immune compromised hosts or patients with metabolic disorders [3]. It is the major opportunistic pathogen in the lethal genetic disease cystic fibrosis [4]. Pseudomonas is also common etiologic agent of a potential blinding condition microbial keratitis associated with contact lens use [5,6]. P. aeruginosa is the mostly encountered pathogen isolated from intensive care units. Catheter associated urinary tract infections constitute 40% of nosocomial infections since P. aeruginosa within the catheter frequently develops as biofilm by attaching to the surface [7].

Preventing nosocomial or community-acquired infections necessitates a common strategy of beginning with broad-spectrum antibiotic therapy until culture data are available to guide focused antibiotic administration. However, excessive use of broadspectrum antibiotics has led to the emergence of highly resistant strains of P. aeruginosa associated with increased mortality, length of hospital stay and cost of care [8].

Fluoroquinolones and aminoglycosides are two important classes of antibiotics used in the treatment of Pseudomonas infections. Because of good antibacterial activity, tissue diffusion, and oral bioavailability, fluoroquinolones have been widely used. Fluoroquinolones are members of the quinolone family that act as bactericidal agents by inhibiting bacterial DNA gyrase and topoisomerase IV, thus inhibiting DNA transcription and replication. Though the mutations in the regulatory genes of the multidrug efflux pumps also deserve attention, the main mechanisms of resistance reside in the genes encoding DNA gyrase (gyrA) and topoisomerase IV (parC) [8-10].

In our previous article [11], heterogeneity features were investigated with a combinated approach of ERIC-PCR and SDS-PAGE profiles. In this study, our aim was detecting the key mutations in above mentioned genes (gyrA (Thr-83→Ile), parC (Ser-87→Leu)) and thus exhibiting a deeper insight of resistance related factors.

A total of 54 P. aeruginosa isolates were collected from various clinical specimens (urine 32%, sputum 17%, wound 15%, blood 13%, respiratory secretion 9%, aspirate 6%, abscess 2%, endotracheal aspirate 2%, pleural fluid 2%, seminal fluid 2%) of hospitalized people in Sinop and nearby cities, Turkey (Table 1). The bacteria were incubated on Mueller-Hinton Agar (MHA) (Merck, Germany) at 37°C for 24 hours and isolates were identified based on Gram staining and conventional physiological and biochemical tests including growth at 42°C and 46°C, salt tolerance, motility, production of catalase, hydrolysis of gelatin, citrate utilization, Voges-Proskauer test, carbohydrate fermentation tests, nitrate reduction, oxidase, DNase, indole, methy-red and King B Agar tests. Reference strain P. aeruginosa ATCC 27853 was used as a positive control for all physiological and biochemical tests, as well as molecular tests. All tests were performed according to Bergey’s manual of systematic bacteriology [12]. These isolates were tested by the Kirby-Bauer disk diffusion method on Mueller-Hinton medium according to Clinical and Laboratory Standarts Institute (CLSI) recommendation for their susceptibility to the second-generation quinolones ciprofloxacin and ofloxacin. Samples were accordingly assigned to one of three groups; resistant, intermediate or susceptible to either fluoroquinolones. The resistant strains and the isolates of intermediate resistance were evaluated in total as resistance percent profile.

Table 1: Age and gender distribution of hospitalized people and source of the isolates.

DNA extraction was performed according to Sambrook et al., [13] with some modifications. Pseudomonas samples were activated with incubation at 37°C for 24 h. Recovered bacteria were centrifuged at 3000 rpm for 5 min and cell pellets were resuspended in 500 μl TE buffer (10 mM Tris-HCl pH 8.0, 1 mM EDTA). Pellets were then incubated at 55°C for 30 min following the addition of 50 μl SDS (10%) and 25 μl proteinase K (20 mg/ml). Total DNA was recovered by sequential extractions with 575 μl phenol/chloroform (1:1). Tubes were then inverted, incubated on ice for a few minutes and centrifuged at 14,000 rpm for 10 min. Upper layer (500 μl volume) was transferred into a new eppendorf tube and treated with 50 μl sodium acetate (3 M, pH:5.2) and 330 μl isopropanol (100%). Tubes were inverted and DNA was precipitated by centrifugation at 14,000 rpm for 10 min followed by washing with 70% (v/v) ethanol, dried, and resuspended in 100 μl TE buffer containing 2 μl RNase.

The age/gender data of hospitalized people and source of the isolates are presented in (Table 1).

We found mutation in gyrA in 16 (33.3%) of ofloxacin resistant samples and the same value was also found for parC mutation. Only one sample had a mutation both in gyrA and parC genes in ofloxacin sensitive samples.

GyrA (Thr-83→Ile) mutation was reported as the principal replacement present in 74.7% of the clinical strains of P. aeruginosa and high frequency of parC (Ser-87→Leu) alterations accompanied, confirming that alterations in parC occur as a second step in strains already having a single alteration in gyrA and results in the development of higher-level fluoroquinolone resistance [15], a finding first implied in 1997 [16]. Wydmuch et al. found the mutation of gyrA (Thr-83→Ile) in 65.2% of ciprofloxacin-resistant clinical isolates [17]. The same mutation was recorded as high as 75.4% in ciprofloxacin-resistant clinical isolates in a recent study. On the other hand, parC (Ser-87→Leu) mutation in the same study was reported as 23.1%, nearly half of our value [18]. Rieuwpassa et al. found gyrA mutation in 54.5% of ciprofloxacin resistant samples [19] and this almost reflects the situation (51.5%) in our clinical samples.

P. aeruginosa utilizes the type III secretion system (TTSS) to deliver effector toxins (ExoS, ExoU, ExoY, and ExoT) directly into host cells, resulting in rapid cell necrosis or modulation of the actin cytoskeleton, thus allowing the pathogen to invade host cells and evade phagocytosis. ExoU+ strains were reported as being more frequently fluoroquinolone resistant compared to exoS+ strains [20,21]. Moreover, exoU+ strains were more likely to acquire 2 or more target site mutations (gyrA, gyrB, parC, and parE) than exoS+ strains (twice more likely to have combined mutations in both gyrA and parC) [21]. Similar findings were also reported in a more recent study [22]. In our previous study [11] in which we investigated heterogeneity features of P. aeruginosa clinical isolates by a combined approach of ERIC-PCR and SDS-PAGE profiles, the prevalence of some virulence genes (algD, exoS, lasB, toxA, and rhlAB) were also investigated. Though we do not have enough supply to evaluate the relationship between fluoroquinolone resistance and these effector toxins since we only investigated exoS+ but not exoU+ strains, we tried to draw just a rough estimation and had a look on the relationship between the exoS+ strains and multiple target site mutations. Of a total of 54 P. aeruginosa strains, 27 (50%) strains were recorded as exoS+ and from these exoS+ strains, both gyrA and parC mutations were found only in one isolate (3.7%), 20 samples (74%) had no target site mutation in either of the genes. The relatively low value of the combined mutations in gyrA and parC (3.7%) in our exoS+ clinical isolates is thought-provoking in this terms for prospective study designs.

Though detection of gyrA and parC mutations does not always imply resistance to fluoroquinolones, resistance patterns are increased by the acquisition of these mutations. Terzi et al. proposed to investigate the transcription profiles of the efflux genes MexCD-OprJ and MexEF-OprN related with quinolone resistance [23]. Additional molecular mechanisms shaping fluoroquinolone resistance can also be taken into account for future research and thus the power of combined molecular approaches can be exploited for the efficient employment of narrow-spectrum antibiotics and improvements in patients’ outcomes.

In conclusion, since gyrA mutations are the major mechanism of resistance to fluoroquinolones for clinical strains of P. aeruginosa and additional mutations in parC could lead to a higher level of quinolone resistance, these mutation screening tests would be appropriate for epidemiological surveillance. In addition, our data suggest that PCR-RFLP analysis provides simple, rapid and inexpensive detection of resistance-associated alterations in topoisomerase genes.

Dedicated to the precious memory of Professor Dr. Ismet BERBER.