Department of Physics, The University of Zambia, Zambia, South Africa 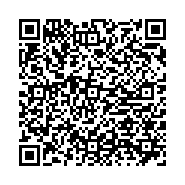 1. Divergence, in which aerodynamic forces increase the angle of a wing, thereby increasing the force.

2. Control reversal, in which control activation produces an opposite aerodynamic moment that reduces or, in extreme cases, reverses control effectiveness.

3. Flutter, which is uncontrolled vibration that can cause an aircraft to crash.

Two significant static aeroelastic effects can occur in an aeroplane. Divergence is a phenomenon that occurs when the elastic twist of a wing suddenly becomes theoretically infinite, causing the wing to fail [1]. Control reversal is a phenomenon that occurs only in wings with ailerons or other control surfaces and occurs when these control surfaces reverse their normal functionality [2].

Divergence: Divergence occurs when a lifting surface deflects under aerodynamic load, increasing lift in a positive feedback loop. The increased lift deflects the structure even more, eventually bringing it to the point of divergence.

Control reversal: Control surface reversal is the loss (or reversal) of a control surface's expected response caused by deformation of the main lifting surface [3]. Control reversal speeds can be calculated analytically for simple models (e.g., a single aileron on an Euler-Bernoulli beam). Control reversal can be used to gain an aerodynamic advantage and is incorporated into the Kaman servo-flap rotor design.

Flutter: Flutter is a dynamic instability of an elastic structure in a fluid flow caused by positive feedback between body deflection and fluid flow force. The "flutter point" in a linear system is the point at which the structure is undergoing simple harmonic motion—zero net damping—and any further decrease in net damping will result in self-oscillation and eventual failure. The term "net damping" refers to the sum of the structure's natural positive damping and the aerodynamic force's negative damping. Flutter is classified into two types: hard flutter, in which the net damping drops abruptly near the flutter point, and soft flutter, in which the net damping drops gradually.

The mass ratio of the pitch inertia of the foil to the circumscribing cylinder of fluid in water is generally too low for binary flutter to occur, as demonstrated by explicit solution of the simplest pitch and heave flutter stability determinant [4]. Structures subjected to aerodynamic forces, such as wings and aerofoils, but also chimneys and bridges, are generally carefully designed within known parameters to avoid flutter. Chimneys, for example, can emit a continuous stream of vortices known as a Kármán vortex street, which can cause structural oscillations. Strakes are typically wrapped around chimneys to prevent these vortices from forming.

Flutter can only be discounted in complex structures where both the aerodynamics and mechanical properties of the structure are not fully understood. Even changing an aircraft's mass distribution or the stiffness of one component can cause flutter in an apparently unrelated aerodynamic component. This can appear as a "buzz" in the aircraft structure at its mildest, but at its most violent, it can develop uncontrollably with great speed and cause serious damage to the aircraft or lead to its destruction, as in Northwest Airlines Flight 2 in 1938, Braniff Flight 542 in 1959, or the prototypes for Finland's VL Myrsky fighter aircraft in the early 1940s. The original Tacoma Narrows Bridge was infamously destroyed as a result of aeroelastic fluttering.

Aeroservoelasticity: Automatic control systems have been shown in some cases to help prevent or limit flutter-related structural vibration.

Propeller whirl flutter: Propeller whirl flutter is a type of flutter that involves the aerodynamic and inertial effects of a rotating propeller as well as the stiffness of the nacelle structure. Dynamic instability can occur when the pitch and yaw degrees of freedom of the propeller and the engine supports interact, resulting in an unstable propeller precession. Whirl flutter occurred on two Lockheed L-188 Electra aircraft, one in 1959 on Braniff Flight 542 and the other in 1960 on Northwest Orient Airlines Flight 710.

Transonic aeroelasticity: In the transonic regime, flow is highly nonlinear, with moving shock waves dominating. Avoiding flutter is critical for aircraft flying at transonic Mach numbers. Holt Ashley was the first to investigate the role of shock waves. Farmer and Hanson of the Langley Research Center reported in May 1976 a phenomenon affecting aircraft stability known as "transonic dip," in which the flutter speed can approach flight speed.

Buffeting is a type of high-frequency instability caused by airflow separation or shock wave oscillations caused by one object colliding with another. It is caused by a sudden increase in load. It's a forced random vibration. Because of the air flow downstream of the wing, it generally affects the tail unit of the aircraft structure.

The following methods are used to detect buffets:

• Pressure differential at the trailing edge.

• Using the Mach number to calculate separation from the trailing edge.

Aeroelasticity includes not only the external aerodynamic loads and how they change, but also the aircraft's structural, damping, and mass characteristics. Prediction entails creating a mathematical model of the aircraft as a series of masses linked by springs and dampers tuned to represent the dynamic properties of the aircraft structure. The model also includes information on the applied aerodynamic forces and how they change.