THEORY OF GRAVITATIONAL ENERGY AND ITS UTILITY 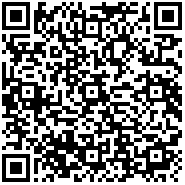 Gravitational, Electrical and Magnetic energy are one and the same and ultimate energy is the heat energy.

It is amazing how all the particles in earth’s surface co-exist. A particle on earth’s surface consists of metallic and nonmetallic elements in minute form. Our earth is quite rich in Iron, copper etc. Metals are perfect conductors. Non-metals are insulators. If the temperature of an insulator is increased, then it also acts as conductors to some extent. Finally if one end of a metal is kept hot and other cold, then emf is produced in it. Thus the temperature difference causes electrons to flow through metals and non-metals. This is how thermal noise is generated [1].

There are three cases which arise due to orientation of particles in the above layer of Earth:-

CASE I: There are particles which so placed that electrons flow through them in horizontal direction. Thus magnetic field produced is in perpendicular direction to the flow of electrons i.e. Magnetic Field is produced in vertical direction (i.e. along Y-axis in Cartesian Co-ordinate system). Thus by Fleming’s Left hand rule, magnetic force will be created in downward direction.

We have seen that depending upon how particles are placed; magnetic field is created around them. If in one layer, say, there are n particles.

Let n particles make n angles such as θ1, θ2,…, θn with the plane of layer in which these particles are situated.

The resultant magnetic field in horizontal direction is:

Resultant magnetic field produced by one layer is —

Now magnetic force produced by one layer is –

Where I1, I2, I3,………In are the currents flowing through n particles. Since particles are considered of uniform size I=I1=I2=I3=In.

Hence F=nBIL (Where L is the length of particle and B is magnetic flux density.

Considering that there are no such layers with particles of uniform Length L, total magnetic force is given by

There are many natural phenomena supporting the above theory such as creation of deserts, flow of river and others. One of the said phenomena is explained as hereunder.

Flow of Water in River

Now consider the bottom layer of river. Magnetic force of earth which acts in vertically downward direction pulls the water droplets in downward direction. Magnetic force that is acting along Y-axis gives a horizontal motion to the water droplets at the bottom layer. Thus once the motion starts, body is always in motion unless it is stopped externally. This is Newton’s first law of motion. However this layer is resisted by second layer just above it. However due to combined force of particles and bottom layer, sufficient force is provided to second layer and it starts flowing too. Similarly, other layers above them start flowing. Wind further assists them in flowing continuously.

Let gn be this gravitational acceleration of nucleus of the atom and Ma be the actual mass of atom. Then, when we find mass of an atom, what we get is “M” and not “Ma”, where

Thus really speaking, we take weight of an atom considering gravitational acceleration of nucleus. Now during fission, energy gets released, resulting in decease in value of mass. This really means that gravitational nucleus energy has been decreased due to fission and since it lessens, attraction decreases and low value of mass compared to desired mass is obtained. Thus mass and energy are not convertible. It appears that fission leads to conversion of mass into energy but it is not so.

I would like to conclude by saying that ultimate energy is heat energy. Gravitational energy, electric and magnetic forces are just the effect of heat energy. Thus all the energies are one and the same. Thus it is proved that the heat energy which is considered as the waste energy is responsible for creation of greatest force that is known to mankind as Gravitational force. This theory also proves that earth is one of the greatest magnets in the universe. This theory also explains the reason of mass appearing to be converted into energy during process of fission. It is submitted in respect of the formula E=Mc2 designed by Sir Einstein that it is not the mass that gets converted into energy but the loss of nucleus gravitational energy. It can be concluded that the difference between masses of the fissioning atoms before and after fission is actually the amount of the gravitational nucleus energy lost in process of fission.