Prevalence And Associated Risk Factors Of Bovine Trypanosomiasis In And Around Itang District Of Gambella Region, Western Ethiopia 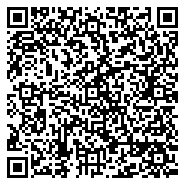 The Ethiopian country is known by huge livestock population. The cattle production is heading by double digit and according to reported data “livestock population is assumed to be 59 million cattle, 35 million sheep, 31 million goats, 2.3 million camels, more than 9 million equides (donkey, horse and mule) and 38 million Poultry”[1] and heading the other African countries. Cattle are important animals for poor communities to teaching their students, as well as other cash income farming system [2] and offer food item, products and hooves for cash income. Despite there are many constraints that will affect the target result of these purposes. Tsetse transmitted animal encourages animal product and production victims in the country. For instance dozens of Cattle, a huge number of sheep and goats, many equides and camels are at risk of contracting tsetse borne trypanosomiasis annually[3]. Therefore, this is an indication of the importance of trypanosomosis in cattle production and productivity[4].

Agricultural development and renovation of animal’s diseases are among move in parallel manor. In some areas of the country (river basins of Abay, Omo, Ghibe and Baro [5]), limiting livestock productivity and agricultural development is due to high trypanosomiasis burden distributed in the areas. Trypanosomiasis is caused by a unicellular protozoan parasitic disease found in circulatory and many tissues of vertebrates [6] and causing constraints to agricultural developments. According to reports from Ethiopia, cattle, sheep, goats, camels and horses are infected by T. Congolese, T. vivax, T. Brucei, T. envansi and T. equiperdium species respectively [7]. Vector distribution, its virulence and species of animals are influencing factors for the epidemiology of trypanosomiasis [8]. The tsetse flies infest animal’s mechanically [4] by sucking blood containing infectious trypanosomiasis and fly over non-infected animals to transfer paracitemia. Tabanus species vectors are the primary transmitter of T.vivax mechanically [9].

Trypanosome development and its life cycle are complete in both tsetse fly vectors and the mammalian host. Different forms of transformation are found in trypanosomes during their development [10]. Most tsetse transmission is cyclical and begins when blood from trypanosomes infected animals are ingested by the fly [11]. The surface coat glycoprotein of trypanosome loosed and to become infective they must get their surface coat again. The metacyclic form is the process by which infective stages of trypanosomes is released from salivary gland tsetse fly [9].

The diagnostic methods to be used for identification of trypanosomiasis are different and the easiest is based on direct microscopic examinations that afford the best means of detecting Trypanosoma species [12]. The other sophisticated method is demonstration of antibody (serological) in conjunction with clinical observation. Tsetse control methods by trap and insecticide treated livestock, which has little direct damage to the environment [13] is very effective if applied properly in appropriate circumstances. A few studies were conducted on prevalence bovine trypanosome in the Itang district of Ethiopia. Therefore, the objectives of this study were to determine the prevalence of bovine trypanosomiasis in four areas of Itang district and to assess the major risk factors associated with the disease in the study areas.

The set-up that includes locations, sex, age, breed (bovine; local breed) and body conditions of the animals were prepared before starting the collection of samples. The animals’ number mandatory for this study was calculated to take 384 based on calculation given by [14]. But for the sake of this study, 203 animals were selected based on clinical sign and history of animals complained from the animal’s owner came to the veterinary clinics. The ears of the target cattle were prepared thoroughly for blood sample collection by following the procedures for ear vein puncture [15].

The hematocrit tubes were filled with the blood samples collected from the suspected cattle and centrifuged, and then the tubes were cut 1mm below the buffy coat including the top most layers of the RBC’s. The contents of the upper layer of the tube were poured on the cover slide, covered with cover slip and examined using microscope to determine the movements of the trypanosomes species under 40x objective lens. Further, the species of the trypanosomes were identified based on their pattern of movement in wet film preparation [16].

This study employed a thin blood smear protocol indicated in the Cherenet et al [17]. A drop of blood from study animals were placed on the cover slide and gently spread with another slide by forming an angle of 45° with the first one. The slides were then immersed in the Giemsa stain for 50min after air dried and fixed with methyl alcohol. Giemsa stained slides were washed with distilled water and dried by putting on the rack at upright position. The species of the trypanosomes were identified based on their different morphological characteristics (size, shape, position, location and size) of the kinotoplast under microscope with oil immersion.

The analysis of the data was done using the SPSS (version 20.0), a software program for social science. The percentages and chi-square (χ2) outputs were used to measure prevalence and the association between the risk factors, respectively. Ninety five percent (95%) confidence interval and a p-value<0.05 were used for the interpretation of the output.

The current result revealed that there are over estimated prevalence of bovine trypanosomiasis in the Itang district. From a total of 203 examined cattle, 36 (17.7%) were positive for trypanosome parasite. This result is higher than the result reported by Olani and Bekele [18] 7.8% in lalo-kile district; Fedesa et al. [19] 7.1% in darimu district and Miruk et al. [20] and Kitila et al. [21] 7.4% in yayo district Iluababora Zone of Ethiopia in bovine respectively. In addition, the current study is much greater than the value reported by Teka [22], Dawit [23] and Feyisa et al. [24] who reported that the prevalence of 3.7% in Abaya district, 4.9% in Arbaminch and 4.4% in Didessa district of Ethiopia respectively. This difference may be associated with agro-ecological, breed, management system, distribution of vectors and control and prevention strategies implemented in the different studies. In addition the study areas are very near to the grasses and forests very favorable for the survival of tsetse flies.

From 36 cattle tested positive for trypanosomiasis, 44.4% of the predominant species of trypanosome were T. congolense which is in agreement with the work of Olani and Bekele [18] and Biyazen et al. [25] who reported that the major transmitters of T. congolense is the cyclical vector groups of Glossina species. It might also be attributable to the high number of genetics of T. congolense relative to T. vivax and T.brucei, which is highly susceptible to treatment while the problem of drug resistance are higher in T.congolense . The other justification may be the predilection sites of T.congolense in blood, while T.vivax and T. Brucei invade tissue which shows different pathotypes. The current result is by far lower than the work of Aki et al. [26] demonstrated T. congolense proportional prevalence of 75.86% and T. vivax proportional prevalence of 24.14% on cattle trypanosomosis in Pawe district, Benishangul Gumuz Regional State, Western Ethiopia. Bayisa et al. [27] demonstrated T. congolense proportional prevalence of 85% during his research on prevalence of bovine trypanosomosis in Asossa district, Benishangul Gumuz Regional State, Western Ethiopia. The highest prevalence reported in these studies may be the higher prevalence of savannah grassland; difference in geography, vector distribution, animal husbandry and management practice.

The highest prevalent of trypanosomiasis in female animals shown in present finding in consistence with Lelisa et al. [28], Takile et al. [29], Adale and Yasin [30] and Mulaw et al. [31] who did similar investigation at Mandura District Northwest Ethiopia, Guto Gida District of East Wollega Zone, Wolaita Zone Kindo Koish District and Assosa area respectively. However, this study result is not agree with study done by Teka et al. [32], in selected villages of Arbaminch and Gemeda in and around Nekemte areas of East Wollega Zone. The higher prevalence reported in female animals may be by stresses of pregnancy and disturbances encountered in female animals which makes them susceptible for infection due to decreased immunity.

The higher prevalence of bovine trypanosomiasis reported in poor body conditioned animals may be due to blood sucking trypanosomes, which results in progressive emaciation of the infected animals. The poor body conditioned animal may also be associated with other pathogens and nutrition deficiency which might make the animal more susceptible to trypanosomiasis. Nevertheless, non-infected under good condition have well developed immune status that can respond to any foreign protein better than those non infected cattle with poor condition [33]. This finding is also in line with that of Bitew et al. [34], Teka et al. ([22] and Feyisa et al. [24], Gona et al. [35] and Yalew and fantahun [36] who reported that prevalence of trypanosomiasis was significantly associated with poor body condition in cattle. The finding is also in agreement with the reports of by Dinka and Mulugeta [37], Bekele and Nasir [38] and Mulatu et al. [39] in Ethiopia, who reported high prevalence of trypanosomiasis in poor body conditioned cattle. The current prevalence of trypanosomiasis in young 4(3.8%) and adult 32(32.6%) cattle examined with statistically non-significant difference (P=0.215) is in agreement with the study conducted by Dagnachew and Shibeshi [40] in Anger valley of East Wollega Zone and Teka et al. [22] at selected areas of Arbaminich areas. Nevertheless, it’s different from study conducted by Alemayehu et al. [41] in Chena Wereda and Bishaw et al. [42] at Wembera district of West Gojam. This may be due to the fact that most of the young animals in the study area were confined to house and they don’t have access to grazing lands where the vectors usually prevail.

Bovine trypanosomiasis is the most important livestock constraint in the study area. The major species of trypanosome encountered were T. Congolese followed by T.vivax and T. Brucei. The disease is mainly affecting young and poor body conditioned animals. Therefore, an integrated tsetse and trypanosomiasis control action should be strengthened in the area in ordered to minimize direct and potential loss of livestock due to this disease. The laboratory facility should be fulfilled to enable for proper use of drugs with respect to the susceptible species of trypanosome at the study areas and awareness creation in rural communities about the parasite, vector and their impact are forwarded as recommendation for stakeholders and responsible bodies of the study district.

All authors have no potential conflicts of interest.