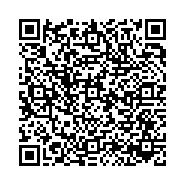 Inorganic chemistry describes the reactions of elements and compounds that, in general, do not involve carbon. The changes typically take place in laboratories, or on a larger scale in heavy industries. Typical types of change include neutralization (mixing an acid with a base, resulting in water and salt), oxidization including combustion, redox reactions etc. Organic chemistry is concerned with the chemistry of carbon and the elements and compound with which it reacts. These compounds include mineral oil and all of its products and much of the output of industries manufacturing pharmaceuticals, paints, detergents, cosmetics, fuels etc. Typical examples of organic chemical changes include cracking heavy hydrocarbons at an oil refinery to create more gasoline from crude oil, as gasoline is in higher demand than the heavier hydrocarbons, such as residual fuel oils. Other reactions include, methylation, condensation reactions, polymerisation, halogenation etc [2].

Biochemistry deals with the chemistry of the growth and activity of living organisms. It is a chemistry where most reactions are controlled by complex proteins called enzymes and are moderated and limited by hormones. The chemistry is always highly complex and is still not fully understood. Decomposition of organic material is also within the scope of biochemistry although in this case it is the growth and activity of fungi, bacteria and other micro-organisms that is involved. Typical types of change include the processes involved in photosynthesis, a process in which carbon dioxide and water are changed into sugars and oxygen by plants, digestion in which energy rich materials are used by organisms to grow and move, the Krebs cycle which liberates energy from stored reserves, protein synthesis which enables organisms to grow usingd processes controlled by RNA, etc [3].