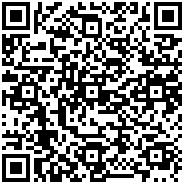 Several milk products from livestock raised using organic agricultural practises are referred to as organic milk. The use of the phrase "organic" or its synonyms, such as "bio" or "eco", on any product is often governed by food authorities. Generally speaking, these restrictions require that livestock be treated humanely, permitted to graze, and fed organic fodder or complex feed. They also prohibit the use of most medications, including bovine growth hormone, on the animals. The absence of long-term clinical investigations is just one of many challenges to drawing clear conclusions about potential safety or health advantages of ingesting organic milk or ordinary milk. Regarding the absolute differences in nutrient content between milk produced organically and conventionally, such as in terms of protein or fatty acid content, the research that are currently available have reached different conclusions. According to the weight of the data, there are no clinically significant differences between milk produced organically and conventionally, either in terms of nutrition or safety.

Studies have analysed the chemical composition of organic and conventional milk and found some differences. Due to variances in the tests that were performed, the testing season, the brand of milk tested, and how the whims of agriculture alter the chemical makeup of milk, these studies typically suffer from confounding variables and are challenging to generalise. The way the food is handled after it is first gathered (whether the milk is pasteurised or raw), how long passes between milking and analysis, and how the food is transported and stored are all factors that influence a batch's chemical makeup.

The vitamin content of conventional and organic plant or animal products did not significantly differ, according to a 2012 meta-analysis of the scientific literature, although the findings varied from research to study. Beta-carotene and alpha-tocopherol levels in milk were examined in 4 research each; the differences were diverse and not statistically significant. Few research on milk's fatty acids were found by the authors; all except one used raw milk. They hypothesise that raw organic milk may have much higher levels of omega-3 fatty acids and valeric acid than raw conventional milk.

Regarding total protein, total fat, or the other 7 vitamins and fatty acids studied, the scientists observed no discernible differences between organic raw milk and ordinary milk. According to the findings of a different study, organic milk has a similar nutritional profile to conventional milk. Although this effect does not seem to be consistent, there may be a distinct profile of fatty acids in organic milk, with a larger proportion of PUFA (Polyunsaturated Fatty Acids) relative to other fatty acids. In milk with less fat, this difference will be less noticeable. Compared to conventionally produced milk, organic dairy products contain significantly more protein, total omega-3 fatty acids, and five other fatty acids, but significantly less linoleic acid, oleic acid, and omega-6 fatty acids, according to a less thorough review published in 2012 that only examined data from studies published between 2008 and 2011. Additionally, it was discovered that compared to conventional dairy products, organic dairy products had a much better omega-3 to -6 ratio and 9-desaturase index.

The fear among consumers that conventional foods can contain pesticide and chemical residues fuels the preference for organic food. The presence of pesticide residues in organic milk has not been extensively studied. The current information "indicates that ordinary and organic milk contain equal trace levels of chemical and pesticide residues," according to one analysis of the literature.