Classification and Characterization of Yogurt 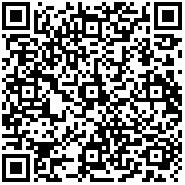 Yogurt is prepared when the bacteria in milk is fermented. The microorganisms that are utilised to make yogurt are known as yogurt cultures. These bacteria turn milk sugars into lactic acid during the fermentation process, which combines with milk protein to give yoghurt its signature acidic flavour and texture. The milk that is most frequently used to produce yoghurt is cow's milk. Yogurt may also be made from the milk of water buffalo, goats, ewes, mares, camels, and yaks. It can be either raw or pasteurised. The effects of each variety of milk are very diverse. Streptococcus thermophilus and Lactobacillus delbrueckii subsp. bulgaricus microorganisms are used to make yogurt. Additionally, additional bifidobacteria and lactobacilli may be introduced before, during, or after yogurt culture. In certain nations, yogurt must include a certain number of Colony-Forming Units (CFU) of bacteria. Yogurt must contain at least 1 million CFU of lactobacillus per millilitre.

To prevent curds from forming, milk must first be heated, typically to around 85°C (185°F), before being turned into yoghurt. The milk is heated and then allowed to cool to around 45°C (113°F). To allow fermentation to take place, the bacterial culture is added, and a warm temperature of 30-45(86-113°F) is maintained for 4 to 12 hours. Higher temperatures operate more quickly, but run the danger of a lumpy texture or whey separation.

Traditional yogurt: By adding microorganisms to milk, yogurt is made and thickened, giving it, its well-known tart flavor. The bacterial culture is added after cooling the milk after it has been cooked to prevent curds from developing. The majority of yogurt contains living, active cultures that support digestive health. Americans are accustomed to the smooth, creamy texture of regular yogurt. Although it is not as thick as other yogurt alternatives since it is unstrained, it is still too thick to consume.

Greek yogurt: Greek yogurt is strained to eliminate the liquid and whey after the yogurt base is made, giving it a thicker consistency than regular yogurt. Greek yogurt is a well-liked alternative to sauces used in savory foods because of its strong sour flavor.

Australian yogurt: Australian yogurt is unstrained, just like regular yogurt. Greek yoghurt is thicker than standard yogurt but has a creamier texture since it is cooked more slowly and for a longer period of time than ordinary yogurt.

French yogurt: French-style yogurt is cultivated in the individual-sized containers it is served in, as opposed to being manufactured in a big vat and then split into containers. Like regular yogurt, it is unstrained, but it has a smooth, creamy texture and is less sweet than other yogurts.