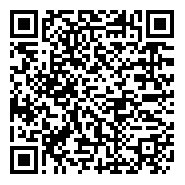 The pattern of dairying in India is a sharp contrast to that in the advanced countries of the world, where specialized dairy farming is quite common. India has only a few specialized dairy farms and it is the small scale production that characterizes the dairy industry. The typical size of milch animal holding is only 1-3 due to poor economic conditions each yielding only a few kilograms of milk per day. Milch animals are reared mainly though the utilization of crops residues in India. During the past few years there has been a steady increase in the milk production in India. The trend of the past two decades indicates that global milk production has grown only by 0.78% as against the growth rate of 4.07% in India. With this high growth rate the annual milk production stood at 110 million tons in 2009 contributing nearly 16% of the global milk production.

Today India has the distinction of being the largest milk producer in the world, being 110 million tons in 2009, despite very low productivity per animal. Cow milk accounts for about 41% of the milk produced in India, buffalo milk makes up about 55% and other milch animals such as goat, sheep and camel account for the remaining 4%. The highest cow milk production was registered by USA accounting for a share of 15% in the world, whereas buffalo milk production was the highest in India with a global share of 67%. While in US milk production decreased slightly in 2007 only to recover rapidly in 2008, it is expected to rise by 1%-2% in the European Union. A recovery in production is imminent in Oceania owing to favorable weather since the beginning of 2008-2009. Higher feed costs have limited domestic market growth in Canada and Mexico

Domesticated cattle are usually classified into two major groups namely Zebu and European. Most of the cattle originated in the tropics belong to the zebu species. The external trait which most clearly separates zebu from European type cattle is the hump over the shoulders. The term humped cattle is frequently used as a synonym to zebu cattle. Zebu cattle are well adapted to the tropical environments mainly owing to a highly tolerant to heat, partial resistance to ticks and thus to the many tick-borne disease occurring in the tropical countries, they do not require high levels of nutritious food, low metabolic rate and may be also more efficient digestion at low feeding levels. However, the potential for milk production is poorly developed in most zebu cattle and therefore the milk yield is low. Exotic breeds namely jersey, Holstein-Friesian, Brown Swiss and Red Dane were employed for the venture. Some of the well-known indigenous breeds of milch cattle are Sahiwal, Red Sindhi, Tharparkar, Haryana and kankrej. For small and marginal famers and in conditions where feed resources are limited up gradation of non-descript stock could be done by utilizing superior germplasm of indigenous breeds. Systematic efforts to increase milk production in tropical countries by cross breeding with European dairy breeds dates back to early years of the last century.