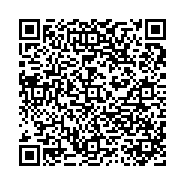 Heart diseases are the leading cause of death in world among all communicable and non-communicable diseases. South Asian countries have one of the highest prevalence of heart diseases. South Asians living in western countries have shown higher prevalence of heart diseases and related risk factors as compared to the local population. In addition, South Asians have highest risk for developing heart disease at a younger age as compared to other ethnic groups. Diet is an important lifestyle factor contributing to the increased risk of heart diseases. The traditional South Asian diet generally consists of high fibre and healthy foods like fruits, vegetables, rice, beans, meat, legumes, fish and nuts; though it varies by region within Asia. Migration and acculturation are associated with changes in chronic disease patterns. The existing literary evidence points to unfavourable dietary change among South Asians after migration to western countries and thus an elevated risk of coronary heart disease and diabetes type 2.

There are 18579 Pakistanis in Netherlands according to the Central bureau of statistics, The Netherlands; 10493 are males while 8086 are females. The early Pakistani migrants can be called as the ‘fortune seekers’ who came into the Netherlands in the 1960’s and early 1970s. The latter wave of Pakistanis consisted of asylum seekers, imported brides or bridegrooms and the latest wave of migration consists of some highly skilled migrants. A literature review has shown high prevalence of heart disease and related risk factors among indigenous and immigrant Pakistanis also exhibiting gender and ethnic differences. An unpublished study regarding the food intake in relation to heart disease has shown that Pakistanis reported an increase in the consumption of convenience foods, fruits, soft drinks/soda, dairy products and white meat and decrease in the intake of food items like high fat/ fried foods, deserts/candy/sweets and red meat after migration to the Netherlands. An increased consumption of convenience foods and soft drinks increases the risk for development of diabetes and heart disease. The sample size for this study was not very large (154 participants) and it was also not very representative of the general Pakistani population, so we need to be careful while generalizing the results of this study. Pakistanis living in the Netherlands have higher prevalence of heart disease, diabetes and obesity as compared to the Amsterdam population. In addition, Pakistanis living in the Netherlands also consume fewer vegetables but more fruits as compared to the Amsterdam population. Fruits and vegetables have a protective effect against heart diseases.

There is consistent trend for lower intake of vegetables and high intake of convenience foods, sugary drinks and intake of tea and coffee with sugar among South Asians after migration to the western countries which could be the cause of high prevalence of heart disease related risk factors this group. Preventive measures should be taken by the governments, policy makers, health scientists and the communities themselves to reduce this huge burden of non-communicable diseases.