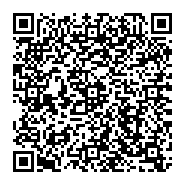 Deep fat frying is a popular food preparation technique in south Asia because it is a fast and convenient process [1]. The quality of the frying oil and the quality of the food fried in that oil especially sunflower oil are intimately related. The repeated use of frying oil produces the undesirable constituents that may pose health hazards such as chronic infection causes in throat and stomach [2,3]. The lipid oxidation is one of the very important deterioration reactions which affect the edible oils and it is initiated by various factors including light, elevated temperatures, oxygen, and water contaminated from the food being fried. During the frying process, the edible oils are subjected to thermal oxidation, polymerization, and hydrolysis, and the resultant decomposition of the products adversely affect the flavour and colour (yellow to dark reddish), it is vigorous mostly in the seashore region due to presence of excess moisture (humidity) [4-6]. The deterioration of frying oils generally is followed by changes in free fatty acid level, color of the used oil, or an increase in polarity of the oil. Thus, various criteria are used to moderate when the frying oils need to be discarded. The traditional chemical methods of oil analysis are commonly time consuming, expensive and/or need substantial amounts of solvents. Further, the development of a simple and rapid test is needed in order to capably monitor the oil quality. We simply demonstrate the use of optical transmission analysis system along with optical absorption spectroscopic method and its chemical structural analysis by Fourier transform infrared (FTIR) for quality control and monitoring process for frying oil and fried products in the food industry [7-9].

In this manuscript, we report our results on use of optical absorption/transmission measurement and the absorption coefficient of unexposed/exposed Sunflower oils. Further, Fourier transform infrared (FTIR) spectroscopy was used to classify and differentiate various intensities of oil rancidity and to discriminate between good, marginal, and unacceptable frying oils.

For the present investigations the commercially available extra virgin sunflower oil were purchased from (K. S. Oils Ltd, Mumbai). More specifically, two types of sunflower oils were used, as received and the exposed sunflower oil. The possible antioxidant effect of oregano in oil was tested.

This method measures the oxidative deterioration in terms of specifically design Absorption/ transmission spectrum analyser. The absorption coefficients of their special attentions with special reference to oxidative deterioration were investigated separately. In order to determine if the deterioration of edible oil can be detected by the measurement of absorption/transmission intensity we monitored the change in position of spectra and in the intensity. The FTIR spectra were recorded for all the exposed and unexposed samples of oils and the all spectra were recorded with a resolution of 4 cm−1 and with full scan from 4000-400 cm-1 and at same ambient atmospheric conditions. The spectrophotometer data were also recorded for all the samples at ambient temperature condition to confirm the percentage of free fatty acids FFA and acid values. Figure 2. Variation of absorption coefficient as function of Wavelength of light.

The FTIR spectra of lipids contain predominantly bands arising from vibrations of the hydrocarbon chains, with some contributions from those of polar groups were observed as shown in Figure 3a. Figure 3b to f shows the FTIR spectra of sunflower oils with various frequency range. From FTIR data it is observed that the major bands in the spectral region below 1800 cm−1 can be found at about 1537.26 cm−1 (symmetric rock in cis double bond δ (C–H), 1556.55 cm−1 (in-phase methylene twist), 1519.90 cm−1 (scissoring mode of methylene δ ( CH2), 3008 cm−1 (cis double bond stretching ν(C-C) at 2922.15 and 2854.64 cm−1 (ester stretching ν(C-O) [10,11]. The region between 2854.64 and 2922.15 cm−1 (Figure 1a) is characteristic of the symmetric and asymmetric C–H stretching vibrations of methyl and methylene groups. At about 3007 cm−1 the symmetric, C–H stretching vibration can be found. The major differences among the exposed and unexposed sunflower oil samples spectra are located at the bands 2854.64, 2881.65, 2989.66 and 3008 cm−1 (Figure 1a), which correspond to vibrations in cis double bonds. The intensities of these bands reflect the total unsaturation and correlate with the iodine values of the oils. They differ in the percentage of saturated, mono- and polyunsaturated fatty acids, the iodine values ranging between 80 for virgin olive and 166 for sunflower oils. Figure 3a shows the regions of the most prominent changes in the FTIR spectrum of sunflower oil during the oxidation process [7-14]. Generally, the bands which were not involved in C-C losses or isomerisation did not change during the oxidation process. The small changes compared to the intensity in the region between 2852.71 and 2989.66 cm−1 were observed for exposed and unexposed sunflower oils, but the interpretation of these changes is very difficult, due to the origin of these bands. In exposed sunflower oils a change of the C-O ester band was observed, which indicates that hydrolysis is taking place. Hydrolysis occurs at higher temperatures but near sea shower region may get capture easily and in presence of moisture. It was therefore decided to use the intensity of this band to normalize the intensities of the bands shown in Figure. This was done in order to better visualize the general tendency of the bands to increase, decrease or to be shifted. The normalization corrected for small intensity variations across the whole spectrum that occurred due to changes of the density and viscosity of the oil. The spectrum of virgin sunflower oil showed initially a band located at 2959.33 cm−1 (Figure 3a) which can be assigned to the C-C stretching in highly conjugated systems, like carotenoids. These compounds are present in virgin sunflower oil but not in the refined oils. Carotenoids have antioxidant properties as radical scavengers and singlet oxygen quenchers in lipid oxidation [12-14]. The antioxidative behaviour of carotenoids is closely related to its own oxidation and the loss of carotenoids could be clearly observed at the beginning of the heating period in the band at 2922.15 and 2881.65 cm−1. Figure 3a. Regions of the most prominent changes in the FTIR spectrum of sunflower oil during oxidation: (a) entire spectra, (b) 400-700,(c) 700-1000 and (d) 2700-3600 cm−1, Trans-9, 10- and cis-9, 10-epoxystearic acids are oxidation products of the oleic acid with the oxirane group at the double bond site. Apart from the C–H stretching region both oils exhibit bands of medium intensity at 3008 cm−1. Unfortunately, they coincide with the major bands of the other oil like sunflower oil and other bands present in the spectra are very weak. Consequently, the identification of this kind of compounds in the oxidized oils was not possible. This shift and also the gain in intensity are due to conjugation with the C-C bonds. The FTIR intensity of C-C stretching band located at 1614.41 cm−1, 1633.70, 1651.06, 1681.91 and 1697.35 cm-1. For all the studied oils, a broad band appears in the region between 3008 -2852 and 1700 cm−1 as oxidation proceeds, as can be seen in Figure 3b and c, for sunflower oil. To better visualize the changes, the spectrum of the non-oxidised oil (t = 0) was subtracted from all the others. In this way, one broad band at around 1690 becomes clearly visible (Figure 3b and 3c). Furthermore, in the region around 1725 cm−1 a slight increase can be noticed. With the help of the spectra of the reference compounds, these bands can be assigned. At 1725 cm−1, the C-O stretching of saturated and around 1690 cm−1 the C-O stretching of conjugated unsaturated aldehydes.

The most characteristic changes in the lipid structure during oxidation are the loss of unsaturation due to attack of oxygen and the following radical reactions. The general loss in cis double bonds during the oxidation process can be observed in the bands 3008 and 1537.26 cm−1 in both oils spectra. Figure 3f shows the changes in the C-C and C-O stretching region during the oxidation process for sunflower oil. The spectra have been normalized to the intensity at 2922.15 cm−1 and the spectra of the non-oxidized oils have been subtracted. Apart from the above-mentioned bands, a decrease in the band at 640.36 cm−1 is observed Figure 3b. This band was assigned to trans double bonds in a spectroscopic study of fatty acid methyl esters in the autoxidation of alkyd resin coatings. Nevertheless, trans double bonds are formed during the oxidation process, and therefore its intensity is expected to enhance. Furthermore, we can conclude that the band at 640.36 cm−1 corresponds more probably to the out of phase H-C= C-H wag vibration of cis double bonds, which must also be expected at this frequency. Figure 3c and d shows the changes in all these bands for sunflower oil, concerning the cis double bond stretching ν(C-C), band at 1697.35, 1681.92, 1651.06, 1633.70 and 1614.41 cm-1. These changes and the apparent increase in the degree of unsaturation are due to different ν(C-C) bands, arising from trans and conjugated double bonds generated during the oxidation process, that overlap with the band due to cis double bonds. FTIR spectra show the regions of the most prominent changes in the FTIR spectrum of sunflower oil during oxidation: (a) full FTIR spectrum 400-4000 cm-1, (b) 400-700 cm−1 (c) 600–1000 cm−1, (d) 1500-1600 cm-1, (e) 1600-1900 cm-1 and (f) 2700-3600 cm-1. A broad band appears in the region between 3008, 2922.15 and 2852.71 which might have originated from the oxidation process of sunflower oil. In this way, one broad band at around 2922.15 becomes clearly visible. At 1537.26 cm−1, the C-O stretching of saturated state. From the FTIR analysis it is clear that the exposed oils are showed more traces of oxidation and shifting of bands as compared with the unexposed oil samples [15].

Figure 4. Variation of (a) Sensitivity Factor and (b) Dielectric constant (k) as function of operating temperature for Sunflower oil.

Figure 5. Variation of Viscosity for Sunflower oil as function of operating temperature (a) unexposed oil (b) exposed oil.

Specifically design Absorption/transmission spectrum analyser and FT-IR spectral regions prove to be very useful for the determination of adulteration as well as for the study of the auto oxidation process. A band shift observed at 3008 cm−1 has been used to determine extra virgin sunflower oil adulteration with different types of vegetable oils. The present investigations indicate that the detection limit for sunflower oil adulteration seen is 50-75% in comparison with total variation. Furthermore, spectral changes appearing in the 3008–2852, 1732-1633.70 and 1537.26 cm−1 region, after exposing to elevated temperatures and/or exposure to ultraviolet radiation, aid the oxidation process monitoring. These changes are not present if an antioxidant compound such as oregano is added to the oil before heating while they are huge if the oil is also exposed to ultraviolet radiation. The developed method was rapid, no excessive sample preparation, and not involving the hazardous solvents and reagents. This method could be useful to evaluate the oxidative state of other cooking oils in a simple and swift way for household application and food industry.

The manuscript was written through the contributions of all authors. All authors have given approval to the final version of the manuscript.

Prof. P. S. More would like to thank Director, Higher education and Institute of Science, Mumbai for providing facilities. Dr. D. J. Late, would like to thank DST (Government of India) for Ramanujan fellowship. The research was primarily supported by UGC. Partial support by DST Fast-Track project is gratefully acknowledged.