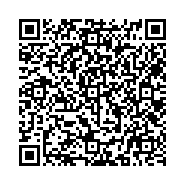 Light-exposure is a well-chronicled issue in the study of the quality of milk. Milk exposed to light during transport, processing, and storage can develop undesirable off-flavors and aromas, mainly due to riboflavin induced breakdown of proteins and lipids. Despite much study into these phenomena, most work to date has been carried out with incandescent or fluorescent light sources. The modern supply chain and retail environment is evolving, and currently the dairy industry is witnessing many suppliers adopting LED lighting in display cases, primarily as a cost saving and sustainability measure, due to lower running costs. This disregards, however, that LED lighting produces a much altered spectrum of light than the fluorescent systems currently favored. As light induces flavors in milk occur due to wavelength dependent physical processes, this review highlights the need for further study of LED light exposure of milk, to ascertain the degree to which these lights can damage fluid milk.

Light-exposed flavor is a long-studied phenomenon in the quality of milk [1]. When exposed to sunlight or fluorescent light during transportation and storage [2], the vitamins, proteins and lipids of milk undergo numerous reactions [3], some of which may lead to the development of undesirable off-flavors and aromas, or the breakdown of nutrients. Light-exposed flavor is often categorized as “light-oxidized”, not always correct in milk, due to light also triggering protein breakdown, however due to the eventual light-induced oxidation of lipid components, which typically occur after the degradation of such proteins, these terms are often applied synonymously. While light-oxidation is a complex process involving numerous components, it typically begins with the photo-excitation of riboflavin [4], a naturally present vitamin in milk, or other photosensitive components contained within [5]. Riboflavin has two functions during light-oxidation, it absorbs light; and acts as a carrier of hydrogen and electrons for reduction of other substances [6]. Riboflavin is an effective light-absorber and photosensitizer due to its conjugated double bond structure [7]. As light energy is absorbed, electrons are boosted to higher energy levels, bringing the photosensitizer to the singlet-excited state. This may occur along two different pathways, Type I or Type II. In Type I the sensitizer interacts directly with another molecule, resulting in the production of free radicals. In Type II energy is transferred from the excited triplet sensitizer to oxygen, producing the excited singlet state of oxygen [7]. Riboflavin tends to favor the Type I pathway although it may undergo the Type II reaction.

When riboflavin becomes excited it assists in the breakdown of proteins and lipids, producing compounds that generate the off-flavors distinctive of light-exposure. There are two main terms used to categorize off-flavors associated with light-exposure of milk; activated flavor and oxidized flavor. Activated flavor is created by the breakdown of serum proteins. One of the key points in the creation of activated flavor is the light-induced breakdown of the amino acid methionine, which only appears to occur in the presence of riboflavin [7,11]. Upon exposure to light methionine can degrade into methional, which can then degrade further into dimethyl disulfide, methyl mercaptan or other sulfur compounds [12,13]. These compounds are highly associated with the development of activated off-flavor [14-16]. In sensory evaluations [17], activated flavor has been described as burnt, burnt feathers, sunlight, cabbage, plastic or mushroom [18]. Some compounds may produce additional off-aromas. Methional has a boiled potato aroma [19] and dimethyl disulfide often associates with a boiled cabbage or burnt feather odor [20,21].

Oxidized flavor is created by the oxidation of unsaturated fatty acids in milk lipids. Lipid oxidation can be induced by light, metal ions or enzymes that are naturally present in milk. Oxidation appears to be initiated by singlet oxygen, which is the source of hydroperoxides that begin the reaction [4]. The sensitivity of an unsaturated fatty acid to light oxidation [22,23] increases with the number of double bonds it contains [24]. Oxidized flavor has been described as paper, cardboard, oily, fishy or metallic [18,9]. Secondary lipid oxidation products such as hexanal, pentanal and heptanal are likely responsible for these off-flavors [15] and are oftened used as surrogate measures lipid oxidation [8,25]. The compounds heptanal and hexanal are also associated with a green or freshly cut grass aroma [26]. Other sources of off-flavors may include low-density lipoproteins [13], with light-oxidized off-flavors occurring in a range of other dairy products in addition to cow's milk such as goat milk [27] and cheeses [28].

Light exposure has a negative impact on the perception of milk. Most consumers prefer the taste of non-light exposed samples to light-exposed samples. In a study by White and Bulthaus [30] consumers were asked to evaluate milk exposed to direct sunlight for 20 minutes and milk with no light exposure. Of the 278 consumers that identified the odd sample, 63% of consumers preferred the non-light oxidized milk, with 27% choosing the light oxidized sample and 10% having no preference. White and Bulthaus [30] concluded that the average consumer may not complain outright about light oxidized flavor in milk but would express themselves by purchasing less milk. Similarly, when using a dairy product judging panel, Barnard [31] reported that 23.9% of milk samples were rated fair to poor due to light-exposed off-flavor and concluded that this off-flavor contributes to a decline in milk consumption.

In addition to sensory changes, the nutritional quality and visual aspect of milk is compromised by light:

In addition to off-flavors, light-oxidation creates detrimental nutritional loss from the destruction of vitamins A, C, D and E [16]. Ascorbic acid (vitamin C) competes with fats over oxygen, causing it to rapidly degrade [32]. The rate of ascorbic acid decomposition grows as light intensity increases [33]. Riboflavin also degrades from the same wavelengths that excite it [9]. Light exposure will also change the color composition of milk. Milk exposed to direct sunlight can turn brown due to the breakdown of milk proteins [34]. A 1998 study found that instrumental readings of greenness and yellowness decreased, moving towards red and blue respectively [6], a similar result to Mestdagh et al. [23]. It was subsequently theorized that the color change was caused by the degradation of riboflavin, which is yellow-green colored, β-carotene and vitamin A molecules.

The natural components of milk can influence the development of light-exposed flavor. Several vitamins act as antioxidants to prevent the development of off-flavors or destruction of nutrients. Ascorbic acid can be an effective quencher for activated oxygen species and can prevent the degradation of vitamin A analogs [2,35] and vitamin E derivatives [36]. When combined with α-tocopherol (Vitamin E), ascorbic acid can limit the generation of light-oxidized flavor [37]. α-tocopherol can also prevent lipid oxidation to a degree when coated onto the packaging material of milk [38]. Fat content also effects the light-induced oxidation process. Fat can initially protect milk from vitamin loss and flavor defects [35] and the light-degradation rate of riboflavin is slower as the fat content of the milk increases [10,39].

Several steps may be taken to prevent the quality issues created by light exposure, with the simplest to prevent light from irradiating the milk. Packaging material has a significant effect on the development of light-exposed flavor. Generally, plastic containers have increased the incidents of light-oxidized flavor in milk [31]. High-density polyethylene (HDPE), a common material in milk packaging, is not as effective in protecting the milk as paperboard [25] or polyethylene terephthalate (PETE) [40]. This is likely due to the light permeability of HDPE when compared to PETE or other materials [41]. Tinted or pigmented material can prove effective in preventing the development of off-flavor compounds [25,42]. In a study conducted by Van Aardt et al. [40], amber colored polyethylene terephthalate (PETE) was more effective at blocking wavelengths below 450 nm and had less oxidized flavor than clear PETE containers. However, not all packaging methods appeal to consumers. Although consumers would be willing to purchase colored containers if the price is analogous to translucent containers, they typically prefer white or cream colored containers for milk [3]. Lastly, antioxidants such as the aforementioned vitamins or plant polyphenols may be used to prevent the development of light-exposed defects [37,43,44].

Recently LED lights have been rapidly replacing fluorescent lights both in the supply chain and in retail locations. LED lights are more energy efficient and have longer lifespans when compared to fluorescent lights [45]. Advances in technology continue to improve cost and performance of LEDs compared to other sources, which will likely become the preferred option for illumination in the near future [46]. The effect of LED light on the development of light-induced flavor notes in milk is unknown, however, given that key steps in the development of these flavor notes are wavelength dependent, and the wavelength pattern of LED lighting differs greatly from that of fluorescents, further study on this matter is warranted. It is possible that the breakdown of light sensitive compounds such as riboflavin in milk proceeds at a different rate under LED lights, when compared to fluorescent lighting, due to their different wavelength profiles. The presence of alternative photosensitizers such as chlorophyl and porphyrin in milk [5], each with their own excitation spectra, further emphasizes the importance on such study. Common white LED lights emit in the blue spectral region at 460 nm [46,47]. This is close to the 450 nm absorption peak of riboflavin found to be most destructive [9,16]. Excitation maxima have also been reported at 225, 275, 400 and 570 nm [8]. As stores switch to LEDs for cost savings reasons, this change may unintentionally impact the quality of milk. As illustrated in Figure 1, the intensity of emission differs with wavelength significantly between LED and fluorescent light, as also demonstrated by Heffernan et al. [47]. This implies that the rates at which riboflavin and other light-sensitive compounds become degraded may not be the same under fluorescent and LED light, which may consequently affect the ultimate sensory properties of the milk [48]. Given the downturn in sales of fluid milk, coupled with this uncertainty surrounding the physical effect of LED light exposure on milk, we believe that this area may be a fertile source of research in future years for the dairy sector. There exists a rational likelihood that LED lights have a differing impact on the sensory quality of milk when compared to exposure from fluorescent lighting. As the majority of consumers prefer the taste of light protected milk to light-exposed milk [49], switching fluorescent lights with LEDs for energy efficiency may affect the milk's flavor, and further influence sales of dairy products. Reduction in light-exposed off-flavor may be especially important in encouraging children and young adults to drink milk, with the goal of ultimately turning them into future milk consumers, as teenagers have been shown to detest the taste of light-exposed milk [22]. Though LEDs are being enthusiastically implemented as light sources, fluorescent lights may still be present in a proportion of dairy cases. In a recent informal survey of retailers in the central New York region, 11 out of 26 surveyed grocery stores had fluorescent lights, while the remaining 15 had LED lights installed in their dairy cases (author's unpublished observations).

The varying wavelength profiles created by the inherent mechanics of each light source is likely the cause of any variation in sensory properties of milk. In further studies, both human sensory and gas chromatography analysis would be helpful to investigate the correlation between the perception or concentration of specific aroma volatiles, and the method of light exposure.